For almost seven years, for reasons still unclear to me, I have been following online news reports about various infectious diseases. My blog H5N1 started with a rare, potentially catastrophic virus also known as bird flu. But it soon expanded. 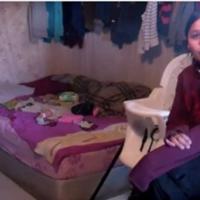 Attawapiskat: Haiti at 40 Below Zero

Especially since 2009's swine flu pandemic (the virus is H1N1), I've been blogging about many diseases and the conditions that spread them: climate change, earthquakes, political violence. Again and again, I've been reminded of the terrible truth spoken by the German pathologist and politician Rudolf Virchow long ago: "Medicine is a social science, and politics is nothing else but medicine on a large scale."

The media cover disease in a predictable pattern. Normally, local outbreaks get only local attention. For an outbreak to gain worldwide interest, it must be sudden, surprising, and as fatal as possible. Even then, media interest is likely to fade within three or four weeks.

As well, governments are usually keen to discourage media interest in disease. Outbreaks make the local government look bad, and they discourage tourism. Apart from that, the public itself doesn't want to think about disease and dying if it can possibly avoid it.

Given such widespread attitudes, I found it easy to compile this list of the 10 most underreported health stories of the year:

10. Neglected tropical diseases. These diseases afflict people in hot, humid countries with few resorts catering to North Americans wanting to get away from it all. They include roundworm, hookworm, lymphatic filiariasis (120 million cases), river blindness (37 million cases), snail fever, trachoma, and trichuriasis. They're not glamorous, and people in temperate-zone countries don't have to worry much about them.

9. Pakistan floods, and dengue. Apart from being bombed by U.S. drones, Pakistan has had two consecutive years of disastrous floods resulting in crop failures and many waterborne diseases affecting millions. Since Pakistan is widely regarded more as enemy than as ally, funding to help the victims has not been generous. As well, the country has suffered a brutal outbreak of dengue (also known as breakbone fever). Dengue is a worldwide problem but gets little attention in North America.

8. Social determinants of health. While income inequality has suddenly become a big issue thanks to the Occupy movement, neither public nor media have really grasped why it's an issue: inequality makes you sick and then it kills you early. But it does so by inducing stress-related diseases, often self-induced like smokers' cancer and alcoholism. So the media and the public both prefer to blame the victims.

7. African cholera. Cholera has been sputtering away from Ghana to Somalia, with almost no interest outside a few non-governmental organizations. PressTV, an Iranian news source has been almost alone in covering cholera deaths in Somalia -- which it implicitly blames on the U.S.

6. Spread of drug-resistant diseases. Even here at home, we don't seem to care that bacteria like S. aureus and C. difficile infect one in nine Canadian hospital patients and cause 8,500 to 12,000 deaths a year -- making them the fourth-largest cause of death after cancer, heart disease and stroke.

5. Housing/health conditions of Canadian aboriginals. Attawapiskat didn't come out of nowhere; many other reserves suffer the same problems, and our First Nations suffer, in effect, from social determinants of health that make them more vulnerable to alcohol, drugs, HIV, and tuberculosis. As endemic problems, these don't draw much public or media interest, and Attawapiskat could be just another quickly forgotten outrage.

4. The AIDS funding cut. Admittedly, this came late in the year: on Dec. 1, World AIDS Day, the Global Fund to Fight AIDS, Tuberculosis and Malaria announced a major funding cut. Canada's Stephen Lewis, who served as the UN Envoy for AIDS for many years, called this a "sucker punch" and "just the latest blow in a long list of betrayals on the part of the donor countries." He also pointed out that we are finally making progress against a disease that, WHO says, has killed 25 million people in 30 years; 34 million are living with it.

3. March 11 aftermath. The Japanese earthquake and tsunami got a lot of attention at the time, especially after the reactors at Fukushima went into meltdown. But since then it's become a strictly local story.

2. H5N1 worldwide. The virus everyone thought would cause the next pandemic is still out there. It's actually a neglected business story, because bird flu has badly damaged the poultry industries of countries like Thailand, Vietnam and Bangladesh. But it still infects people as well, and it retains the potential to mutate into an easily transmitted form. Governments dealing with human H5N1, such as Egypt, Cambodia, and Indonesia, are notably modest about providing details.

1. Cholera in Haiti. After a standard flurry of interest when cholera broke out in Oct. 2010, the disease continues to sicken and kill Haitians in large numbers. As of Nov. 24, the official tally was 513,997 cases and 6,908 deaths. But that's from the Ministry of Public Health and Population, which releases almost no information except those delayed statistics. The U.N. says it needs $109 million (US) to fight Haiti's cholera but has just $95 million. Meanwhile, the U.N. "peacekeepers" who imported cholera from Nepal have a budget eight times what the UN cholera appeal has raised. Neither the Haitian nor the international media pay any serious attention to cholera now.

No doubt the under-reporting of these stories has plenty of good reasons: tight budgets for correspondents, the constant flood of new upheavals, and the public's short attention span.

But many of this year's disasters could have been mitigated if the world had paid enough attention. Many of next year's disasters will build on this year's neglect: another flood in Pakistan, bacteria even more resistant than MRSA and C Diff., more alcoholism and diabetes among our First Nations.

Networks of concern do operate, especially online. They link health agencies, NGOs, public-health experts, and a scattering of bloggers and tweeters. But they are no substitute for informed publics that can push governments into doing more. We need that kind of push -- for our own sake as well as that of the people in faraway countries.