Even squalor has a web presence in a high-tech world. The Cree community of Attawapiskat has its own website (under construction). A page on Wikipedia tells us the community has at least six TV channels and three radio stations including CBC Radio One. They can see and hear the rest of us, but until now we haven't seen or heard them. 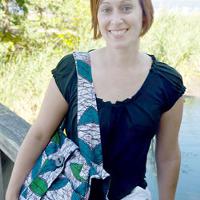 Taking Stock of Poverty in Southern BC

Thanks to the new media, that's changed almost overnight. A ten-minute YouTube video by Timmins-James Bay MP Charlie Angus that you can play at the top of this story has played a major part in getting our attention.

Seeing the way people live in Attawapiskat is a shock. In a shack with no water, and electricity via an extension cord from next door, small children watch a big flat-screen TV showing them how the rest of the country lives.

In Attawapiskat, a couple of abandoned trailers now house over 90 people. Like the shacks and tents heated by oil-drum wood stoves, the trailers are a major fire hazard. In Charlie Angus's video, a doctor quietly lists the health hazards of these living conditions: respiratory and gastrointestinal infections, skin infections, mental health problems.

'How does anyone feed their families?'

CBC TV reporter Adrienne Arsenault, visiting with other media, tweeted that she'd "Bought 6 apples and 4 small bottles of juice in #attawapiskat for $23.50. With those prices how does anyone feed their families in these fly in communities?" One of the ironies of aboriginal housing is that it's cheaper to feed kids candy and entertain them with cartoons on a flat-screen TV than to build them a safe, warm, clean house and feed them properly.

Attawapiskat should not have come as a surprise. In a June 2011 report, the Office of the Auditor General noted that the federal government (Indian Affairs and Northern Development Canada (INAC) and the Canada Mortgage and Housing Corporation (CMHC)) spent $1.486 billion on aboriginal housing between 2004 and 2009. In that time, Ottawa paid for 9,362 new housing units and 13,062 major renovations.

But existing housing was decaying and demand for new housing was growing. According to INAC (now Aboriginal Affairs), demand for housing on reserves rose to over 20,000 units in 2008-09 from 8,500 in 2003-04, a leap of over 135 per cent. Five per cent of aboriginal housing needed replacement in those five years, and 40 per cent needed major renovations. The average cost per house, built or significantly renovated, rose by 50 per cent, to $64,000 from $42,750. Attawapiskat Chief Theresa Spence has said the cost of a new house on her reserve is $250,000.

The auditor general estimated that in 2009 First Nations reserves needed "20,000 plus" new or renovated houses. Irving Leblanc of the Assembly of First Nations (AFN) told The Tyee in a phone interview that the backlog is closer to 85,000. On page 54 of its detailed Housing Policy Guide, the AFN has argued that any reserve house should include one bedroom for each adult or couple, one for each child aged 16 or older, one for two children of the same sex up to age 16 and one for two children of opposite sex up to age 5. Let's say four bedrooms will meet most families' needs.

Leblanc told The Tyee that Chief Spence's estimate of $250,000 per unit reflects the remoteness of Attawapiskat. Even then, the services for that unit -- electricity, water, sewers -- would be paid for out of a separate program. On average across Canada, Leblanc said, the cost of a First Nations housing unit is about $150,000. Again, that's just for the unserviced unit. 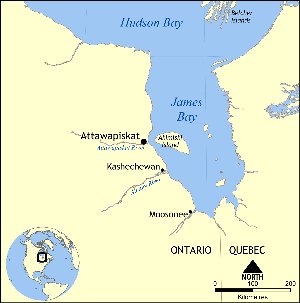 $17 billion looks like a lot of money. But as a recent Tyee article noted, the U.S. Government Accounting Office projects that the F-35 stealth fighter will cost $156 million per unit. The Harper government plans to buy 65 of them, which would require $10.4 billion tax dollars -- plus untold amounts in maintenance over 20 or 30 years.

The contrast between spending for the military and prisons and spending for aboriginal housing points to an odd Conservative fondness for what economist Paul Krugman calls "weaponized Keynesianism": Government spending for useless destructive technology is great, but government spending that might actually improve people's lives and enhance the economy is despised.

While many reserve homes are social housing, fully subsidized by CMHC, some reserve residents have to buy, lease or rent their housing, usually from their own band office. The process is elaborate, expensive and bureaucratic. As the First Nations Building Officers Association pointed out last summer, many reserve homes are so shoddily built that the foundations need repair every five years -- adding $120,000 to the cost of the house over its 50-year life cycle.

But lower housing costs are available in exchange for "sweat equity" -- the purchasers helping to build their own homes. That policy might be extended and improved by offering trades training to reserve residents, and then putting them to work as band employees on building more homes. Building to rigorous standards would ensure safer, cheaper housing in the long run.

Actually committing to a countrywide First Nations housing program would have obvious benefits, and not just to the First Nations themselves. The construction industry would thrive. Trades training would enable many young First Nations people to build homes both on and off reserve. As one of our fastest-growing demographics, such workers would contribute to the tax base supporting aging Canadians. And aboriginal people living in clean, warm, dry houses are likely to make fewer demands on social and health services.

The public-health disaster in Attawapiskat has been going on for years if not decades. Like earlier First Nations horror stories, it could be a one-week wonder as the media loses interest. The issue is how to sustain that interest so we can address aboriginal housing nationwide with the same urgency we are belatedly giving to this one small community. The temptation of our politicians will be to hold a few meetings and let our First Nations continue to suffer chronic misery as Haiti does -- but Haiti at 40 below.