"Something is happening and you don't know what it is, do you, Mr. Jones?" 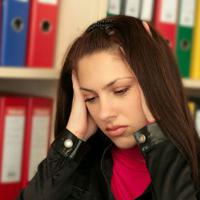 That Dylan song has drifted through my mind more than once over the past year, in a number of contexts.

The Occupy movement, for example. "We are the 99 per cent" goes their slogan (one of them at least), referring to the disproportionate share of the economy occupied by the rich.

To which conservative mass media (are there any other?) respond with the spectre of "class warfare," evoking Bolshevik execution squads -- blindfolded men and women in Patik Philippes and Manolo Blahniks put up against the Wall Street wall and mown down.

An attractive image perhaps, but I don't think it's about the rich. For one thing, as most people know, there are good rich and bad rich. Is anyone going to pretend Bill Gates hasn't done at least some good? And whether or not George Soros funds it, who in the Occupy movement wants him to disappear?

Put simply, North America suffers from a cancer of the management class.

Not to be offensive, but these people are breeding like rats.

Does an institution exist in North America, public or private, that has not increased its complement of managers, while decreasing the number of people who actually do the job?

Sure, the product is being produced -- by being "outsourced," meaning that the jobs are subcontracted to countries and constituencies where labour is cheap and benefits need not apply; and "rationalized" -- in which fewer and fewer people produce more for less, overseen by a tier of management and sub-management for each stage in the process.

The trend has been going for a century, but of late it seems to have entered a pure, lethal phase, purging the economy of real products and services and replacing them with speculative mathematicians.

The flow chart. The balance sheet. The algorithm. It's what managers are trained to know and, more and more in recent years, it's all they know. In the absence of physical workers in the building to watch over and whip into shape, managers stare at computer screens and crunch numbers, creating for themselves a meta-industry in which people just don't factor in at all, other than as consumers.

I first became aware of this invasive pathology several years ago, when I learned that the previous position occupied by the CEO of CTV, one John Cassaday, was as vice president of Campbell's Soup.

What does TV production have in common with soup production, you ask? Well I'm sure you could find commonalities and synergies, but should you be surprised if an evening's TV schedule comes out looking a lot like different flavours of the same soup?

I know I have reached an unbelievably old age, because I remember a time when the management of a company consisted of people who had acquired some experience with the specific product. People who had "moved up the ranks," who could not only could oversee the job but knew what it was like to be actually doing it.

Evidently I was in a fool's paradise.

In 1908, Harvard opened its business school, which introduced the concept of management as a skill in and of itself, regardless of the product; and in doing so, it gave birth to a cult. Like Scientologists, contemporary managers believe they have a scientific formula that transcends all the messy particulars of life here on earth. In other words, they have The Answer. In that sense, managers are the new Bolsheviks.

John Cassaday graduated from the Rotman School of Business, one of hundreds of institutions that imitate Harvard in promulgating the idea that you can run a business as an abstraction, the way a hired assassin can kill anyone he or she is hired to kill -- and just look at the tuition fees! A Queens MBA will take 16 months and cost you 75 grand -- and worth every penny, because you come out of it with the sacred knowledge, the mystique. (The relationship between management and witchcraft is something I won't get into; it would be a disservice to Wicca.)

In an era of decreasing government support for higher education, what university is going to pass up on that? As a result, MBA programs have multiplied like those other supposed springboards to Success -- cosmetic surgery clinics, weight-loss programs and personal coaches. I counted 38 MBA's in Canada, including the universities of Athabasca and Cape Breton.

But can you bake a pie chart?

Like any toxic phenomenon, Management is most lethal in its purest form.

The mathematical thrust of the discipline really zoned in with the advent of the computer and the Internet, so that by the mid-1990s, more and more MBA graduates had gravitated to the financial services industry -- and small wonder, for the profession allowed them to use their training in an industry undiluted by the exigencies of soup or television production or anything else you touch or use or see or hear.

Is it any wonder that the mathematical logic of management took people to logical conclusions -- credit default swaps for example -- that nobody outside a computer chip could really understand? And just look what happened.

Even so, let's not fool ourselves into thinking that the colossal failure of the financial services industry will diminish the mystique of management itself -- in which a single CEO is deemed to be worth a sum equal to the gross national product of a third world nation.

Meanwhile, when everything can be expressed in flow charts and pie charts and sales charts, do we wonder that North American culture has become more and more standardized, rationalized, homogenized? Should we wonder why it all comes down to one talk show format, one TV news format, one action movie, one song length?

As often happens, when it comes to trends in the culture, the canary in the mineshaft has been the music industry, in which the abstract, technological bent of management is brought to bear on an already abstract field of endeavour.

Take the process of "sampling," for example, in which music isn't played so much as managed -- surgically removed from its original context and pasted into a form that fits the airplay demands of program managers, themselves beholden to the managers who run the company -- without any of them having to play a note.

Meanwhile, musicians find themselves playing their instruments, literally, for nothing.

So it goes with teachers, nurses, ferry workers, public servants, longshoremen, waitresses, actors and salespeople find their salaries and their "lifestyles" eroding like sandstone, while their managers' "compensation" shoots up and up -- plus, of course, "performance bonuses" for showing up at the office.

As part of the cancer we must not neglect the world's political leadership -- a major branch, or tentacle, of Management. Note how, in Europe, management has metastasized to dominate the nation state, with currency unions and trade deals, creating a reigning corporatocracy under the leadership of unelected bodies such as the IMF -- for whom a referendum in Greece would be like handing the asylum over to the inmates. Similarly, under NAFTA, Canada may nor may be forced to sell its own resources, whether its citizens want to or not.

However, the inmates in the asylum are not pleased.

Never in my lifetime have the world's citizens been so uniformly disgusted with their politicians: in the U.S.A., France, Egypt, Syria, Iran, Japan and China, to name just a few. (Russia is, for the moment, an exception; Russians have a high tolerance for arbitrary despotism.)

The Occupy movement. The Tea Party. The Arab Spring. However diverse and inchoate they might seem on the traditional left-right spectrum, they all seem to want the same thing -- to fire the Management and start over.

The Managers versus the Managed: a class war has started, a revolution is coming, and it's only a matter of time.

One way or another, the infestation must stop.