The Harper government's announcement that it will change the laws regarding capital gains taxes to encourage more charitable giving strikes an ominous note for the country's political culture. Harper is mimicking -- through tax incentives -- the Conservatives in Britain who are trying to pull the same trick with what they call the Big Society initiative: promoting the privatization of social services through increased private giving. Both efforts smack of social engineering from the right. 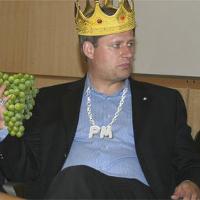 BC Must Not Hand Harper His Majority

When Harper stated that we would not recognize the country after he was through, this is in part what he was talking about.

Ideology is meaning in the service of power, and the Conservative government, libertarian to its core, intends to create the appearance of an increasingly volunteer society as it systematically guts the social and cultural role of government. Harper hopes to justify massive cuts to programs (and in general the role of the federal government period) by shifting responsibility to charities and foundations. This is the Americanization of Canada -- remaking the country in the image of the minimalist government that the U.S. has experienced for decades. The problem is that there is very weak tradition of foundations and corporate giving in this country, so it has to be engineered, too.

The notion of social engineering was one of the most popular concepts on the political right in the past (when it was out of power). The phrase is intended to describe a process by which liberals and the left (read the Liberals, the NDP and the Bloc/PQ) "engineer" society -- that is, set out to remake it by implementing government programs, intervening in the economy, and redistributing wealth so that there is a measure of economic equality (in a capitalist economic system defined by inequality). The implication is that these changes were undemocratic and thus illegitimate -- imposed by politicians, intellectuals and bureaucrats.

Those shocked at how Harper can shamelessly implement an agenda completely at odds with the vast majority of the country need look no further than this notion of illegitimacy. For Harper and his political base it can all be dismantled because it was all an elite conspiracy in the first place.

Yet right-wing social engineering is exactly what Stephen Harper intends with his program. Indeed, it is simply an extension of his policies implemented during his two minority terms. We are now a far more militarized culture than we were when he came to office four years ago with an aggressive "war-fighting" military. Our foreign policy is now in lock-step with that of the U.S., shamelessly serving corporations and aiming for the status of junior partner in an increasingly aggressive and desperate American empire.

Harper's assault on the political culture has included concerted attacks on science, cultural organizations, human rights and women's groups and now the collective bargaining rights for public service workers. None of these actions were ever part of a campaign platform or, for the most part, even legislation; they are simply seen as a political imperative rooted in the core values driving the re-making of the country.

This is true social engineering if by that term we mean the illegitimate remaking of Canadian political culture and governance. When all the social programs and the activist government that Stephen Harper seems to detest were implemented there was widespread public support for them. Governments were responding to social and labour movements pushing for these things: unemployment insurance, Medicare, subsidized university education, Family Allowances, public pensions, old age security.

These programs were not imposed by a cabal of liberal and socialist intellectuals and bureaucrats. They were rooted in the expressed values -- and votes -- of the vast majority of Canadians. At the pinnacle of this stage of Canadian democracy in the early 1970s there was a virtual consensus on the part all three federal parties about the direction of the country. This was not a conspiracy. It was democracy as it should be.

All of these elements of Canadian political culture were the result of a democratic imperative. All the polling on these government programs and the social equality they promote suggests at least three quarters of Canadians still support an activist role for government in the interests of community, not to mention the viability of families.

Bringing in the wrecking crew

If it were not so destructive and dishonest Harper's engineering project would be something to marvel at. It is multi-faceted with many moving parts and Harper is totally committed to it regardless of what anyone, including Bay Street, thinks. The political process of reversing 40 years of nation-building (begun by Brian Mulroney and Paul Martin) consists of two stages.

The crucial second stage, the gradual dismantling of federal government activism, depends on the first: the gutting of federal revenues. Logically, that stage was implemented early on with the huge, five-year, $60 billion tax cut plan implemented by Jim Flaherty in 2007, the year following Harper’s first election victory. That move, and the cut to the GST, created the deficit -- the useful crisis Harper needed.

The original plan was almost certainly to implement the cuts quickly and deeply -- early on in a majority government whenever Harper was able to achieve it. But every engineering project runs into problems and Harper has two. The first is a result of his decision to stay in power as long as possible and to take the long view of implementing his agenda. The result of this choice (a scorched earth policy of massive changes over four years was his other option) is that Harper actually has to govern the country in such a way that he is able to stay in power long enough to accomplish his goals.

His master plan did not include the worst crisis in capitalism in 80 years. This crisis is no ordinary problem as it goes to the core of what Harper believes in. If you are going to dismantle the state and hand over most of its current operations and responsibilities to the private sector you had better be sure the private sector isn't a corrupt, ideologically-addled, basket case. Suddenly, the state Harper loves to hate is absolutely critical to saving capitalism -- just as it was following the last big crisis in the 1930s.

In short, Harper's contempt for democratic governance and the activist state is running up against a capitalist reality that can't be ignored. If he proceeds with huge cuts to federal spending, Harper risks driving the economy into a long and severe recession, something that would endanger his chances of re-election. After all, the core of Harper's carefully crafted image is his role as a competent economic manager.

Who will take out their cheque books?

Harper's other problem is his naïve assumption that his tax incentives will have any appreciable impact on corporate giving (or enough individual giving) to actually create the conditions for an American-style voluntarism capable of taking over the social role of government. The Big Society scam being implemented by Britain's Prime Minister David Cameron has been widely ridiculed, with 60 per cent of Britons believing it is just a cover for government cutbacks.

Harper is so contemptuous of advice from others -- and of actual scientific evidence -- that his ideology and objectives easily get disconnected from reality. Business and the wealthy elite in Canada have never had a genuine commitment to the country. There are no Warren Buffetts in Canada. The corporate sector has for decades preferred to get its snout ever deeper in the public trough rather than be innovate or take risks. The likelihood that it will respond to this initiative is close to zero. Indeed, at virtually the same time that the government was announcing its new plan, an analysis of corporate giving revealed one, that it going down and two, that it was being tied more and more to the narrow interests of companies’ bottom lines. These are companies, by the way, that are sitting on some $450 billion of idle cash. If they won't give now, when will they?

I predict that Harper will be doubly betrayed by his cherished private sector. Corporations and rich Canadians will ignore his initiative. And the capitalist system itself appears ever more headed for catastrophe.