What landed in the Tyee's inbox was entirely in keeping with the government's handling of a contentious proposal by a natural gas company to divert large quantities of water out of Williston Reservoir. When word leaked that the government had approved the diversion scheme, a rather strange statement was issued that began by noting that the provincial Cabinet minister in charge was unavailable. 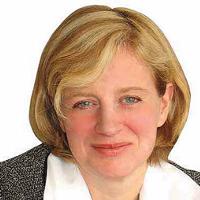 The statement was not a formal news release. Nor was it posted on any government website. Rather, it was emailed without advance notice to a few select media -- The Tyee and CBC Radio's Prince George station included.

"Good afternoon," the July 28 communiqué began. "Minister Thomson is unavailable for comment, but the following can be attributed to the Ministry of Forests, Lands and Natural Resource Operations."

And with that came formal acknowledgement that days earlier the provincial government had, without fanfare and in contravention of its earlier promise to carry out "extensive consultation" with the public, awarded Talisman Energy Inc. the right to divert up to 10,000 cubic metres of water each and every day out of Williston reservoir for the next 20 years.

The statement added one more intriguing chapter to a story that began fully a year earlier, when word began to percolate in the Hudson's Hope area that Talisman had its eye on the Williston Reservoir a short distance east of town as a long-term source of water for use in developing its gas resources.

Yet in the intervening months -- months in which local residents watched as an unprecedented rush on water resources got underway -- there was virtually no word from the provincial government about what its intentions were with regards to Talisman or a number of other energy companies with similar plans to divert large quantities of water from the region's rivers, lakes and streams.

On July 25, Hudson's Hope's residents got their answer. Water regulators in Thomson's ministry had granted Talisman its much sought after secure access to the reservoir, which is the ultimate source of about one-quarter of all of British Columbia's hydroelectricity. It is widely expected that in days or weeks, the province will issue a virtually identical approval to a second Calgary-based company, Canbriam Energy Inc., effectively doubling the water to be piped below farmer's fields at a rate of eight Olympic swimming pools per day.

All of which was approved in the absence of any meaningful public consultation -- something that local residents and the general public alike were promised more than two months ago, when Energy and Mines Minister Rich Coleman rose during Question Period to say that there would be "an extensive process of public consultation, discussion and negotiations with First Nations before anything would go ahead."

If this is what the public can expect as the government deliberates on untold numbers of other water applications of a similar magnitude, it does not bode well as far as responsible, accountable management of public water resources in the public's interest is concerned. As the government knows full well, the demand for water by the province's unconventional gas industry is booming. Currently, half or more of all gas wells drilled in British Columbia are hydraulically fractured or fracked, a process in which water is pressure-pumped deep underground (along with undisclosed chemicals and copious quantities of sand) to crack tightly-bound shale rock, which allows the gas trapped in the rock to be released.

At some well pads in northern B.C., as much as 600 Olympic swimming pool's worth of water is used in fracking operations. As of now, there are 17 long-term water licence applications submitted by natural gas companies to the provincial government in just the Horn River Basin alone, the northern-most of B.C.'s two shale gas zones currently in development. (Talisman and Canbriam operate in the more southern Montney Basin.)

The 17 applications, within the traditional territory of the Fort Nelson First Nation, would result in gas companies gaining access to nearly 20 million cubic metres of freshwater per year in a region of the province where knowledge of water resources is limited and where industry and government are scrambling to get baseline information in place.

Coleman's promise, in response to a question from Independent MLA Bob Simpson, seemed to indicate that the government understood that how water licences were reviewed and issued was an important public policy issue. But the government's ongoing actions suggest otherwise.

Simpson, representing Cariboo North, and fellow Independent Vicki Huntington representing Delta South, had days earlier called on the government to appoint a special committee of the legislature to examine all aspects of B.C.'s emerging unconventional gas industry, in large measure because of the industry's escalating water demands.

During the same Question Period in which Coleman promised fulsome consultation, Simpson called Talisman's and Canbriam's proposed water withdrawals at Williston Reservoir "the worst-kept secret" in B.C.'s South Peace region. "The question from that region is: what is the public consultation process for a water withdrawal of that magnitude? Both First Nations and the general public would like to know, from whatever minister that's appropriate for this: what is the process that the public can be engaged in, in the diversion and pipeline withdrawal of 7.3 billion litres per annum from the Williston reservoir behind the W.A.C. Bennett dam?"

Despite Coleman's promise that the public would be provided ample opportunity to scrutinize and comment on the proposed water withdrawals, nothing in the intervening eight weeks suggested anything remotely close to that happened; in fact, quite the opposite. The government kept a tight lid on its review of the Talisman application and did its best to avoid exposing public servants involved in the licensing decision itself or the politicians to whom they reported to media scrutiny.

In response to questions about Talisman's application, communications staff with the Ministry of Forests, Lands and Natural Resource Operations (FLNRO), told CBC Radio reporter Betsy Trumpener toward the end of the third week of July that a decision on the licence would be made by the end of that month.

A few days later, on Monday July 25, the decision to grant the licence was apparently made by Robert Piccini, section head of water authorizations for FLNRO in Prince George. However, subsequent calls to Piccini's office indicate that he was out of the office that week. No statement announcing the licensing decision was released.

On the following Wednesday, The Province newspaper published an op-ed I wrote noting that the decision was imminent and questioning what had become of Coleman's promise for a robust consultative process. Later that day, I checked a "water licence query" database maintained by FLNRO and discovered that Talisman's licence had indeed been granted two days earlier. (The database lists only rudimentary information such as licence numbers, licence holders and issuance dates, but no concrete details on the licences themselves.) Subsequent calls to water stewardship officials in the Prince George office were not returned.

The following day, a water stewardship official at Victoria headquarters provided me an electronic copy of the full, conditional Talisman water licence, but the ministry hadn't then posted the document online at a registry, where members of the public can view the actual licence documents (the documents were eventually posted on August 10).

Meanwhile, throughout the last week of July, Trumpener and the CBC tried repeatedly to reach Coleman or Steve Thomson, minister of Forests, Lands and Natural Resource Operations. Emails sent simultaneously to both Trumpener and Coleman's office by communications staff with FLNRO indicated that Thomson's office would be the one to respond to media questions. In other words, the minister who had promised public consultation would not be available, but the minister in charge of water licensing decisions apparently would be.

Because Talisman's application fell below 10 million cubic metres per year, Barrett's emailed statement continued, its application had not been subject to a formal environmental assessment. One reading of this particular detail was that in the view of Thomson's ministry, public consultation is really only required for those projects reviewed under a formal environmental assessment process, which of course is not true, the government's extensive public meetings to assess public input on the proposed modernization of B.C.'s Water Act being being but one example.

Another point raised in Barrett's email was that prior to Talisman's licence being approved "a technical assessment of water availability was done, as well as several meetings with First Nations in March and April and correspondence with stakeholders and local and federal governments."

In the absence of any mention in the email of Coleman's promise, the inference is that in the opinion of Thomson's ministry, "correspondence with stakeholders" -- whatever form such correspondence took -- was sufficient to fulfill the government's promise of extensive public consultation.

Who's responsible for the big picture?

All of which does not sit well with Simpson, who remains concerned that nobody is taking responsibility for the bigger picture issues. By any measure, the water coming into play in B.C.'s unconventional gas industry is considerable and will only climb as natural gas prices recover. Prices are currently low due to a glut of available gas in North America and no outlet, at present, for domestic producers to ship to overseas markets where prices are higher (ergo the push by B.C. natural gas producers to build a liquid natural gas processing facility and terminal near Kitimat, which would allow them to ship gas which has been super-cooled to liquid form on tankers bound for China and elsewhere).

"This water is a public resource that has economic, social and ecological values beyond using it for the controversial 'fracking' process," Simpson said after word of the government's approval of Talisman's water licence application came to light. "The government had an obligation to fulfill the minister's promise to conduct 'extensive' consultation before allowing this significant amount of water to be mixed with unknown toxins and then permanently removed from the Earth's water cycle."

Simpson went on to say that the minister of environment should halt the issuance of new water permits and licenses in much of northeastern B.C., where fracking operations are concentrated until baseline data is collected and the public and First Nations are extensively consulted. Simpson also suggested it is time for B.C. to consider putting a price on water for use in fracking operations in order to motivate the industry to reduce its demand on B.C.'s fresh water ecosystems.

But Simpson and Huntington, who have both elicited strong support for their calls for reforms from numerous environmental organizations, First Nations and landowner groups, are facing an uphill battle. When it comes to managing public water resources in the public interest, the government's actions to date deal the public out, not in.