For years now, everyone thought that natural gas was cleaner than coal and more benevolent than oil. The blue flame just burned purely and wasn't nearly as complicated or carboniferous as a lump of, well, bituminous coal. 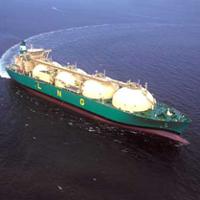 And so groups like the Natural Gas Supply Association advertised the blue flame as "the cleanest of all fossil fuels" and a brave climate change fighter to boot. Burning gas produced 50 per cent fewer carbon emissions and just decreased "harmful pollution levels" all around.

But shale gas, methane trapped in hellishly deep rock formations, has challenged this dated perception. In fact, the very stuff that energy experts champion as North America's new energy wunderkind may be dirtier than coal, if not as extreme as Alberta's dirty bitumen.

In other words, the so-called "bridge fuel" to renewable energy sources may be one troubled bridge, or perhaps another energy destination as perversely questionable as industrial wind farms.

Shale we or not?

The whole unbelievable shale story emerged piece meal from a series of often startling reports, all populated with unconventional facts. (Dirty energy is all about dirty numbers.)

This brute force tool, never a precise science, can contaminate groundwater with methane and chemicals, and even cause local earthquakes. As a consequence, France and New Jersey have banned shale gas in their watersheds, while Quebec declared a moratorium to protect its farmland. The European Union is thinking about restricting the difficult resource with "an energy quality directive."

Meanwhile, petro states highly dependent on shale gas revenue such as Texas, Wyoming and British Columbia keep on drilling with nary a word of debate or a sober second thought. (To be fair, two independent MLAs in B.C. have demanded a study on the resource that every citizen should support.)

Individual scientists and researchers have also started to ask some tough questions. Al Armendariz at Southern Methodist University in Dallas, Texas and now a regional manager for the U.S. Environmental Protection Agency, got things off to a roaring start in 2009. That's when he calculated that the compressors and equipment required to drill the Barnett Shale (a 5000 square mile region in north Texas) released more smog-forming pollutants than all the cars, trucks and airplanes in the Dallas-Fort Worth area. The engineer also recorded that 7,700 wells in the Barnett Shale sent more CO2 and methane into the air than two 750 MW coal-fired power plants.

Bad numbers in BC

Next came an eye popper from British Columbia. The province claims vast reserves of shale gas, but many sources such as the Horn River Basin contain up to 12 per cent CO2. (That's about six times dirtier than conventional gas.) Venting the climate warmer to the atmosphere, the industry's traditional form of garbage disposal, will acidify the ocean, unsettle the climate (and we're well on our way) and kill the province's climate change strategy.

A 2010 study by Mark Jaccard and Brad Griffin for the Pacific Institute for Climate Solutions concluded that adding 4 million tonnes (MT) a year to the province's GHG inventory, at time when the province needs to subtract millions of tonnes, means "that the B.C. government will sustain a 20-year Canadian climate policy tradition -- failure to meet its GHG emission targets."

The report told the government that it had several options: shut down shale gas development, abandon its climate change targets, restrict shale gas to low carbon plays or mandate all projects to "to include CO2 capture and storage," a largely unproven technology. It also recommended a comprehensive analysis on shale gas and its big tar-sands like carbon footprint.

Then came a real myth buster from Cornell University. The ecologist Robert Howarth crunched some numbers and concluded that methane leaks and venting from shale gas wells (3.6 per cent to 7.9 per cent of production or twice as much as conventional gas) made the resource's carbon footprint 20 per cent to 100 per cent greater than coal over a 20-year period. (Methane has a 72 to 105 times greater impact than CO2 over a 20-year timeframe, but only a 25 to 33 times greater impact over a 100 year timeframe.)

Howarth concluded that a lot the methane burped into the atmosphere during flow-back from fracking fluids and well completion. Substituting shale gas for coal or oil, he concluded, "may not have the desired effect of mitigating climate warming."

Around the same time, a U.S. energy think tank (Resources for the Future) looked at the abundance of shale gas and concluded that a free market policy wouldn't generate many green benefits for a bunch of reasons.

"We find that abundant natural gas supplies increase use in most sectors of the economy, but do nothing by themselves to create a bridge to a low-carbon future. Without a carbon policy in place, abundant and inexpensive natural gas fosters greater energy consumption and displaces the use of nuclear and renewable resources to generate electric power. Even though coal and oil use fall, the result is higher CO2 emissions."

But the Howarth study really took the starch out of the industry. Shale gas promoters have now overhyped, overdrilled and overproduced a fundamentally dirty but abundant resource that has now created a veritable natural gas glut. The surplus could be as troublesome as the great oil glut of the 1930s that paralyzed the Texas oil patch. That price free-fall, caused by rampant over drilling and greed, forced prorationing or an OPEC-like quota system.

Now the last chapter in this unconventional story, for the time being, hails from Canada's David Hughes, a former NRCAN scientist who has studied natural gas and coal most of his life. In a July paper for the Post Carbon Institute, Hughes contrasted Howarth's peer reviewed science with a recent PowerPoint constructed by the National Energy Technology Lab (NETL). The NETL, where standards must be falling, contested Howarth's findings but didn't provide a lot of source data.

When Hughes checked out the NETL findings, he found that the agency had low balled estimates for methane leaks and overstated production from shale gas reserves. Once these corrections had been made both the NETL and Howarth studies arrived at the same bloody conclusion: "shale gas has higher emissions than coal on a 20 year basis, and equal or lower emissions on a 100 year basis."

Expect a game-changing announcement any day now from the American Coal Council or the Coal Association of Canada: "Coal is cleaner than shale gas."