I want you to use your imagination, hard as it might be under the circumstances. Suppose there is an NDP premier (see, I told you it would be tough!) who, it's disclosed, is the honorary chairman of the B.C. Government Employees Union and let's suppose the BCGEU grants him prizes for his good service to the unions involved, including the highest award they can bestow. 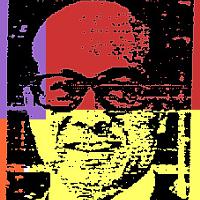 Now, you might just ask how can a government that has to negotiate for us with the union have its leader, our premier, supping at the union's table, drinking their mead, surrounded by their bonhomie, winning prizes, and then sit on the other side of the table and negotiate as hard as nails on our behalf?

I ask you, Premier Christy Clark, what you would say if you were the opposition leader and it became clear that Premier Farnworth, or Horgan, or Dix was that premier?

You would be apoplectic! Admit it! And you would be right for there before your eyes would be the clearest possible big-time conflict of interest. Not a perceived one but a real one where a premier, with the trust of the people's purse, is encouraging those who want a chunk of that money that he "is one of them."

Hold that thought because I want to speak for a moment about public-private-partnerships or what they call P3s.

This is the deal in a nutshell. Usually without any bidding, a favoured corporation does a deal with the government that guarantees them a minimum cash flow to satisfy lenders; in fact, lenders require a cash guarantee for more than the projected cost of construction so a deal, always sweet, nearly always secret, is struck. You rely upon the government to assure you that your money is wisely spent and your premier is working both sides of the street.

This, from the book titled Public Service; Private Profits by John Loxley, published in 2010 (pages 7-8):

"The P3 concept [in Canada] has benefited from the lobbying efforts of organizations like the Canadian Council for Public Private Partnerships (CCPPP), an increasingly strong lobby group, which was established in 1993 and draws its membership from both the private and public sectors. In 2009, it had fifty-eight sponsors, fifty-seven of which were companies with commercial interests in P3s, such as construction companies, banks and their financial offshoots, bond houses and bond rating agencies, lawyers and consulting companies such as SNC-Lavalin, RBC Capital Markets, John Laing, Carillion, Deloitte and Touche, Bombardier Transportation and United Water.

"... the CCPPP has a solid membership and financial base on which to promote P3s and has been able to attract prominent politicians and ex-politicians into its fold, such as PREMIER GORDON CAMPBELL of B.C., who is currently (2009) the honorary chair. The CCPPP can be considered the main ideological proponent of P3s in Canada." (My emphasis)

It takes barely a second to appreciate that here in B.C. we have had a premier and cabinet pretending to look after the public interest while concurrently and aggressively looking after the interests of private P3 partners. It is difficult not to imagine a more blatant demonstration of conflict of interest.

Giving and getting awards from P3 industry

An Award of Merit for Project Financing was also handed out.

And, who do you suppose Gary Collins is?

You got it -- our former finance minister who, along with the premier, was saved by the bell from having to testify in the Basi-Virk "trial."

There is also the curious case of the Macquarie group which is a prominent fiscal agent for the B.C. government and other public agencies and itself a big player in the P3 game.

Here is what Michael West of the Sydney (Australia) Morning Post reported back on April 4, 2008

"New York-based corporate governance service RiskMetrics Group has delivered a stinging rebuke to Australia's infrastructure sector, and in particular the 'Macquarie Model' which has ... spawned a generation of toll-roads, airports, telecommunications and power generation stocks.

"In the most detailed independent research of Macquarie Group and Babcock satellites to be published, Risk Metrics critiques the financially-engineered infrastructure model for its high debt levels, high fees, paying distributions out of capital rather than cashflow, overpaying for assets, related-party transactions, booking profits from revaluations, poor disclosure, myriad conflicts of interest, auditor conflicts and other poor corporate governance.

"RiskMetrics is a leading adviser to institutional investors both in Australia and overseas ... [this] is the first time they have strung all the pieces together, and raised doubts about the model's viability..."

The above situation was made clear, by private letter, to Premier Campbell yet the Macquarie Group continues to take part in P3 operations with the province and is still prominent in P3 contracts here.

Citizen suckers in a rigged game

One more point before I sum up -- the P3 arrangement is supposed to remove the risk from the province of B.C. It does no such thing for if the private company defaults, the province is liable.

What we have here are sweetheart deals for large corporations, which get selected without a proper or often any bidding process and, if the going gets tough, can and do demand more money from the province.

Far from a monetary benefit for us taxpayers, in fact the evidence is clear that we pay more.

We're the suckers in the Three-Card Monte game run by big business and government "carnies."

Now the clincher. Surely at the very least, taxpayers would expect the negotiations between the province and private companies to be at arm's length, not between buddies.

In fact, this is outrageous. I think of Bill Vander Zalm, who got into trouble for using Government House to entertain a potential buyer of Fantasy Gardens and had to resign. That, in my view, pales into insignificance compared to the conduct of Campbell and Collins.

Why worry about this now they're both gone?

Because Premier Clark and all other Liberals are running on Campbell's record. That record now includes sweetheart deals with huge companies that were repaid by honours recognizing him not as a good premier but a valued friend to the private construction industry doing business with the government.

It's pretty clear, isn't it, why Gary Collins and Gordon Campbell didn't want to appear at the Basi-Virk trial, where they would have been cross-examined on dealings analogous to the big giveaway of BC Rail.

I recommend all recent P3 contracts be examined by an out-of-province forensic accountant to determine the scale of any unearned premium and conflict-of-interest evidence and, if necessary, advise that the contracts ought to be re-opened.

As to the future, Premier Clark must acknowledge this outrageous conduct and assure us that the corrupt practice of P3 contracts is at an end and that hereafter all government-funded projects will go to tender, not into the corporate jam jar.