In trying to anticipate what a federal election campaign will look like -- and it seems increasingly likely that we will be unable to avoid one – it is striking that the biggest issues facing humankind are not even on the radar, yet alone being framed as planks in any party's campaign platform. 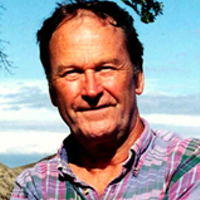 This amounts to whistling past the graveyard with potentially fatal consequences. In our conventional political universe we are talking about jet fighters, corporate tax cuts, growing the economy and abolishing the Senate -- and if we are lucky some mention of climate change, poverty and the dire financial straits of seniors.

But the other universe is virtually invisible despite the fact that it is very real and well known. That parallel road that no one in authority wants to acknowledge is one which is taking us over a cliff. That universe tells us that we are rapidly reaching the planet's limits to growth, that we are well past the start of a global fresh water crisis, that we have already reached peak oil, that climate change will have ever-increasing planet-changing impacts and that rapidly rising food prices will lead to mass starvation in the developing world.

Why can't we talk about what really matters?

We are not good at incorporating totally new paradigms into our highly structured political discourse. It is as if we need a whole new set of institutions from civil society to the formal political level in order to even sensibly begin the conversation. The ones we have simply cannot cope with the looming human catastrophe because, in its totality, it tells us that everything we are doing now and are planning to do, and how we now think and talk about the present and the future are simply irrelevant.

Our institutions are failing us in anticipating the consequences of the various catastrophes we actually know are coming. At some level it is simply a failure of imagination. Our institutions have not been designed to create a response to something the world has never seen before.

How does a political party "frame" the fact that our conventional preoccupation with economic growth is going to kill us?

What political party is going to try to convince people that buying more and more stuff won't bring them happiness and is slowly strangling the planet?

Which civil society organizations are going to form that will begin to change the culture to one based on voluntary simplicity and a post-growth or slow-growth economy? Where would it start?

Our political system now operates like a corporation -- within cascading three month intervals and an obsession with the political share price (read: most recent polling data). And it's not as if the issue of infinite growth versus finite resources just popped up yesterday. Scientists have been writing about this since the 1970s and even before. But 40 years on our liberal capitalist system is actually less capable of addressing the looming catastrophe today than it was then.

The cancer stage of capitalism, according to philosopher John McMurtry, is that stage in which the system's social immune system comes under attack and is systematically weakened by the newly dominant financial sector of the economy. The social immune system (Medicare, labour legislation, public education, environmental protection, etc.) protects citizens from the pathologies inherent in the competitive and unequal system of capital accumulation. As they erode, more and more of a nation's capital is diverted to the financial industry,which makes money from money rather than from productive activity.

McMurtry writes: "Indicative of the classic pattern of cancer mutation is... systemic intolerance of bearing the costs of maintaining social and environmental carrying and defense capacities, and its rapidly escalating, autonomous self-multiplication that is no longer subordinated to any requirement of life-organization."

What McMurtry implies is that the players in the global capitalist order, transnational corporations and the global financial institutions, have managed to separate themselves from the rest of society, radically decreasing their responsibilities. The ideology supporting this de-coupling from society was developed in parallel and effectively places the abstract "economy" on a pedestal above any other social institution -- whether government, community, family or individual.

The right seized the frame

This represents one of the right's propaganda coups of the past 20 years, beginning with so-called free-trade with the U.S. Through control of the media and the establishment of think tanks, the right has been able to turn the role of the economy on its head. In the so-called golden age of capitalism (with that healthy immune system) of the '60s and most of the '70s, the political question was always how could the economy serve the country/nation/society/families. In short, the economy was secondary to these institutions and integrated with them into a nation. It wasn't abstract and it wasn't decoupled from society.

Every politician talked about "full employment" even if they didn't believe in it because that was a societal objective that no politician could ignore. But I cannot recall hearing or seeing that phrase in print even once in the past 10 years, maybe more.

We are now almost 20 years into an era where the question "Is it good for the economy?" is on the lips of virtually every politician. Canadian bureaucrats at international meetings no longer refer to Canada and other nations as countries. They refer to them as "economies." It is a fundamental change in language that has infected our governing institutions and helped justify the now constricted economic role of governments: they just need to get out of the way of business through deregulation, privatization and tax cuts.

Sacrifice all for 'the economy'

The abstract economy is now the dominant institution and everything else has to be sacrificed for it. Of course, when you deconstruct what the economy means in this cultural context, it is nothing more or less than the largest corporations, with the financial sector being dominant. While the government has abandoned full employment (and workers' interests) as a goal, it has replaced it with an obsession with any level of inflation over two per cent. Why? Because the rich will fight to the death against anything that reduces their wealth and that is what inflation does.

Until we reverse this heightened status of the economy as a separate entity, which can act with impunity against the interests of every other institution, including democracy, that parallel universe of the really critical issues we face will be almost impossible to engage. Climate change, environmental degradation, unfettered and unregulated growth, the obscene gap between rich and poor -- these are all now the purview of "the economy."

Until we take control of it, these issues will remain beyond our grasp to change.