Ezra Levant's powerful but critically flawed argument re-branding Alberta’s oil sands as "ethical" appears to be re-shaping Canadian public policy as Prime Minister Harper and Environment Minister Peter Kent adopt the catch phrase -- despite both ministers having not read the original work. As the catch phrase "ethical oil" enters the lexicon of Canadian political language, the need for a productive facts-based debate in Canada, a debate leading to real conservation solutions, appears to be more urgent than ever. 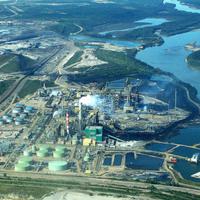 The Fallacy of 'Ethical Oil'

This is especially true in British Columbia where candidates in the Liberal party leadership race have systematically failed to embrace discussion of environmental and conservation policies as an integral part of their policy platform offerings.

Critical debate is important because arguments that the oil sands contain almost half the world's total known oil reserves and will therefore ensure world peace, global food and energy supplies for the next half century are dangerously flawed. Current oil sand production of two million barrels a day is technically limited by water availability to approximately a maximum of five million barrels a day, a mere fraction of the world's daily consumption. This misrepresentation promises economic stability yet ignores global (peak) oil supply concerns, the technical upper limit of oil sand production, and climate change. Alberta's oil sands development will not deliver global economic stability in the face of these issues.

At risk is our often forgotten dependency on the services of healthy natural systems which are as important as economic benefits, and in ignoring this reality the first of many weaknesses of the argument is exposed. In examining the benefits of the proposed Enbridge pipeline to Kitimat, consider the grizzly bear family, photographed in an estuary not 10 kilometres from the proposed west coast tanker route that penetrates the heart of the Great Bear Rainforest. This area provides many valuable food-based sustainable jobs in the salmon, halibut and shellfish fisheries. An accident comparable to the Exxon Valdez spill or the Gulf of Mexico eruption in these treacherous waters would render this estuary and the ecosystems that support rich wild fisheries in the region fallow. The "at risk" grizzly family is a metaphor for our own lives. Pipelines in these pristine environments import risk for which there is no insurance -- just the cost of desecration.

Levant's notion of ethical oil involves little more than choosing "to buy oil from nice guys". It comforts us by redirecting our judgment to the dealer and away from the consequences of the deal that we are making. It is not this simple. If an oil source is to be judged as ethical, then the list of considerations made must include its long term greenhouse gas emissions, contributions to ocean acidification, the rate at which a major watershed is made toxic and the cumulative impacts on future generations. We should also consider buying preferentially from nations that use their oil revenues to develop renewable energy sources.

Furthermore the arguments' rudimentary moral appraisal implies no framework in which oil from sources with the lowest carbon footprint are utilized first, their revenues applied to fuel switching strategies, thereby deferring the worst oil for last use (hopefully never). Until means to accurately measure and compare the virtues of oil source A versus oil source B are developed we must ask the question, is it unethical to brand Alberta's oil sands as ethical?

Levant's thesis assumes that we must continue to use oil, ignoring the environmental impacts and offers permission to proceed by establishing the good character of the vendor. This massive (unethical?) distraction is compelling because human nature will seek an honorable reason to avoid resolving a pressing problem and the hard endeavor of seeking progressive solutions.

What an honest discussion would include

Yet solutions are desperately needed, for as the IUCN has identified, habitat destruction will cause a far greater extinction rate than global warming will over the coming 30 to 50 years. Thus the need to protect regions of rich bio-diversity is ever more pressing. Hopefully these provocative notions will spark a solutions and evidence based conservation debate here in Canada. A debate that could build upon the promising Great Bear agreement which introduced ecosystem based management and stewardship into the industrial logging of the west coast -- a solution spurred by the Rainforest Solutions Project, a coalition of solutions-based environmental groups. It is precisely this kind of pragmatic endeavour that Canada needs to openly embrace. Indeed the small catalytic organization Canopy working with the progressive boreal timber companies is adopting such measures.

Such discussions framed by ecologically sound solutions, could allow the burgeoning energy industry, government, First Nations, the environmental movement and the people of Canada to embrace solutions that may consider, as an example:

The rebranding of Alberta's energy development as "ethical" has invigorated the oil sands debate, and as conservationists we hope it sparks a responsible solutions based debate. Canada's democratic heritage calls for, and its growing energy economy requires this debate.

Levant's arguments simply do not justify calling the oil sands a source of ethical oil. The ongoing development of public policy must consider, even require, the use of oil revenues for clean energy development. Otherwise we will surely fail to protect the manifold services of the living world we rely on. How will we limit the process of ocean acidification? Or ensure reductions in greenhouse emissions? Until these needs are met with far more certainty, branding any oil source as ethical is a morally questionable exercise given our current knowledge.

This is of critical importance as the Liberal party leadership candidates promote accelerated oil and gas development in British Columbia -- programs that generate short term wealth but place long term prosperity at risk.