An editorial in that bastion of social democracy, the National Post, claimed that publicity around the NDP's gender equity provisions makes the party look ridiculous. 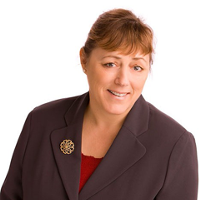 The editorial appeared to have reflected the views of some New Democrats. Ruth Fane, president of the Kamloops-South Thompson NDP riding, was quoted in the Kamloops News saying: "It's quite ridiculous. A lot of our gender rules are."

The Post's editorial concluded: "Equality cannot be engineered by fiat. If the NDP -- or any other party -- is eager to attract more female candidates or officers, it should encourage more to apply, so they can be judged fairly in the same manner as other candidates. Delegates and voters should decide who is their local candidate or party leader, not chromosomes."

The clause in the BC NDP's constitution that is the source of the current controversy is: "There shall be representation of both genders in the three positions of Leader, President, and Treasurer."

The rest of that clause hasn't attracted attention, but it provides that: "The positions of Vice-President, Members at Large, Regional Members, and YND Representatives shall have at least 50 per cent women."

What the Post is describing when it refers to attracting more female candidates is sometimes termed "affirmative recruitment" or in the case of workplaces "affirmative employment". Such programs do not use quotas which are the most controversial feature of some affirmative action programs.

The European Women's Lobby, the largest umbrella organization of women's associations in the European Union, argues strongly for the use of quotas and cites the example of Norway where, in 2004, a gender quota law was passed obliging all boards of directors to have 40 per cent women.

The Institute for Democracy and Electoral Assistance (IDEA) reports that half of the countries in the world today use some type of electoral quota for their parliament. The Global Database of Quotas for Women provides information on every country that has some form of electoral quota. Its site discusses alternative concepts of equality, equality of opportunity and equality of result.

A briefing paper for the Australian senate reports that: "The Australian Labor Party first adopted an affirmative action program that set quotas to be achieved in the endorsement of female candidates for parliamentary elections in 1981. In 2002, the ALP adopted a policy which aims to ensure that by 2012, Labor women will stand for at least 40 per cent of winnable seats, as will men."

In a May 2010 story Inter Press Service (IPS) reported: "Following the 2007 federal election, women occupied 26.7 percent of House of Representative seats and 35.5 percent of Senate seats. While 35.7 percent of the ruling Australian Labor Party (ALP) members of parliament (MPs) are women, only 25.3 of Liberal Party MPs are females." Women are still under-represented in Australia's parliament, but affirmative action has produced results when the ALP is compared to the Liberal Party.

The strongest form of quotas are those that apply by law to the composition of parliament, as opposed to those adopted as policy for some political parties such as ALP. According to India Together: "On 9th March 2010, the upper house of the Indian Parliament, the Rajya Sabha, passed the bill on the reservation of 33 percent seats in the Lok Sabha, for India's women representatives. This has been hailed as a historic step towards a constitutional amendment that would ensure significant representation of the women of India, in the parliament. Currently, a population of almost 500 million Indian women, is represented by less than 60 elected representatives, out of the 545 Lok Sabha seats. If this bill is implemented, the number of women representatives would increase three times to 181."

It is questionable whether the Lok Sabha, India's lower house, will approve the constitutional amendment.   The commitment of the NDP to gender equality is not unusual by global standards. Of course, the National Post, and perhaps even the president of the Kamloops-South Thompson NDP constituency association, might not be influenced by what is happening in much of the world.