A wise man once imagined the future like this: 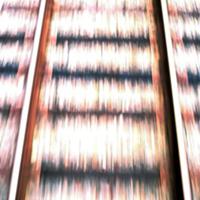 Derailed: How BC's Chance for High-Speed Rail Jumped the Tracks

The future is an island. And we're on a boat that's inexorably and ceaselessly sailing to that island. The boat can't turn around or change course. It just plods relentlessly forward.

But that island and this boat are connected in a way that sounds magical but is in fact very real. It seems that the more we talk about the island while we're on the boat, the more the island changes to match our conversations and stories. If we agree, for example, that the island has free public wireless and coconuts, the island sprouts palm trees and a giant public router. If we agree that the island has a national housing strategy, bingo, it appears. You get the idea.

In other words, the discussions and stories (otherwise called "vision") we tell now about the future will change that future. Pretty powerful when you think of it.

Another wise man, Senator Romeo Dallaire, gave a talk a few weeks ago about ridding the world of the ugly phenomenon of child soldiers. In the preamble to his talk, however, he made some interesting comments about Canada's future.

He pointed out that in six years Canada has a birthday. And it's a pretty big one. It's the 150th anniversary of confederation and the 100-year anniversary of Vimy Ridge, the WWI battle where Canada went up the ridge a colony and came down a nation.

So, as Dallaire said, it's a big year, a year worth celebrating with a big idea, a renewed national dream, if you will.

With that in mind, consider two other things:

1. Confederation was as much about a train as it was about a nation. It was a train that tied the country together from east to west, counteracting whatever north-south forces were at play. Sure, it turned into a national boondoggle. But it also tied the nation together.

2. We're entering into an age where oil scarcity will make air travel for the masses unaffordable. And we're in an age where burning any oil in the upper atmosphere is unsustainable due to climate change. Thus, our transportation infrastructure and, it could be argued, the backbone of our nation is at risk.

That's what Dallaire suggested. And it's got a logistical and poetic simplicity to it. It echoes and celebrates our national birth in a way that helps retool our country for a low-carbon future. And it adds jobs and high-tech expertise to an economy too long spoiled by easy access to natural resources.

Sure, it seems like an idea almost too big, too dreamy, too difficult, too improbable.

But it's not impossible.

As Dallaire pointed out, it would take a different kind of political leadership than what we have now. It would take a leader less focused on cheap political points and dirty tricks and more focused on building a Canada that appeals to the best of who we are, not the worst.

When John Kennedy committed his country to putting a man on the moon by the end of the 1960s, that's what he was doing. He was imagining a new world and convincing his fellow shipmates on this boat to the future that it was the right thing to do. And they agreed, for the most part, because he was appealing to the best side of who they were.

Which is reminiscent Pierre Trudeau's response in the '80s to Jack Webster's grousing about, if memory serves, widening the railway through the Rockies. Webster, in true gruff Websterian fashion, wondered if it was too difficult, too hard, too logistically challenging.

Trudeau's response: You would have probably been one of the ones who thought it too hard to build a train across the country in the first place.

So, yes, a high-speed train would be difficult. Expensive. A logistical nightmare. But we need it and, moreso, it is a future we can be proud of in a way far deeper and more rewarding than wearing red mittens and getting drunk on Granville Street.

And, no, there's little chance we could do it in six years. Our ship is too close to the island for that. But there's no reason why we couldn't have the plans in place and be driving the first (symbolic) spike on July 1, 2017.