In Vancouver the pro-car crowd criticizes the Hornby bike lane by claiming to stand up for small business. 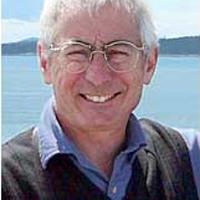 In Toronto, after being sworn in as new mayor, Rob Ford declares an end to the "war on cars." He plans to block a light-rail line and to abolish a $60 vehicle registration fee. Don Cherry congratulates him for rising up against the "elite" and slams "bike-riding pinkos" who supposedly once ran the city.

In Montréal a new political party that won office a year ago in the Plateau Mont-Royal borough begins to widen sidewalks, add bike paths and close some streets to traffic. For doing so, critics accuse them of engaging in class warfare.

In a much discussed La Presse opinion piece, Luc Chartrand denigrated the "supposedly enlightened urban planning" measures as "nothing but a strategy by the wealthy to grab territory in a centrally located district... to the detriment of the general interest of the City."

This is just one more example of the Big Lie. Call black white, say war is peace, claim the media is left wing and argue urban space dominated by cars is good for poor and working-class people.

The truth is that these Montreal "traffic calming" measures will make a relatively bike- and pedestrian-friendly neighbourhood more so, and they will make it more difficult for suburban commuters to use the area's smaller side streets to avoid the main north-south arteries. Over 650,000 cars travel through the eight square-kilometre district daily, with more than 80 per cent headed elsewhere.

Making life difficult for cars could be, in fact, described as a form of class war, but one that works in the long-term interests of the poor and working class.

Even superficially, the critics' argument makes little sense. While the Plateau is not Montréal's most affordable neighbourhood, it's far from its most expensive. Many students, artists and working-class people live in this hip, politically progressive, area.

Chartrand's claim, Don Cherry's diatribe and Hornby bike lane opponents share a common theme: Among North America's most extreme auto proponents, any move to curtail car domination is an attack against the little guy because automobiles give everyone equal access to mobility.

In a Wall Street Journal opinion article, Stephen Moore captured the essence of this argument. "The car allowed even the common working man total freedom of mobility -- the means to go anywhere, anytime, for any reason. In many ways, the automobile is the most egalitarian invention in history, dramatically bridging the quality-of-life gap between rich and poor."

The car's proponents invoke class even though all other forms of land transportation are eminently more accessible. Shoes, a bike, or a metro pass are all cheaper than a car with its gas, insurance and upkeep needs. According to the American Public Transportation Association, individuals who get around with a bus pass instead of a car can save a whopping $8,368 annually.

When the automobile is used as the primary mode of mass transit, the poorest are hardest hit. In 2008, for instance, the poorest fifth of Americans spent 13 per cent of their income on gas. The top fifth spent 3 per cent. In Highway Robbery: Transportation, Racism and New Routes to Equity, Robert Bullard notes: "Those earning less than $14,000 per year, after taxes, spend approximately 40 per cent of their take-home pay on transportation expenditures. This compares to 22 per cent for families earning between $27,177 and $44,461 annually, and 13 per cent per year for families making more than $71,900 per year."

Nearly three-quarters of U.S. households earning less than $15,000 a year own a car, and in an extreme example of auto dependence, tens of thousands of "mobile homeless" live in their vehicles.

Car-dominated transport eats up a disproportionate amount of working-class income. At the same time, the automobile is an important means for the wealthy to assert themselves socially. A luxury vehicle lets the whole world know that you have arrived, both literally and metaphorically. "The automobile's a credit card on wheels," writes Heathcote Williams. "It's pushy to tell people how much you make, so you tell 'em through your automobile.''

Over a century ago, cars grew to prominence as technological toys for the rich. By the turn of the 20th century, New York City's Automobile Club had more millionaires than any other social club in the world. "No American Sport," noted the Washington Post in 1902, "has ever enlisted so much power and money."

Those living at the dawn of the Auto Age often viewed it as an obtrusive and "particularly ostentatious display of wealth." Farmers and the working class were incensed by their presence. A 1904 edition of the U.S. farm magazine, Breeders Gazette, called automobile drivers "a reckless, bloodthirsty, villainous lot of purse-proud crazy trespassers."

In 1907, rioting broke out in a working class Lower Manhattan neighborhood after two-year-old Louis Camille was run down and killed. The automobile sparked dozens of other similarly violent protests.

One reason the car was popular among the wealthy was because it strengthened their dominance over mobility, which was slightly undermined by rail. Prior to the train's ascendance in the mid 1800s, the elite traveled by horse and buggy, but the train's technological superiority compromised the usefulness of the horse and buggy. Even for shorter commutes, streetcars became the preferred mode of transport by the late 1800s. With respect to mobility, the train and streetcar blurred class lines. Unlike the train and streetcar, which were more available to all classes of society, the automobile provided an exclusive form of travel.

The automobile's capacity to create social distance appealed to early car buyers. In a car, one could remain separate from perceived social inferiors (blue-collar workers, immigrants, blacks etc.) while in transit. Prominent auto historian, James J. Flink remarked that, "the automobile seemed to proponents of the innovation, to afford a simple solution to some of the more formidable problems of American life associated with the emergence of an urban industrial society."

The different ways in which the private car strengthened wealthy people's grip over culture and mobility have largely been forgotten. At the same time, the immense financial burden cars place on the working class seems of only passing importance to its critics.

The largest source of capitalist profit over the past century, the automobile has shaped landscapes, culture and the environment in a host of harmful ways.

It's time for a class-focused challenge to private automobility.