In the winter of 1939-40, a Russian wildlife biologist named Lev Kaplanov undertook the world's first tiger census. For months, Kaplanov crisscrossed the Sikhote-Alin mountains on Russia's Pacific coast, counting tiger tracks and feeding himself from their kills. It was frigid, dangerous work and his findings were alarming: Kaplanov concluded that only 30 Amur tigers remained in Russia. At the time, Kaplanov's recommendation -- a total ban on tiger hunting -- was a radical proposition, but in 1947 Russia became the first country in the world to declare the tiger a protected species. Over the next 40 years, the Amur tiger made one of the greatest comebacks in conservation history. Today, however, the future of the Amur tiger -- and of all tigers -- is in grave doubt. 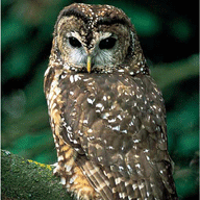 Russia hopes to make conservation history again as Prime Minister Vladimir Putin welcomes delegates to the first ever International Tiger Summit. For four days this week, starting Sunday, leaders from the 13 "Tiger Range" countries (Bangladesh, Bhutan, Cambodia, China, India, Indonesia, Laos, Malaysia, Myanmar, Nepal, Russia, Thailand and Vietnam) are convening with prominent scientists, conservationists and even bankers. Their objective? Nothing less than to save the tiger from extinction. Attending leaders are expected to sign the St. Petersburg Declaration, a stated goal of which is "To strive to double the number of wild tigers across their range by 2022" (the next Year of the Tiger). Russia has reportedly comitted $44 million to fund this effort over the next five years, and the World Bank has allocated $350 million.

The need could not be more real, or more urgent: in our lifetime, Panthera tigris, one of our planet's most successful, charismatic and wide-ranging predators, has become one of its most threatened. Due to the combined pressures of commercial poaching for skins, bone and organs used in folk remedies, and habitat loss due to logging and human encroachment, Asia has been hemorrhaging tigers for decades. As a result, this iconic species which once roamed from Indonesia to Siberia, and from the Caspian Sea to the Sea of Japan, has seen its population plummet by more than 95 per cent in the past century. Some of these losses are irreversible: of the nine recognized tiger subspecies, three have gone extinct, and several more number only in the low hundreds. Today, a mere 3,200 tigers are believed to remain in the wild, restricted now to small pockets of isolated habitat, scattered across the hinterlands of Asia.

A useful way to understand the tiger in the 21st century is as a giant canary in the biological coal mine. In addition to being a national symbol, a corporate logo, and the most popular animal in the world, the tiger is a bellwether for what scientists are calling the Sixth Great Extinction: the massive, human-driven loss of species currently underway across the globe. As the apex predator in the Asian food chain, the tiger's presence is proof that the pyramid of life supporting it -- forests, rivers and prey -- are present and healthy, too. When the tigers go, their prey and habitat are soon to follow. Northeast China, once prime tiger habitat, offers a sobering example. With the exception of its remote borderlands, Manchuria is now a stark and dusty place, virtually treeless and devoid of wild things. Across this desolate and polluted 'anthroscape', a steadily growing population of humans toils to wrest a living from ever more depleted soil. Lev Kaplanov knew this region when it had tigers in it, but he wouldn't recognize it now -- and neither would a tiger.

If the tiger is allowed to go extinct in the wild (and 'allow' is the operative word here), it will represent the first time in 10,000 years that such a large predator has disappeared from our collective landscape. The last one to do so was the American lion (Panthera leo atrox), which went extinct at the end of the Pleistocene. Kaplanov envisioned the same fate for the tiger and, 70 years on, his words have lost none of their urgency: "Forbid the killing and capture of tigers throughout the entire Far East...," he wrote in 1941. "For having once destroyed the tiger, we cannot resurrect it at any price."

This is what is at stake in St. Petersburg this weekend, and one can only hope that Kaplanov's successors will speak -- and act -- with the same conviction he did.