[Editor's note: To the previous 70 questions the BC New Democrat opposition raised in 2008 about the BC Rail corruption trial, party leader Carole James has added 30 more. As listed in a press release circulated on Tuesday, here they are:]

1) It's now clear that the guilty plea by former ministerial assistants Dave Basi and Bob Virk was contingent on the decision by the government to foot the full tab for their legal fees. It has led to a concerns they used $6 million in taxpayer dollars to secure a guilty plea to sweep the B.C. Rail corruption trial under the rug. How does the government explain that? 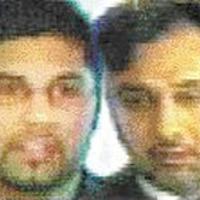 Hung out to Dry

2) Why did the B.C. Liberal government try to hide this information for a week?

4) We have been told that taxpayers are on the hook for millions of dollars for Basi and Virk's legal fees -- what is the exact final total? Will the government release the amount paid for legal services provided by the special prosecutor's office? What is the final total of the entire trial?

5) Has any such deal ever been struck before for civil servants who plead guilty for breaching public trust, and committing fraud? Can the government provide a single example of this kind?

6) This plea bargain agreement with Basi and Virk now sets a precedent for all future and current government staff. Did the government consider the precedent set by this decision?

8) Can the attorney general explain the different standards applied to the legal fees owed by Basi and Virk than the approach taken by the government with respect to erroneous claims by welfare recipients, for example?

9) Will the B.C. Liberals provide full disclosure into the details of the indemnification deal, and release all materials relating to the plea bargain?

10) The guilty plea statement by Basi and Virk -- a plea that we now know came in direct response to the government's commitment to cover all legal costs -- indicates that the two B.C. Liberal assistants acted without the knowledge or consent of B.C. Rail and the evaluation committee. The statement does not, notably, state that Basi and Virk acted without the knowledge or consent of their ministers Gary Collins and Judith Reid -- why not?

11) The plea statement only states that Basi and Virk "did not obtain the consent of their superiors to demand or accept these personal benefits". Does this statement mean that while Basi and Virk did not obtain permission to accept bribes, they could have received instructions or encouragement by someone in the B.C. Liberal government to strategically leak confidential B.C. Rail bid information?

12) Without evidence to the contrary, the plea statement suggests that in fact the two former B.C. Liberal ministers were aware of and consented to the actions pursued by their assistants. This entirely contradicts Premier Gordon Campbell's claim that the two staffers acted alone. What evidence can the government provide to prove the premier’s statement the two staffers acted alone is not entirely false?

15) What information would the public have learned about the role played by Premier Gordon Campbell, whose chief of staff during both the B.C. Rail sale and the raid on the Legislature, Martyn Brown, had already been called as a witness? What did Premier Campbell know and when did he know it?

17) Questions have been raised about the role of Patrick Kinsella, the premier's chief of staff and the premier himself in assisting in the sell-off of B.C. Rail. When will the public be provided an explanation on that?

19) Did Paul Taylor, the premier's new chief of staff, play a role in the alleged leak of bid information to Pilothouse Public Affairs Group?

20) The plea statement indicates that Basi and Virk improperly disclosed documents to Pilothouse including bid values for CN, CP and OmniTRAX and that Pilothouse principal Brian Kieran recorded these numbers which then were included in a Pilothouse briefing document to OmniTRAX. Was Pilothouse tapping anyone else in government besides Mr. Basi and Mr. Virk for confidential government information?

21) Pilothouse partner Eric Bornman -- who was given an immunity agreement by the Crown in exchange for information on Basi and Virk -- has reapplied to the Ontario bar. How can the public be assured that all the parties that played a role in the tainted B.C. Rail privatization deal have been appropriately dealt with?

22) Why did key B.C. Liberal cabinet ministers like Gary Collins, Judith Reid and Christy Clark all leave government in the wake of the scandal?

23) Will the government release the list of all the legal costs provided to government officials including former ministers Gary Collins, Judith Reid and Christy Clark?

24) What was the role played by current sitting cabinet ministers and possible leadership candidates such as Rich Coleman and Kevin Falcon?

25) After legislative officers were raided in December 2003, it became clear the focus of the investigation was on the B.C. Rail deal, but the B.C. Liberal government went ahead with the sale saying there weren't grounds for concern because no elected officials were under investigation. However the proposed sale of a B.C. Rail subdivision was then cancelled when government officials learned the accused might have leaked confidential information about that deal. This contradiction -- why one sale was considered tainted, but the other not – has never been fully explained by the government, nor was it explored in court. Why was the spur line sale cancelled but not the sale of B.C. Rail sale? What evidence can the government provide to support their decision to push ahead with the sale of B.C. Rail?

26) For years the B.C. Liberals have refused to answer questions that the deal was tainted. Now it appears that his government actually tampered with the fairness adviser's report to save their political hide. Will the B.C. Liberals finally admit that their government violated the public trust in the B.C. Rail sell-off?

27) What other testimony about the unprecedented raid on the legislature and the corrupted B.C. Rail sale will go unanswered with the B.C. Liberal government's refusal to hold a public inquiry?

28) Will the B.C. Liberals release publicly all evidence pertaining to the trial including evidence provided to the defence through the disclosure process?

29) In the absence of a public inquiry, will the government commit today to preserving all the documents involved in the Basi-Virk case and the B.C. Rail corruption scandal until the House is called back for a full legislative session?

30) Can the government commit today to a public inquiry that will examine the indemnification deal and the reasons why the government made the decision to cover all legal costs for Basi and Virk?