Whenever a columnist is suddenly fired from a well-established gig, and explanations why aren't particularly forthcoming or convincing from the people in charge, the curious mind naturally turns to what the columnist has recently written, and whether it might have set in motion the axe. 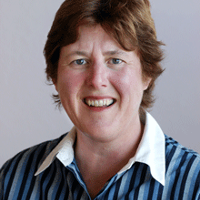 There's rarely any way to prove cause and effect, of course. In the case of the canning of Rick Salutin, long-time, left-leaning, award-winning columnist for The Globe and Mail, we're told officially that he didn't fit in with the paper's redesign plans.

The firing has sparked an organized protest led in part by regular Tyee columnist Murray Dobbin. And it leaves confused not only Salutin's loyal readers but anyone in journalism who has been encouraged to believe that attracting readers is a good thing.

Salutin's Sept. 17 column drew 587 comments. By comparison, stalwart Jeffrey Simpson's latest effort pulled in 143. No word yet that Simpson has been redesigned out of Canada's paper of record.

And yet, according to what Dobbin says Salutin told him, The Globe gave its popular columnist no reason for his dismissal.

Back to Salutin's column that stirred 587 comments from readers. In the piece, he muses aloud about why Stephen Harper had made so many clumsy political moves of late, causing the prime minister of Canada to appear so "buttheaded."

Salutin's conclusion -- about the "firing [of] decent people, lashing out, raising the partisan rhetoric, proroguing Parliament haughtily, binging on military toys, mauling the census" -- was that Harper appeared simply to be carrying through on his philosophical convictions, that he might well be "the last Straussian."

"Leo Strauss," Salutin summarized, "was a German-Jewish thinker who escaped Hitler for the U.S. but despaired over the depravity that liberalism might lead to there as it had in Germany, after the liberal 1920s. He felt almost any means were valid to save Western civilization but, due to liberalism's strength, the strategy had to be cautious, secretive, even duplicitous, with the truth confined to an elite. This rarefied vision became highly influential when it was spread by his students (and theirs) in government, think tanks and media during the Reagan and Bush years. It's a prominent force at Mr. Harper's intellectual home, the University of Calgary. What does it illuminate in his behaviour?"

He then went on to catalogue some Straussian principles informing Harper's playbook for attracting, and dividing, voters. As Strauss would advise, Harper places a high value on secretiveness and plays at populist democracy as far as it keeps his opponents off-balance, but actually holds the democratic political process in contempt when it isn't serving his will to power.

"Leo Strauss (like his man, Plato) never liked democracy much, but his disciples are ready to use it against the real villain, liberalism. To this end, they appeal to the 'anti-liberal' impulses of ordinary folk against the 'liberal elites,' via 'wedge issues' like gun control, abortion or attacks on high art. (That one was especially self-destructive in Quebec.)"

'The kind of question that matters'

That was Salutin's second to last column, running in The Globe 12 days ago. In what turned out to be his final piece, Salutin portrayed Toronto mayoral candidate Rob Ford as a classic example of a politician running on fear instead of hope, drawing connections to the political storm that threatens to swamp Obama's boat to our south.

"What matters isn't what one thinks of [Ford]; it's understanding why he has bloomed so sturdily at this point. That's the kind of question that matters, because it bears on more than this political moment, and because it's more fun, in the end, to ponder."

Why did The Globe and Mail fire Rick Salutin? Without a better answer from the newspaper's brass, we're left to read Salutin's last two columns and ponder how power behaves when the politics of fear, and those who wield them deftly, are ascendant.