"What kills a skunk is the publicity it gives itself." -- Abraham Lincoln 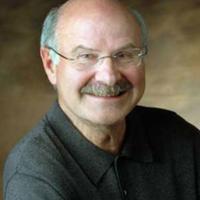 Olympics Well Worth It: Harcourt

You gotta be kidding!

Nor does he know the price of a pro-HST government flyer to hit your mailbox shortly.

That would be the same Colin Hansen who claimed the total costs of the 2010 Olympics would be just $600 million -- and last week admitted that was very wrong, even as he continued to fudge the numbers.

While Hansen actually straight-facedly says B.C. spent only $925 million, he doesn't count the $2 billion Canada Line, the $880 million Convention Centre, the $800 million Sea-To-Sky highway upgrade or even the $30 million upgrade to B.C. Place stadium and hundreds of millions of other hidden costs.

And it's the same Hansen who swore that B.C.'s pre-election budget deficit was only $495 million -- when it was actually $2.8 billion -- only five and a half times bigger.

After cutting $833 million in spending, Hansen now says the budget deficit is $1.8 billion -- but he won't reverse cuts to community mental health or arts programs -- or drop the HST.

All hail the premier!

But leave Hansen's shredded credibility aside and get back to the television set.

Hmmm, I wonder which premier the PAB focused on promoting? The red-mittened maniac who hogged every Olympic camera he saw?

Lest there be any doubt, just check out the B.C. government's "You Gotta Be Here" Olympics website.

Click on the page heading titled "The Premier" and you'll see that Campbell gives North Korea's Kim Jong Il a run for his money as the most egomaniacal leader in the world.

Well over half of 34 photos feature -- guess who -- Campbell glad-handing and mugging his way through the Games.

World visitors likely can only wonder if Campbell is either Canada's most decorated Olympic champion or the unelected strongman of the province.

And like any good strongman, Campbell ruthlessly uses public money for political purposes.

Eager to capitalize on Olympic fervour, Campbell's PAB enlisted B.C.-born celebrities for the original "You Gotta Be Here" ads.

Now it starts all over again with a new summer B.C. tourism "You Gotta Be Here" campaign running endless and expensive ads during the World Cup and prime time shows.

How much will all that cost to convince British Columbians what they already know -- that this province is great? Don't even ask.

One thing is clear -- from the extra HST costs to the wasteful publicly-paid pro-government ads -- You Gotta Get Gordon Campbell's red-mitten hands out of our wallets!