"It is better to have a known enemy than a forced ally." -- Napoleon 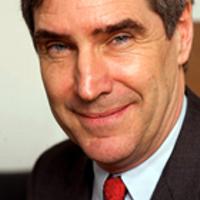 Bill C-9 and the Coalition Imperative

Why on earth would either the federal New Democratic or Liberal parties seriously consider any kind of coalition?

That's the question after politicos from each party and pundits have loudly discussed the issue favourably in public.

The problem with all this talk is astonishingly simple -- you cannot create a coalition of the unwilling -- Canada's voters!

Parties exist to provide ideological choices in our democracy, as well as different policies, leaders and candidates.

For some retired politicians, none of that matters. It's as if political differences are irrelevant compared to taking control of government. And for some, they are.

"If it's do-able, let's do it," former Liberal prime minister Jean Chretien said about a possible Liberal-NDP coalition.

"Maybe a coalition would be something that can be put on the plate and considered," he told CBC TV's Power and Politics last week.

The coalition chatter even comes from within Liberal Party ranks.

"I support some kind of collaboration or cooperation among Canada's progressives, excluding the Bloc," said Samuel Lavoie, president of the Young Liberals of Canada.

"At the end of the day I am firmly convinced that the current political landscape makes it all but impossible for a progressive party to severely diminish Harper's ability to do whatever he wants in Ottawa on its own, let alone win a majority," Canadian Press reported Lavoie as saying.

Rae wrote glowingly on his blog about the 25th anniversary of the "accord" he reached as NDP provincial leader that put the Ontario Liberals in power in 1985.

But the real reason the federal Liberal-NDP coalition concept has come out at this time is because Liberal leader Michael Ignatieff is hopelessly weak and cannot mount a serious challenge to the prime minister few Canadians want, Stephen Harper.

Because of the Bloc Quebecois's current stranglehold on 40 or more seats in Quebec, and the NDP's renewed strength under Jack Layton, the Liberals are stuck with polling results around the 25 to 27 per cent range.

Harper is barely better at around 32 to 35 per cent but that's enough to maintain a minority Conservative government.

Enter into that mix a mischievous Angus Reid Public Opinion poll released May 31 which suggested that "a single centre-left party" could defeat Harper -- meaning a pre-election merger of the Liberals and NDP.

And to make it even more titillating, the polling showed that to win more votes than Harper the coalition leader would have to be Layton!

Former Layton and Romanow top NDP staffer Brian Topp seems to like the idea of Layton taking 43 per cent to the Conservatives 37 per cent.

Rae would only tie Harper if he led the new party, Reid's poll said, with both at 38 per cent while even with the NDP on board in a single entity Ignatieff would still lose at 34 per cent to the Tories' 40 per cent.

But despite the predictions of puckish pollsters, the NDP and Liberal parties are not going to merge, nor will they enter into a pre-election coalition.

Why? First it would be a dream scenario for Harper and the Conservatives -- to fight an election against a "socialist coalition."

While the Tories' own base would solidify, many Liberal and NDP voters who do see real ideological differences between the two parties would walk or just stay home in an election, sitting on their wallets in the process.

Even a simple electoral coalition rather than a party merger would still require each party to not run a candidate in a large number of ridings, trying to force traditional Liberal or NDP voters to vote for their longtime political opponents.

No doubt some voters would give up their loyalties to defeat Harper -- but others might vote Conservative, Green or independent.

After all, the Liberal party's MPs have propped up the Harper government in over 40 parliamentary votes in the past few years -- some Liberals would be more comfortable with a Conservative government than a Liberal-NDP dog's breakfast in charge.

Potentially as bad for both the Liberals and NDP, alternative parties might spring up aimed at gaining the ballots of disgruntled, homeless voters.

And then there would be the delicious negotiations around election platform policy for the new best political friends.

The price New Dems would pay

What would be the price for the NDP to coalesce with the Liberals? Give up opposition to Canadians troops serving in Afghanistan, end support for anti-scab labour dispute legislation, vote for corporate tax cuts?

For the Liberals, which happy MPs now holding shadow cabinet critics’ roles would volunteer to stay on the backbench so the NDP cabinet ministers could be appointed to the coalition government?

The Liberals would also tumble from being the naturally governing party for most of Canada's history to a potential non-entity, dependent on another party and leader who might eclipse them in the first term of a coalition government.

Smart Liberals remember then-NDP Ontario provincial leader Bob Rae entering into an accord as junior partner to put Liberal leader David Peterson into the premier's office in 1985 -- and Rae's NDP forming the next government when the Liberals angered the electorate.

And smart Liberals and New Democrats really can't forget their ill-fated attempt to push Harper out of the prime minister's office in 2008 and install Dion as PM with help from the Bloc Quebecois, despite the Conservatives winning the most votes and seats of any party.

No, the unfortunate reality for coalition dreamers is that the sum of the political parts doesn't add up to the whole -- you can't simply take the federal Liberal vote and add it to NDP vote to handily defeat the Conservatives.

Ignatieff himself has already called the idea of a pre-election agreement with the NDP "absurd."

And for all those reasons, coalition talk is cheap. There will be no deal.