"There is a cloud over the report." -- B.C. Attorney General Mike de Jong 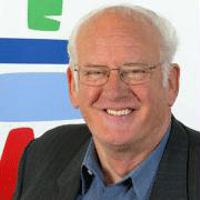 While much national laughter has been rightly directed at the sight of a hapless Premier Gordon Campbell popping ex-Solicitor General Kash Heed out and in and out of cabinet like a clock cuckoo, serious questions remain unanswered about allegations of political fraud.

The strange tale of Chief Kash and Mr. Heed is far from a cold case, with even the legitimacy of the MLA for Vancouver-Fraserview's election in doubt.

The appointment Friday of veteran lawyer Peter Wilson as the new Special Prosecutor to replace Terry Robertson, the man who "cleared" Heed of any possible involvement in political dirty tricks that resulted in both criminal and Election Act charges against B.C. Liberal Party campaign officials is just a start.

Sall and Khanna both face Criminal Code obstruction of justice charges and all three are charged with Election Act violations for their parts in allegedly distributing a vicious and untrue anti-New Democratic Party flyer aimed at the riding's substantial Chinese-Canadian community that was both unauthorized and not included in Heed's campaign financing.

The result could be not only jail time and fines, but Heed losing his seat and a by-election ordered, regardless of Heed's repeated statements that he neither knew of nor was at all involved in the Chinese-language mailer.

If it is found that the flyer was indeed sent by the campaign and the cost pushes campaign spending over the legal limit, Heed's election could be tossed out.

Much more to learn

But as troubling a situation as it already is, there's much more to learn as a police investigation continues.

Here are some of the questions that need to get answered.

1. Mailings mystery. The same flyer was mailed into two other ridings with sizeable numbers of Chinese-Canadian voters -- Vancouver-Kensington and Vancouver-Kingsway. Who was responsible for those mailings and will more charges be laid?

2. Sall's job. Barinder Sall has been described as "campaign manager" for Kash Heed. But did he also have any other roles in the B.C. Liberal election campaign in other east side ridings or centrally?

4. Liberal early response. The virulent anti-NDP flyer targeting its Vancouver-Fraserview candidate Gabriel Yiu became a news story in early May 2009, just days before the May 15 election. Did the B.C. Liberal Party take immediate steps to investigate the mailing? What were they?

5. Campbell's steps. When did Premier Gordon Campbell learn of this mailing and what steps did he take to investigate it before the original appointment of Kash Heed as Solicitor General -- B.C.'s top cop?

7. RCMP's response. Why was Robertson able to dismiss direct RCMP questions about his apparent conflict of interest in making a $1,000 donation to Heed's campaign and continue on to "exonerate" Heed?

Once again British Columbia is rocked with allegations of political corruption and once again there are significant mysteries and serious consequences for those involved.