"Oh lord, won't you buy me a Mercedes Benz? / My friends all drive Porsches, I must make amends." -- Janis Joplin 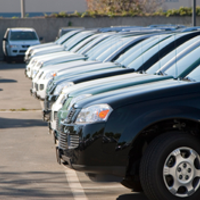 Help the Planet, Buy a Car?

While people with disabilities, arts and community organizations have all been run over by the B.C. Liberal government's budget and severe cuts, one group is away to the races -- the New Car Dealers Association of B.C.

With one stroke of Finance Minister Colin Hansen's pen, the price of buying a used car in a private sale went up by five per cent -- that's an extra $1,000 on a $20,000 vehicle -- as part of the government's Harmonized Sales Tax gouge.

It means there are no savings to be had buying or selling your car privately instead of through a car dealer.

And the government will take $296 million in new taxes from those buying used cars privately over the next two years -- if buyers even bother to do so.

But it doesn't stop there. The B.C. Liberals also eliminated the up-to-3 per cent luxury vehicle surtax on cars over $55,000.

It means ordinary taxpayers will subsidize those buying an expensive new Mercedes Benz or Porsche.

"Less tax on the new Beamer, more tax on the used Chev -- is there any clearer illustration that the HST is gouging ordinary British Columbians?" NDP MLA Bruce Ralston asked in the Legislature last week.

I call it a joke. A Mercedes SLK class hardtop convertible starts at $57,500, about the same starting price for a Porsche Cayenne SUV, while almost every Ford car, van, SUV or truck starts well below the old luxury vehicle tax threshhold! What the hell does Hansen think small business people are driving in Prince George?

Meanwhile, arts groups have been cut off from any provincial gaming funding except for children's programs; many people with disabilities are losing their Monthly Nutritional Supplement for healthy food, glucometers for diabetics and orthotics for those with difficulty walking.

So why are artists, dancers and the poor eating car dealers' dust?

It may be rather simple. A Tyee/24 Hours investigation shows that the New Car Dealers Association of B.C. and individual dealerships have contributed over $554,000 to the B.C. Liberal Party between 2005 and 2009 -- including a whopping $282,000 last year alone.

And the New Car Dealers Association isn't shy talking to the government about its needs -- it hired prominent lobbyist Mark Jiles to represent its interests to Victoria since January 2008, according the provincial Lobbyist Registry.

Jiles shouldn't have any trouble getting meetings -- he is Premier Gordon Campbell's past constituency campaign manager.

Jiles is also president of The Progressive Group -- the company owned by Patrick Kinsella -- B.C. Liberals' campaign co-chair in 2001 and 2005 and the ultimate party insider.

24 Hours newspaper and Public Eye Online reported in 2008 that Kinsella and Jiles boasted of their close ties to the B.C. Liberal government and work for B.C. corporations in documents obtained from Washington State, where they were seeking new business.

Kinsella has never registered as a lobbyist; Jiles has registered for some clients since December 2007. A Progressive Group statement stated the company registers when its work meets the lobbying definition.

Having high powered lobbyists is a tradition for the dealers, as is their close connection to the B.C. Liberals.

Their former lobbyist prior to Jiles was Jamie Elmhirst -- business partner in the now defunct Pilothouse Public Affairs with key Crown witnesses Erik Bornmann and Brian Kieran -- who is expected to testify against David Basi, Bob Virk and Aneal Basi in the B.C. Legislature Raid corruption charges case related to the $1 billion privatization of B.C. Rail.

And the New Car Dealers Association was the friendly landing pad for Paul Taylor, the former B.C. Liberal government deputy minister of finance and later CEO of the Insurance Corporation of B.C. Taylor arrived from Alberta before the 2001 provincial election to become CEO for the dealers until Campbell took power.

They also know how to grease the government when they get what they want.

In their news release about Hansen's 2010-11 budget this month, the New Car Dealers wax eloquent:

"In this budget, the government has continued to strike a good balance between supporting important services while working to reduce deficits and return to balanced budgets as quickly soon as possible," said Blair Qualey, president and CEO, New Car Dealers Association of B.C. in a March 2 news release.

"The Minister has presented a sound and credible plan which also provides a well-timed boost to capital spending. The move to implement a Harmonized Sales Tax will save B.C. businesses billions in extra costs generating new investment and ultimately creating jobs for British Columbians," Qualey said before getting on to the main event -- jacking the tax for private car sales to the level dealers have to charge.

And the dealers attempt to raise consumers' fears that an army of "curbers" or "curbsiders" -- unscrupulous, under the table competition to dealers -- is the only target of the new tax.

"Since the inception of the GST, the retail automobile industry has been at a significant disadvantage in the sale of used vehicles when compared to private sales," the dealers' release states. "Currently, sales tax is collected in an inequitable manner depending on where a vehicle is sold (12 per cent combined PST/GST if purchased at registered businesses like new car dealerships but only 7 per cent PST if sold privately, including sales by unregistered dealer’s referred to as 'Curbsiders' or 'Curbers')."

"These Curbers are individuals selling vehicles to consumers pretending they are private citizens when in fact they are unregulated dealers," the release concludes.

Imagine, a business group calling for more government regulation! Errr, no, actually they are simply quite happy to force the higher sales tax on private transactions instead.

And, amazingly, Finance Minister Colin Hansen uses exactly the same language in defending his tax grab and effort to help the car dealers.

"That inequity has been flagged for us and the problems that it caused around curbers and the inappropriate sale of used cars by purportedly private individuals," Hansen said in Question Period in the B.C. Legislature last Thursday.

Hundreds of millions of dollars in sales of used automobiles every year -- and all of it conducted by these shady "curbers" without fear -- until the long taxation arm of the law came down at last to save us all!

Sadly, the government and dealers offer no evidence as to how many "curbers" are in business in B.C. -- presumably proving how shadowy they were!

But the New Car Dealers Association appears to offer a valuable lesson to impoverished artists, dancers, people with disabilities and others on the best way to be well treated by this government. Drive quietly and carry a big cheque.