There's a lot of post-op Olympics delirium floating in the air these days, with everyone drunk on the successes and the street parties and the sight of people choosing to come downtown every day dressed in Canadian flag capes. And now, like summer-camp attendees who've had a really great week, we're promising all kinds of things. 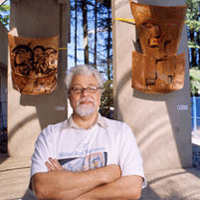 Instead of promising that we're going to stay friends forever and we'll all get together every year and we'll all go to each other's towns for visits, we in Vancouver have gone wild with ideas for how to keep the Olympics spirit going. Let's shut down Granville Street every weekend! Let's have a streetcar line! Let's keep the zipline going at Robson Square! Let's ditch our cars and take transit forever! Let's never go back to work and just walk around downtown with our red mitts and Canadian flags painted on our faces forever! Whoo-hoooo!!!

Well, sad but true, we are going to go back to the old Vancouver and then we'll have to figure out what is really a good idea that can be embedded in the future and what, unfortunately, depends for success on having an international party in the city with 200,000 people a night. As well, one of the things we need to think about is what the Games showed us we're weak in, what we should have had but didn't.

I'm sure all of you have great ideas and some more profound than mine, but here are a few thoughts to get the ball rolling.

1. An aboriginal museum downtown. The Four Nations centre at Queen Elizabeth plaza was one of the most successful of the free activities, and the carving centre at the Vancouver Art Gallery plaza was a lovely thing. We don't have anything like this permanently. I'm just stealing this idea from something I heard Rick Antonson at Tourism Vancouver a long time ago, but the province's native population -- so much more populous and with rich traditions than found elsewhere -- should have a home somewhere in our downtown. And keep the food coming.

2. More street food and more sidewalk cafes. I said it at the beginning and I'll say it again at the end. The emergence of New York or Hong Kong-like crowds made our lack of this kind of thing very apparent.

Although some media produced cute stories about the Japadogs business, is it not pathetic that all we have for street food is hot dogs? And that the height of creativity is someone putting Japanese condiments on hot dogs? We have one of the world's most polyglot cities, filled with people making Vietnamese banh mi sandwiches, Chinese pork and shrimp dumplings, inventive Japanese ramen soups, South Asian curries and dozens more. Can we really not figure out a way for them to serve some of that in stalls on the street that won't bring out the health inspectors?

(And I just got bonged with this excellent article on same from Andrew Pask at Public Spaces.)

And, although it's a different regulatory issue -- sidewalk cafes! Where were those places people could pause from time to time, sit at a table with a beer or coffee and watch the show go by?

The only place I saw that seemed to have those two elements was Mainland Street in Yaletown. There were all kinds of people at the numerous cafe tables on the loading docks, and then booths (including one selling Sanjay's Indian curries, yay!) on the street below. It wins the award for best small urban space, in my books.

3. More innovations to get people taking transit to events. Much as I'd love to think we'll all keep piling onto those buses and rapid-transit lines, I fear that we'll snap back like a rubber band to previous patterns without the Olympics incentives to keep us going. (Though I do think that a couple of places in particular will benefit from the transit boom -- Richmond, which thousands of people discovered was easy to get to from downtown, and Yaletown, which turned into a social hanging-out spot for many visitors and which people from Richmond and south Vancouver now know is only ten minutes away.)

What were the incentives? A million dollars a day from VANOC to run the system at top capacity, so that you could walk out your door knowing that a bus or SkyTrain car would appear momentarily. Free transit attached to every ticket. And warnings that there was no parking at event sites.

Is there any way to replicate some of that? Free transit for the day that is incorporated into the price of various kinds of event tickets -- a kind of temporary U-Pass? A well-advertised promise of that level of service to the kinds of events that typically draw car-drivers? Removal of parking outside of large venues?

Whatever it is, there needs to be something beyond just a wish and a prayer that the province will grant TransLink more methods to raise money to run a bigger, better system.

There, those are my first three ideas. Thoughts?