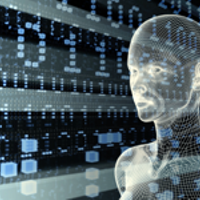 A Manual for Digital Revolt

Who killed British Columbia's biggest Facebook group with over 130,000 members -- NO BC HST -- for three days?

And how was it miraculously brought back to online life, with no explanation from Facebook or notice?

So far, I have no idea, even though I created and administer the protest group against B.C.'s planned seven per cent Harmonized Sales Tax and reported its complete disappearance to Facebook authorities.

It's a disturbing mystery without many clues.

But answers are needed, not just because this group temporarily vanished but because any Facebook group from any political perspective could disappear without a trace too.

In fact, another group I created that has over 8,000 members -- Axe The BC Gas Tax -- has also gone missing and not reappeared by press time.

And so has an Edmonton group of 30,000 members that also vanished on Friday, formed to support a seriously ill baby.

'We may never find out': expert

One expert is not surprised, nor does he have any comforting advice on how to avoid Facebook group problems.

Dale Jackaman, president of Amuleta Computer Security, says the disappearance of NO BC HST has only three possible explanations.  "The common link is you, so the question is whether Facebook had a technical issue with your account, or a security issue, or was one of your computers hacked," Jackaman said in an interview late Sunday.

Since this incident I've been scanning all my computers, changing passwords and trying to figure out what went on, without any answers.

But given that two of the five Facebook groups I administer -- the two that are the largest and most damaging to the B.C. Liberals -- were made to disappear, it's hard not to think that it was a politically-motivated attack, not a strange coincidence.

Meanwhile, Jackaman wasn't very encouraging about discovering what happened, based on past experience with Facebook.

"We may never find out. You can try contacting Facebook for security and personal account issues but it's very difficult to do," Jackaman said.

I intend to try, despite the lack of response from Facebook to date -- and to previous media inquiries I made to the Palo Alto, California-based corporation.

But this story is not about me, it's about you.

I've been honoured by the amazing response to NO BC HST since I created it in July 2009, shortly after Premier Gordon Campbell and Finance Minister Colin Hansen made the surprise announcement that B.C. would add an extra 7 per cent tax that will apply to a wide range of goods and services that previously only had a five per cent GST.

It's clear that the phenomenal growth of NO BC HST is solely due to the fact that so many people on Facebook told their friends, family and co-workers to sign up. It had a viral response last summer, with over 1,000 people a day joining.

At over 130,000 members, NO BC HST is actually bigger than the Vancouver Canucks official fan page on Facebook, with just under 121,000 supporters, and much larger than other political pages -- like Campbell's with 2,500 or Hansen's with 300.

What happened on Friday is that someone, somewhere -- either by accident or by malicious intent -- took away the legitimate voice of over 130,000 British Columbians who publicly stated their opposition to the HST, people who included their names and photos in democratically protesting this unfair tax.

This is our online community and we have a right to know it is a safe place that cannot be stolen from us -- not by any technical failures and definitely not by political hackers.

And now you can once again join NO BC HST.