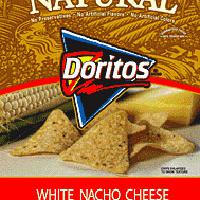 This study supports the notion that we each have, in general, a finite amount of altruistic behavior. Doing or buying one good thing means not doing another good thing later on. To me, it also says that our altruistic acts must be directed in the best way possible -- which is why my big idea for 2010 is vertical agitation.

First, consider what I describe as horizontal agitation, which many of us regularly experience. Horizontal agitation is peer pressure combined with a pejorative element of what is socially or environmentally unacceptable. One friend lambasts me if she sees me with a disposable coffee cup. Another one does when I drive instead of walk. A British colleague in fisheries told me he could no longer bear dinner with his "middle-class friends" because they would pester him about the hypocrisy of his seafood consumption.

Horizontal agitation can indeed lead to small changes. Studies show that scrutiny from peers can lead to increased eco-friendly behavior. Researchers in Norway found that people certain about their peers' recycling behavior were more likely to recycle themselves. In another study on towel reuse in hotel rooms, researchers from the University of Chicago found that a sign indicating how often towels were reused in that specific hotel room made guests more likely to return towels to the rack -- more so than with cards that only said to reuse towels to 'save the environment.' Peer pressure and knowing what our peers do can be good.

Take complaints right to the top

When it comes to consumption, horizontal agitation is not good enough. Small changes adopted one individual at a time can make a difference in a problem only when there is lots of time to solve it (for instance, in the marginalization of politically incorrect words from common language.)

But many of today's problems are urgent. Telling your friends to switch to LED light bulbs will not solve climate change. Choosing a MSC-certified fish over another is not going to relieve overfishing -- not when one trawler today can remove 60 tonnes of fish from the ocean in a single haul. The way to get big changes quickly and maximize the effect of our scrutiny is with vertical agitation.

Vertical agitation means working higher in the demand chain. Rather than consumers hassling consumers, vertical agitation implies consumers hassle mega-consumers (chefs, managers, retailers, universities) or government. This is nothing new. Slavery did not end because abolitionists peer pressured slave owners to free their slaves. The destruction of the ozone layer did not slow because consumers convinced other consumers to stop buying products that contained hazardous CFCs. Inherently, we know vertical agitation is best. But very few people seem to feel empowered to try it.

Yet the ability to pressure is, in fact, one of a global citizen's greatest assets. My colleague Patricia Majluf decided she didn't like that anchovies from her country of Peru were being turned into fishmeal for livestock so she teamed up with a chef and government officials to make anchovies more palatable to humans. That meant higher prices and justified lower fishing quotas.

Another colleague, Claire Nouvian, managed to arrange a meeting with President Sarkozy and vertically agitated him into supporting a CITES listing of bluefin tuna, and an EU ban on porbeagle shark fishing. Yes, these are exceptional endeavors. Majluf and Nouvian both once thought such victories were out of their reach -- until they tried.

We each need the perfectly sized problem -- not too big and not too small -- and then we need to direct it toward the appropriate person or institution -- not too low and not too high. For some people, this will mean continuing to pester their friends. For others it means aiming upward. Today's conservation movement, like the industries it seeks to revolutionize, must make big changes quickly. It can do this best with vertical agitation.