"Some automatically assume that we're going to be on opposite sides. But I think that's wrong." -- NDP leader Carole James to Business Council of B.C., March 2009 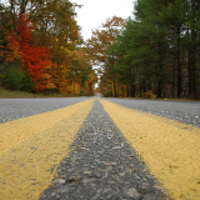 Running up the Middle

But all of them agree with the views of Moe Sihota, the former NDP cabinet minister who will likely become the party's new president at this weekend's convention.

So why am I seen as so outrageously wrong by my political commentator friends?

Because I believe the New Democratic Party has to move to the populist left to win the next election, not to the mushy centre with a futile effort to gain business support.

But that's apparently the opposite direction to where James and Sihota plan to go.

Here's what Sihota told Smith this month when asked if James' leadership is a problem.

"I don't think leadership is the issue with the NDP. I think market share is the issue," Sihota said.

"For the NDP to be successful, it needs to have stronger relations with all sectors of the business community," he said. "We need to get past the imagery of the party that has been created in a very polarized province."

That corresponds with Palmer's view, as stated on CKNW May 15.

"These people are crackpots! 'Cause here's their strategy summarized, right? We're going to move to the left, we're going to get our people really happy and we're going to win an election with 39 or 40 per cent of the vote," Palmer told Bill Good.

"James should put the people that make those arguments on call block at party headquarters," he added.

Baldrey had the same view.

"Yes, there's the class warfare element of the NDP that thinks that's how to win power in the province because they did it once in 1996 where the vote was split big time -- the Reform Party was able to get nine points -- that's a lot of voters and that's what gave Glen Clark the election, it wasn't his assault on the banks," Baldrey said on the same show.

"But there are class warfare advocates in the NDP who think, 'Oh, if we just move hard left we’re going to win.' And there's just not enough voters out there," Baldrey said.

"Unfortunately, some of the people who say Carole James should remain are also the people saying we have to move left, push her left. Carole James, I'm afraid, everybody, is not a hard left wing politician," he added

Baldrey concluded: "She's smarter than that, she’s a centrist, centre-left and if they try to push her to that side of the political spectrum, I think she'll fall off."

And on election night on CKNW, Smyth and Christy Clark, the former B.C. Liberal deputy premier and now talk show host, both replied that I was "crazy" for suggesting the NDP now had to move left to win.

So am I a crazy, crackpot class warrior? And, given that I was communications director to Glen Clark in the upset 1996 election, am I just trying to use the same playbook?

I strongly disagree, and actually have run my own business for 12 years, but you can be the judge.

Here's the first problem with the strategy outlined by Sihota, followed previously by James and endorsed by the punditocracy -- it doesn't and won't work.

The overwhelming majority of B.C.'s business community -- to put it simply -- hates the NDP's guts. Always have and always will.

But it's not personal -- it's common sense. The business community has its own party -- the B.C. Liberals -- that ably represents its interests in government.

The NDP can at best -- or worst -- only be a pale imitation of the real thing, a party of business.

Where the lines are drawn

While those advocating the NDP "increased market share" will say they want to represent "all" British Columbians, business and labour, rich and poor, working people and entrepreneurs, the truth is that neither the NDP nor any other party can successfully do that.

Politics is about choices, and business, to both its credit and advantage, has made a smart decision that the B.C. Liberals are their party.

What the rest of the population needs is a social democratic party that stands up equally strongly for their quite different interests, not a "me too" business wannabe.

Just look at a few key issues where business wins with the Liberals and loses with the NDP and you can easily see why real political lines are drawn in this province.

The minimum wage. The NDP want to raise it to $10 an hour. Business, especially small businesses, retail, restaurant and other sectors -- adamantly opposed the higher costs and so the B.C. Liberals have delivered, with no increase in eight years and none likely this term.

Labour laws. The NDP would want to make organizing workers easier for unions and decertification harder. Business got exactly the opposite changes from the B.C. Liberals in their first term, resulting in fewer unionized workers.

Social assistance. Welfare and disability benefits rates have languished under the B.C. Liberals, which helps pay for their significant business tax cuts.

Private power. The B.C. Liberals banned B.C. Hydro from all new small power projects while subsidizing the independent power producers by paying rates enormously higher than the cost from existing publicly-owned hydroelectric dams. This huge giveaway and the privatization of one-third of B.C. Hydro's operations has put millions in private companies' pockets at consumers' expense.

There are many more issues where the NDP's traditional positions are at odds with the interests of the business community.

That's why business has massively funded Gordon Campbell's party. In the 2005 election year, the B.C. Liberals report on political contributions ran 999 pages and totalled an astonishing $13,112,445.

And $10,116,354 of that amount came from businesses for an amazing 77 per cent corporately-funded party.

And business contributions added up to $238,769 -- $9.9 million less than the B.C. Liberals and amounting to just three per cent of their total. Individuals donated $5.2 million or 69 per cent and unions just over $2 million or 26 per cent.

So presuming the new NDP approach is to cozy up to business, how can that be done without dramatically changing long-held values and risking the loss of its existing political base?

The answer is that it can't.

The failed results of the NDP's centrist strategy were evident in the 2009 election, as I have written previously.

The number of NDP voters actually dropped by 40,377 in the 2009 election compared to 2005, indicating a failure to motivate its base. Moving more to the centre again hardly seems a winning strategy.

And while energizing all potential New Democrat voters -- maximizing the universe, in campaigning terms -- won't necessarily mean it gains a greater percentage of votes than the NDP achieved in 2005 or 2009, 41.5 per cent and 42 per cent -- what's clear is that neither of those efforts succeeded in winning government.

The NDP can't create a viable right-wing third party to split that vote with the B.C. Liberals, but it can play its own best game based on social democratic values that bring out its voters instead of leaving them sitting on their hands or reluctantly voting for the Green Party.

And by running hard on its core values, the NDP potentially encourage other voters to demand the same kind of choice -- including a viable rural, right-of-centre party that rejects much of the B.C. Liberal approach.

But all of this is not to say that the NDP adopting a hard left, anti-business approach would work.

In fact, the "Take Back The Party" group is urging a significant shift left for the NDP in espousing dogmatic language and marginalized platform ideas that would be a recipe for disaster.

No, what's needed is to honestly define the differences between the NDP and business and be clear about why they exist -- and how the NDP would fairly but firmly deal with them.

And there are some issues where the NDP can indeed win business support, most notably the Harmonized Sales Tax and its looming negative impact on a wide range of small businesses and the restaurant, hospitality and home building sectors.

Carole James and her caucus deserve strong credit for fighting the HST -- it’s not only a tax that will hurt consumers during a recession without putting a dime into public services -- it's also a potential game-changing issue that could defeat both Premier Gordon Campbell and Ontario Liberal Premier Dalton McGuinty, who is also introducing an HST.

The NDP can also appeal to business people who support a fair minimum wage, who don't believe B.C. should have the lowest child poverty rates in Canada for six straight years and who believe injured workers and the poor should subsidize corporate tax cuts.

But major businesses and their organizations -- from the Business Council to the B.C. Chamber of Commerce to the Independent Contractors and Businesses Association -- will all continue to donate heavily to the B.C. Liberal Party in hopes of defeating an NDP that would take measures opposed by business.

And no amount of NDP handwringing about wanting to appeal to business or visits to corporate headquarters will ever change that.

Regrettably, I am no longer appearing Mondays on CKNW AM 980's Bill Good Show -- see my blog for details.