"The recent vote is appalling. We will witness the tragic consequences of this bill." -- Dr. Carolyn Snider, Canadian Association of Emergency Physicians 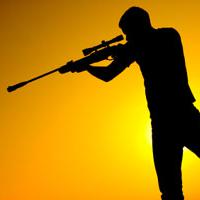 If Long Gun Registry Is So Dumb, Why Do Police Like It?

A lot of people had strong opinions on last week's column opposing the vote in Parliament to kill the long gun registry, passed with all Conservative and some Liberal and New Democrat MPs voting in favour.

Rural Canadians can handle their guns? In non-urban areas rifles and shotguns were responsible for 48 per cent of all firearm homicides. And surprisingly, rural residents are at higher, not lower, risk of being a homicide victim than city dwellers.

When it comes to who the killers are -- rural or urban -- the statistics are disturbing: in 70 solved homicides in 2008, 40 per cent of victims were killed by an acquaintance and 33 per cent by a family member, while just 17 per cent of deaths were at the hands of strangers.

The registry isn't effective? Since the registry was passed in 1995, homicides by rifles and shotguns have dropped by nearly 50 per cent, while handgun deaths are up and non-firearms homicides are down slightly.

Number one reason for revoking firearms licenses -- 75 per cent of them? "Court-ordered prohibition or probation." Yes, 1,366 revocations last year alone were because a court ordered someone not to possess firearms -- gee, maybe they had a criminal problem.

And another 201 applications were refused for the same reason.

What are the second-through-seventh biggest reasons for revocation or refusal of a firearms license? "Potential risk to others; potential risk to self; mental health; violent; drug offences; domestic violence."

Or look at Firearms Interest Police reports, which checks if a licence holder has been the subject of a police incident report by checking the registry. That only happened 102,841 times last year, including over 12,000 in B.C. alone.

Perhaps the information in the Commissioner's report is why Public Safety Minister Peter Van Loan didn't want to release it to Parliament until two days after the vote.

Registered long guns are hardly ever used in crime? A number of Conservative MPs have information on their website using two-year-old stats claiming that of 2,441 homicides between 2003 and 2007, under two pe rcent -- or 47 -- were committed using registered rifles or shotguns.

Up to date statistics are not readily available, but logic is. First, 47 homicides in five years with registered long guns is not insignificant. Second, as the registry continues to revoke and refuse long gun registration to criminals and others, as seen above, the homicide rate should drop.

Third, if stolen guns are used in a crime they can be traced through the registry -- see an example below -- meaning criminals will increasingly avoid using registered long guns.

Does it work? Here's one example from the report: "The Canadian Firearms Program provided support to an RCMP detachment, assisting with a Criminal Code of Canada warrant to recover firearms from a subject who had reportedly pointed a rifle at a co-worker and threatened to kill him."

"[It] confirmed the suspect had... nine long guns registered in his name. A warrant was granted and executed, resulting in the recovery of all nine long guns, including the suspect firearm and a quantity of ammunition."

Or this one: "Canadian Firearms Program provided support to an RCMP detachment after a suspect was stopped with four non-restricted 'long guns' in his vehicle. The suspect was evasive when questioned, leading investigators to believe the firearms had been stolen... checks on the recovered firearms determined all four were registered to a local resident and not the person who was in possession of them.

"The registered owner, who was working out of town, was contacted by police and said that, as far as he was aware, all of his firearms were safely stored at his residence. Police attended the owner's residence and discovered evidence confirming that his residence had been broken into and that all 16 of his long guns had been stolen. Subsequent investigation resulted in the recovery of the remaining 12 long guns from the suspect."

The Canadian Association of Chiefs of Police is "biased" and "political"? A ridiculous argument but let's hear from police chief Mike Osborne of Midland, Ontario with a population of 16,000 -- in other words a small town chief, not Toronto's.

"If we’re en route and we know a person has firearms -- you always try to be cautious anyway -- but it just gives you that added information. We do use it when we attend residences to help us gauge what the threat level is," Osborne said. "I do, regardless of whether it's a handgun or a long-gun, see the value of the registry."

"To scrap it now would almost seem like a real waste of the millions that have already been spent," he said. "There's some value in making people feel responsible for their firearms in a way that makes them store and secure them properly, so that was one of the positive things that came out of this whole system.

"It changed people's attitudes about gun and ammunition storage. It put some tough laws in place that regular gun owners are more likely to secure their firearms so they're not being stolen or misused so often," he said, adding it also provided tougher licensing and training for firearms.  "People had to really want a firearm for a particular purpose... and I believe that made them take gun ownership more seriously," Osborne concluded.

Others argued that "rank and file" police oppose the registry. But that argument is completely bogus. Only one, repeat, one police union has publicly opposed the long gun registry -- the Saskatchewan Police Federation, representing 1,100 municipal officers.

But Yves Francoeur, the head of Montreal's 4,700-member police union says the registry is essential and can't believe people are complaining about registering rifles.

Don't polls show opposition to the registry? A new Harris-Decima poll last week said 46 per cent of those surveyed said getting rid of the registry was a good idea, while 41 per cent thought it would be a bad idea.

But an Ipsos-Reid poll in 2006 found 67 per cent supported having a gun registry.

And even in the Harris-Decima poll, 44 per cent of urban residents oppose killing the registry versus 42 per cent who want it gone. Only in Conservative-held ridings are a majority in favour of abolishing it.

The reality is that the former federal Liberal government's incompetence in creating the registry at great cost in the first place has biased many against it, even though the current annual budget is just $8.4 million and getting rid of it now won't recover the money already spent -- but will waste it.

Lastly, some critics thought it was great that the NDP leader Jack Layton and Liberal leader Michael Ignatieff allowed a "free vote" that let 12 NDP and eight Liberal MPs from rural ridings to vote to kill the registry.

How political parties failed us

Political parties exist with platforms and policies to give voters clear choices that distinguish one from another. Like it or not -- and some don't -- most voters decide to cast their ballot based on the party and leader, not the local MP.

And party members and donors join and fund their choice of party based on its ideological perspective and goals -- not because it has hundreds of candidates for office who all hold different views on important issues.

That's why many New Democratic and Liberal supporters were appalled by the free vote -- they feel the gun registry is a fundamental value question, not a minor one where a free vote has little consequence.

Jack Layton was a founder of the White Ribbon Committee in Canada, a group of men working to end violence against women. It was created after the Montreal Ecole Polytechnique massacre on December 6, 1989.

And Layton promised he would let provinces implement an "absolute ban" on all handguns -- something I oppose -- in the last federal election campaign.

How does Layton square those positions with letting a third of his NDP caucus vote to kill the long gun registry?

Ignatieff told Liberals in just April of this year his caucus would block Prime Minister Stephen Harper from killing the gun registry: "We won't let him. We won't pass his bills."

But now he has done exactly that.

Both leaders face serious credibility questions on the gun registry -- and both are getting a backlash for their new positions from supporters.

And so they should.

But as I said last week, there is still time for Canadians who support the long gun registry to influence the final vote by MPs. Contact Layton, Ignatieff and other MPs to let them know it is a vote-determining issue for you -- it's the only way to save the registry -- and save lives.