[Editor’s note: On July 9, The Tyee published an opinion piece by Ashley Holly critical of Canada’s position on the ouster of Honduran president Zelaya and resulting efforts to restore him to office. The article, entitled 'Shame on Canada, Coup Supporter,' prompted an e-mail of rebuttal from Phil Taylor of Export Development Canada. We shared his note with Holly, who is a student doing research in Honduras. We publish Taylor's e-mail and Holly's response in this article.

Furthermore, a July 20th e-mail by Minister of Foreign Affairs Peter Kent criticizing Holly’s article came into our hands by another party. We publish that as well to add to the discussion. Kent defends himself as a leading voice urging Zelaya’s delayed return to Honduras. More than six weeks after his ouster by the military, Zelaya remains in exile.] 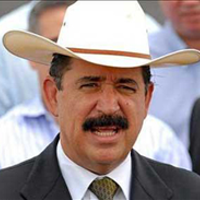 Your website contains an article that makes erroneous references to Export Development Canada (EDC) as follows:

"Currently, Canadian companies own 33 per cent of mineral investments in Latin America, accumulating to the ownership of over 100 properties. Export Development Canada contributes 50 per cent of Canadian Pension Plan money to mining companies, which offered upwards of $50 billion in 2003. Goldcorp alone has received nearly one billion dollars from CPP subsidies. Although EDC is responsible for regulating Canadian industry abroad, it has been accused of failing to apply regulatory standards to 24 of 26 mining projects that it has funded."

Both statements are false.

EDC is in no way affiliated with the Canada Pension Plan, and does not make investments on their behalf.

EDC has no regulatory power of any kind, and does not "regulate Canadian industry abroad."

Given the blatant inaccuracy and gross misinformation of these statements, I would ask that these references be removed from your site.

Phil Taylor claims that I am grossly misinformed about the relationship between the EDC, CPP and mining companies. He is absolutely correct. Access to clear information about EDC is so difficult that to be anything but grossly misinformed is a full-time job -- one which is not particularly easy from a cybercafé in rural Honduras. This is, in part, due to the fact that until Sept. 2007 the EDC was exempt from the Access to Information Act.

Assuming responsibility for this confusion, I would like to revoke the following comment from my article Shame on Canada, Coup Supporter: "Export Development Canada contributes 50 per cent of Canadian Pension Plan money to mining companies, which offered upwards of $50 billion in 2003." I have misunderstood the relationship between CPP, EDC and mining companies. Fortunately, some people have made understanding the EDC their full time job, such as the folks at Probe International and Halifax Initiative. Halifax Initiative has published a mining map indicating where EDC has provided funding for Canadian mining companies.

I encourage you to visit their respective websites to inform yourself further.

Phil states that "EDC has no regulatory control". The point I wanted to make is that EDC is an export credit agency that finances mining companies who are being resisted locally.

Moreover, "a recent Auditor General report found that the state-owned EDC, which subsidizes Canadian mining ventures across the globe, failed to fully apply its own regulatory standards in 23 of 26 cases reviewed" (North, 2006: 7). This is important because "in 2003, EDC provided over 51 billion to private companies, including mining and oil companies, for trade finances and risk management services" (North, 2006: 208). Therefore, the EDC is responsible for applying its OWN regulatory standards and it FAILED to do so.

The connection between CPP and mining is that "among the Canadian Pension Plan Reserve Fund's stock market investments are weapons-makers, cigarette producers, top air polluters and firms whose activities have been linked to allegations of human-rights abuses" (Patterson, 2006). CPP does not do positive or negative screening when pursuing its investments, which include defense stocks, genetically modified foods, tobacco and open-pit mining.

Finally, EDC declares that "the corporation is financially self-sustaining... EDC does not receive annual parliamentary appropriations and EDC does not provide subsidies to Canadian companies." This statement has been further explored by Patricia Adams of Probe International. Adams writes:

"The EDC success story starts with a taxpayer gift of nearly $1 billion in capital. Because that wasn't enough to make a go of it, EDC also obtained 'Her Majesty's credit card' as put by Michael Mackenzie, former director of the Office of the Superintendent of Financial Institutions. Membership in government has its privileges. On this credit card, EDC now carries a balance of some $16 billion at the government's preferential rate. Among other government privileges: EDC doesn't pay income taxes and, after it makes bad loans to countries such as the former Zaire, it gets the government to bail it out. Over the past decade, Canadian taxpayers have picked up some $800-million in deadbeat loans" (Adams, 2000).

In the future, I will write only what I see, rather than what I read.

Patterson, Kelly. The Dark Side of Your Canadian Pension Plan. The Ottawa Citizen. Saturday, November 4, 2006.

The Tyee article could have been written by Hugo Chavez. It does not accurately represent events. Canada has taken a leadership role in events since the coup. I personally helped negotiate the resolution which dispatched Secretary General Insulza to Tegucigalpa to demand that the coup be reversed and President Zelaya reinstated. I also participated in the Jun. 30th/Jul. 1st special session to draft and pass -- unanimously -- the resolution to suspend Honduras from the OAS and to provide for dialogue with all parties to restore democracy to Honduras and to reinstate President Zelaya for the half year left in his term.

I urged -- before the entire council -- and was congratulated by all countries except Venezuela, Nicaragua, Bolivia and Ecuador... that his return be delayed until the country was calm and the situation safe. Zelaya and the chavistas ignored our advice and you know what happened when he attempted to return.

I am now involved in the plan proposed by President Oscar Arias to negotiate a peaceful end to the coup... which would restore Zelaya in a national unity government.

There is no question the coup was illegal and he must be allowed to return. But, we have to remember the context of events which led up to the military crossing the line.

The Honduran Congress and Supreme Court were well within their laws when they acted to defend the constitution against President Zelaya's attempt to hold an illegal referendum to change the constitution.

You must advise your folks to exercise extreme caution in the information they consume. The article you forwarded to _____ was grossly inaccurate and ideologically driven.

Please share the statement issued by DFAIT Saturday night. It represents reality... and the truth.

Hope all is well with you (otherwise).

[Appended:] Statement by Minister of State Kent on the Situation in Honduras

The Honourable Peter Kent, Minister of State of Foreign Affairs (Americas), today issued the following statement on the ongoing political crisis in Honduras:

"In light of the mediation process involving representatives of President Zelaya of Honduras and the de facto government this weekend in Costa Rica, Canada wishes to stand with our colleagues in the region and reiterate the call for restraint in the timing of President Zelaya's return to Honduras.

"A return to Honduras should only occur when a peaceful solution has been found and conditions are appropriate. A return to Honduras prior to a negotiated resolution is strongly discouraged. Actions resulting in violence will not be in the best interests of the people of Honduras.

"While we are disappointed that the political crisis has not yet been resolved, Canada strongly supports the efforts of President Arias of Costa Rica, a man well respected for the role he has played in past Central American peace processes. We call on all parties to negotiate in good faith to seek a peaceful resolution to the present political crisis that restores democracy and respects the Honduran constitution.

"As tensions mount, we call on all parties to condemn any and all incitement to violence in this ongoing crisis and to respect the right of Hondurans to peace, order and good governance.

"We will continue to closely follow developments on the ground and stand ready to play a constructive role, both bilaterally and multilaterally."