Today, unfortunately, we do not have a government that will tell the truth about the finances of this province. -- Gordon Campbell, July 10, 1996 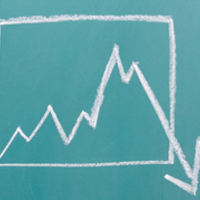 Ready for a Slump?

Today's column has been written for the most part by Premier Gordon Campbell, with his direct quotes from debates in the B.C. legislature.

Campbell's comments were aimed at the budget introduced by the New Democrat government of then premier Glen Clark before the 1996 election, when a small projected surplus in the $20.6 billion budget turned into a $235 million deficit -- but their relevance 13 years later is stunning.

But on Thursday, Finance Minister Colin Hansen finally admitted what everyone else in B.C. figured out months before: "Given what I know today, I am not optimistic at all that a $495-million number is anywhere near possible."

Back in February, Central 1 Credit Union's report on the budget clearly said that: "A deficit of $1 to $1.5 billion... in 2009-10 is the more likely outcome due to revenue shortfalls." The deteriorating world-wide economy's impact on B.C. was obvious but the premier continued the fiction that the deficit was fixed.

Here then, some choice quotes about truth in budgeting from Gordon Campbell:

July 8, 1996: "The government has made it clear that truth in budgeting comes a distant second to its political agenda. Political deception has consistently taken precedence over the truth."

"The people of British Columbia expect accountability and truthfulness in the budget process. We have seen from this government consistently a misleading agenda in terms of budgets."

"People in British Columbia expected the truth from this government. They expected them to lay out the facts and recognize that we can have a good political debate based on the facts."

"This government has done everything they can to hide the facts, to cover up the facts; and when the facts were not comfortable, they would distort the facts to try to mislead the people of British Columbia, and that is wrong."

"The only thing that is consistent about this premier is that he says one thing before an election and the exact opposite after an election."

"I think it's a shame when the legislature of British Columbia becomes known as the 'wriggle room.'"

July 4, 1996: "Like so many other things with this premier, he says one thing one day and does the opposite the next day."

July 10, 1996: "I think and I hope that before we vote, every single member in this House will think of three important words and look at their conscience and ask themselves if they can support this budget in good conscience."

"I'd like to remind us of these three words. The first one is 'integrity.' The second one is 'honesty.' The third is one that I believe has been eroded time and time again in our political institutions over the last number of years -- certainly not just by this government but by many governments in the past as well as by this government -- and that is 'trust,' public trust."

"The best public service any of us can provide is to act with integrity and show the public of British Columbia that we put their interests ahead of political interests and that we understand that there is no such thing as government money; there is only taxpayers' money."

"With this government, with this budget, there has been nothing done to re-establish the trust that British Columbians should have in their public institutions."

"The fact of the matter is that people in British Columbia today say: 'When can we trust anyone?'"

Again, all the words of Gordon Campbell.

One thing has now been made perfectly clear with his pre-election budget. British Columbians can't trust this hypocritical premier or his BC Liberal government.