“The BC NDP voted to give yet another break to oil and gas companies, allowing them more flexibility on dormant well cleanups,” Furstenau said in a statement this week.

“This is the wrong decision to make in the midst of a global ecological crisis,” she said. “The work of cleanup should be the sole responsibility of oil and gas companies, and we should be requiring them to clean up on time.”

At issue was a clause buried in Bill 21, the Miscellaneous Statutes Amendment Act (No. 2), 2021, a bill that amends at least a dozen different laws.

The change to the Oil and Gas Activities Act “will provide the Oil and Gas Commission with enabling powers to exempt oil and gas development permit holders from requirements of the Dormancy and Shutdown Regulation in circumstances that merit it.”

The regulations had required companies to clean up and restore wells that were no longer producing oil or gas within set time limits.

Bruce Ralston, the minister of energy, mines and low carbon innovation, said in the legislature that sometimes permit holders try to meet the deadline to decommission a well, but are unable due to technical challenges.

It will be up to Oil and Gas Commission staff to verify that the permit holder couldn’t meet the deadline, he said.

“This discretion would be very much the exception,” Ralston said. “Sometimes site remediation requires longer than anticipated. A permit holder could be working as quickly as possible and yet need more time.”

The deadlines, which were established in a 2018 bill and related regulation, vary depending on when a well became dormant. The first deadline was set for Dec. 31. The regulations gave companies until 2036 to fully decommission and restore sites that were dormant before the end of 2018.

Furstenau said in the legislature that previously a company that failed to actively pursue production would lose the right to the resource. The new legislation encourages companies to delay cleanup, she said.

“The concern is, if there are no limits on how long an exemption can prolong cleanup, would this mean that dormant sites could sit in perpetuity and, if this were the case, the implication being that industry could lock up a resource without producing the resource but keep the rights to produce it?”

Companies could hold onto the permits and perhaps sue for compensation if in the future there’s a moratorium on production, she said.

“Government could be foregoing royalties and potentially liable for the devaluing of the right to produce if we ultimately do what climate scientists are indicating we need to do, which is leave oil and gas in the ground.”

The government should instead be doing more to protect the public interest by making sure companies remain liable for cleanup after they’ve extracted the profits from a publicly owned asset, Furstenau said, noting that 30 per cent of wells in the province are dormant.

BC Promises to Fix ‘Broken’ Oil and Gas Royalty System

Ralston said that the change will give the Oil and Gas Commission discretion to set a new deadline for cleaning up a dormant well. “It’s always envisaged that there will be a requirement to restore in the way that the legislation requires. The exemption will never exempt the permit holder from the requirement to restore. It simply may adjust the time period in which that requirement is required to be fulfilled.”

Donna Forsyth, a retired legislative advisor for the Ministry of Environment, said the move gives more authority to the Oil and Gas Commission, an agency that tends to rubber stamp applications from companies and needs more scrutiny.

As written, the exemption authority would apply not just to wells but also to other oil and gas infrastructure, Forsyth said, allowing the government to exempt companies owning pipelines, refineries, manufacturing plants, roads and storage reservoirs containing toxic water from restoration and other regulatory requirements.*

“Government messaging has focused on this being about creating flexibility of timing only,” she said in an email. “That is still problematic, because if there are no limits on what is considered to be OK in terms of exempting from the time limits, allowing dormant sites to exist into oblivion is problematic.” 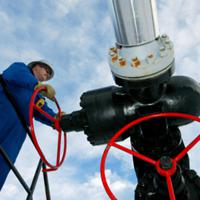 There is no accountability to make sure giving a company a deadline exemption will meet the goals set in the restoration regulations, Forsyth said.

“This authority is extremely powerful for sidestepping requirements to allow the operator to save time and money,” she said, “and undermines the claims by the OGC of their ‘robust regulations’ for the oil and gas industry.”

Furstenau said dormant wells can emit millions of kilograms of methane each year.

“It is unacceptable at this point in the climate crisis to be letting oil and gas producers off the hook for the timely cleanup of their sites, and it is unacceptable for the BC NDP government to be making these changes away from parliamentary debate.”

BC Liberal MLAs also voted in favour of the change while the two Green MLAs were opposed.

* Story updated on Oct. 22 at 11:35 a.m. to include additional information on new well site cleanup legislation.