Under the cover of a pandemic, Alberta Premier Jason Kenney quietly wiped away a near half-century of safeguards against open-pit coal mining in most of the province’s Rocky Mountains and foothills.

The result could be the stripping away of mountain tops across more than a million and a half hectares of terrain — about half the size of Vancouver Island.

Gone, as of last May, is the province’s 1976 Coal Policy, which protected the headwaters of rivers that secure drinking water for Canadians across the Prairies.

The Coal Policy was established by the Progressive Conservative government then led by Peter Lougheed, based on nearly six years of active public consultations. It was quietly axed this spring without input by First Nations or the wider public.

In fact, Kenney’s government only talked to one group, the Coal Association of Canada. (See this related story published today on The Tyee.)

Now a handful of largely Australian-owned corporations intent on serving metallurgical coal markets in India and China are poised to begin transforming Alberta’s eastern slopes into an industrial mining zone.

What is scraped from Alberta’s earth will be carried by rail to be loaded on ships in Prince Rupert, B.C., or the port of Vancouver, where opposition from affected communities stopped a previous attempt to ramp up coal shipments from outside the province.

The abrupt rollback of the Coal Policy surprised many, because Kenney’s election platform made no mention of it.

To date, the government has refused to explain the full implications of killing the program, claiming it simply modernized an “obsolete” policy. Albertans, they’ve said, have nothing to worry about because of “the existing rigorous Alberta Energy Regulator review process.”

A government website implies the Coal Policy was all along designed to enable open-pit mining under certain circumstances and nothing’s changed. “The original intention of the Coal Policy was to ensure that there were appropriate regulatory and environmental protection measures in place before new coal projects were authorized,” it says.

But these statements are false, according to David Luff, who worked for Alberta Energy and Natural Resources in the 1970s when the policy was developed and implemented.

“What I find disturbing now is the way the Alberta government is portraying the province’s Coal Policy as archaic and outdated. It was 40 years ahead of its time,” Luff told The Tyee.

“It is unconscionable we are where we are now,” added Luff, who also served as assistant deputy minister for Alberta Energy from 1994 to 1997. He now serves as the vice chair of the Muskwa-Kechika Management Area Advisory Board in British Columbia.

The Coal Policy, combined with the Eastern Slopes Policy also implemented by Lougheed, specifically protected much of the province’s clean water and its irreplaceable source, the Rocky Mountains.

The policy also declared that no coal development would take place unless it “achieved maximum benefits for Albertans,” explained Luff. The mining set to be unleashed will enrich some but must be weighed against the threat to water far more Canadians depend upon, he noted.

Lougheed’s Eastern Slopes Policy, also the product of widespread public input, worked in tandem with the Coal Policy: “The highest priority in the overall management of the Eastern Slopes is placed on watershed management.” It also emphasized the importance of protecting “renewable resources” such as wildlife, trees and solace.

The Coal Policy not only set standards for developing coal mines, but represented a form of accountable government that politicians have largely abandoned, noted resource economist Robyn Allan.

“It was sound public policy that supported legitimate and responsible activity by not aggravating bust and boom commodity cycles,” Allan told The Tyee.

The Coal Policy also laid out Lougheed’s principles for resource development in the public interest: Go slow. Save the money. Collect your fair share. Add value. Behave like an owner. And clean up the mess.

Lougheed later applied these same principles to the oilsands development including high royalties, which carefully paced and restricted development. However, successive Tory governments abandoned that model by speeding up and facilitating oilsands production.

“The Coal Policy is anathema to the Kenney model, which props up business interests at everyone’s expense and which will exacerbate the bust and boom cycle for metallurgical coal,” said Allan.

The policy allowed some restricted development on the plains and northern forested regions as well as mines in the rest of the province “subject to the proper assurances respecting protection of the environment and reclamation of disturbed lands.”

There are nine active coal mines in Alberta. But in the past 44 years, no mines have been allowed on what the Coal Policy designated as Category Two lands where underground mining was allowed but open-pit mining forbidden.

Dropping the Coal Policy means the high bar for protecting those lands “has been lost,” said Luff, “and now all these applications from Australian companies are the on block.”

Leading the charge is Hancock Prospecting, owned by Australian billionaire Gina Rinehart. Her Grassy Mountain Coal Project in the Crowsnest Pass will undergo a joint federal and provincial hearing this fall.

Rinehart is one of richest women in the world and does not believe in climate change.

Her proposed mine is not on Category Two land. But other Australian firms including Montem Resources and Atrum Coal hope to piggyback on the success of Rinehart’s application to gain access to the eastern slopes.

Just before the Kenney government wiped away the Coal Policy’s restrictions, in an April investor presentation, Atrum Coal mentioned that policy stood in the way of its plans in Alberta. But it had a solution: “Regular, proactive engagement with Alberta government has significantly increased confidence of such an approval.”

CAC president Campbell recently told the CBC that axing the Coal Policy’s land protections had the desired effect: "at least a half a dozen" companies are currently looking at developing mines on formerly Category Two lands and "there will be more."

Contrary to claims made by the Kenney government, no comparable land-use planning currently exists to protect Category Two lands in Alberta. They have been orphaned to coal.

The coal mined in southern Alberta, which is the metallurgical kind used to make steel, would end up at Vancouver’s Neptune and Westshore terminal. Other mines proposed for Alberta’s central eastern slopes would send loads of their hard coal to the Ridley Terminals in Prince Rupert. Globally, the burning of metallurgical coal to make steel accounts for nearly 10 per cent of all greenhouse gas emissions. That makes the industry, after China and the United States, the world’s third largest emitter — or what one analyst calls "The Republic of Steel."

But by rescinding the Coal Policy, the Kenney government not only eliminated key obstacles to a surge of mining in sensitive ecological areas, but also a set of principles that respected the public interest.

Sped-up, multiple projects. The Coal Policy recognized that permitting too many projects at one time created economic bottlenecks, manpower shortages and infrastructure challenges. As a consequence, government was required to control the pace of the development in the greater public interest.

But the Kenney government has dropped those guardrails, introducing legislation to “allow Cabinet to specify time limits for the review and approval of energy projects by the Alberta Energy Regulator.”

Low royalties. The Coal Policy also restricted development by mandating high royalties that collected at least one-third of the revenue generated by the mines. It ordained that “the government will ensure that a fair price is received for this depleting non-renewable resource.”

The Kenney government has instead lowered or frozen royalties for fossil fuels, so that charges will be as low as one per cent.

Blurred reclamation requirements. The Coal Policy provided clarity about reclamation. It stipulated that “a security deposit based on the degree of disturbance and the quantity of coal produced will be required to ensure complete and satisfactory compliance with the regulations and approvals.”

Alberta’s “modern” Mine Financial Security Program doesn’t do that. In fact, Alberta’s auditor general has questioned its integrity.

Although the AER estimates the liabilities for the cleanup of coal mines and oilsands mines to be around $31 billion, the Mine Financial Security Program currently holds less than $2 billion in security.

Critics say the flawed program conveniently high balls the value of assets while diminishing growing liabilities, a game of negligence that leaves taxpayers on the hook for multi-billion-dollar cleanups.

Diminished oversight. The Coal Policy ensured that no project would proceed “unless the overall economic and social impact is beneficial to Albertans.” That meant cost benefit studies, social impact analysis and tough environmental impact assessments performed by regulatory bodies sworn to protect the public interest.

But the credibility of Alberta’s energy regulator and its claims to independence have been eroded by multiple scandals. The Alberta Energy Regulator is entirely funded by industry and dropped its mandate to protect the public interest in 2013.

During the oilsands and gas fracking boom, the agency rubber-stamped one project after another while allowing the oil and gas industry to stockpile 100,000 inactive wells and forgo on cleanups.

Today, the AER’s key decision-makers are closely aligned with the industry they are tasked with holding to account. Kenney’s former campaign manager, John Weisenberger, recently became the AER’s new vice-president of “technical science and external innovation.” Weissenberger, a geologist by trade, thinks climate change is over-rated and describes himself as a “political activist.”

“Coal mining in the upper reaches of headwater streams is untenable, and doesn’t make any sense at all,” says Luff, who is confident it could never have occurred under the Coal Policy that he helped implement.

Open-pit coal mining is not only a water hog but leaves behind a legacy of pollution problems. Selenium contamination, for example, at Teck’s open-pit mines in B.C., has cost nearly $1 billion with no reliable remediation program in sight. It is a fish and bird killer. 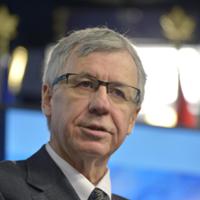 Such pollution on the eastern slopes of Alberta’s Rockies could affect drinking water supplies for Prairie citizens in three provinces for decades, he notes, and wipe out any job benefits. “The generational impacts of these foreign-owned developments on Alberta, and everyone who lives downstream, is just mind-boggling.”

Former premier Ralph Klein often referred to ordinary voters as “Martha and Henry,” noted Luff. “If Martha and Henry in Rimbey, Alberta really understood what was going on, they would be apoplectic.”

Why would the Kenney government put at risk such political support, much less the environmental health of vital watersheds?

Luff looks at the tanking fortunes of the oil patch and sees a trigger. “It is the narrow view of one government focused on a downturn in its oil and gas sector and trying to recover from the effects of pandemic and that somehow thinks bringing on coal development is a potential panacea.”

Now, said Luff, “It almost appears as if the Kenney government is in bed with Australian developers. Or it shortsightedly believes that coal will be their saviour. But it makes no environmental or economic sense.”