British Columbia’s education minister is confident that a cut to funding for online private school students is fair, despite the concerns of the BC Liberal opposition and affected families.

Rob Fleming rejected the criticism from the BC Liberals.

“I find it a bit curious that for 16 years they did everything they could to stifle and cut funding and proper resources of the public education system, and now with a very minor policy change which is still going to see an increase in funding next year to Independent Distributed Learning schools, they’ve sought to make this an issue,” he said.

“Even they had concerns about Independent Distributed Learning funding being used inappropriately,” Fleming said. The former Liberal government capped the additional supplies that could be purchased for those enrolled in the programs, he noted.

There are 16 Independent Distributed Learning schools in the province serving some 9,400 students. The largest is Heritage Christian Online School, whose mission is “To develop innovative Christ-centred educational opportunities for learners to explore and embrace God’s unique purpose.”

Independent Distributed Learning allows students to study from home. It’s different from homeschooling in that students have to follow the B.C. curriculum under the guidance of B.C. certified teachers.

Since 2012, IDL independent schools have received 63 per cent of the per-student funding provided to comparable public schools offering distributed learning.

This spring, the government announced that starting July 1 funding will be reduced to 50 per cent of what the province pays for public distributed learning, the same formula used for funding most brick-and-mortar private schools.

According to the government, unlike other private schools, 15 of the 16 Independent Distributed Learning schools charge no tuition fees.

“It’s a glaring inconsistency for an independent school to be 100-per-cent covered in all of their operating expenses by government,” Fleming said. “The resources are to provide instruction and fund a portion of an Independent Distributed Learning school’s costs, but not 100 per cent of it.”

The government is trying to create a consistent and fair policy, he said. “The previous government quietly increased it just for the very small number of students enrolled in independent distributed learning from 50 per cent to 63 per cent, so we’re really returning to a rate that was, for most of their time in office, in fact the policy.”

BC Liberal education critic Dan Davies, the MLA for Peace River North, has been raising concerns about the change since it was announced in May, and last week he hosted virtual townhalls on the issue.

People are in shock that the government made the cut without consulting those who would be affected, Davies said, noting that it came at a time when online learning is more needed than ever and schools had already made their plans and set their budgets for the coming year.

“We support parents’ right to choose what is right for their kid,” Davies said. A relatively small number of students are in IDL schools, he said, and in many cases, they have already tried the public system and found it hadn’t met their needs.

“These kids can have a bright future to look forward to they did not have before,” he said. “How can government take that away? This is what parents are demanding. What gives you as government the right to unilaterally tell my child they are not entitled to a bright future? And that’s why we support this choice.”

A BC Liberal government would restore the funding for IDL schools, he said.

Sarah Wuthrich lives outside Fort St. John and has five children enrolled with Heritage Christian Online School in Grades 2 through 8. Four of her children have learning disabilities for which no extra funding is available, so enrolment in an IDL school was a way to get individualized support.

She says she supports a strong public education system and isn’t anti-union, but she’s aggravated when she sees calls from the BC Teachers’ Federation to end funding for all independent schools, including IDL schools.

IDL schools that don’t charge tuition are accessible to everyone, not just the wealthy, she said, adding they should be embraced as an alternative to the public system for vulnerable students, especially in rural places where there are few if any options.

“Everything I see is prioritizing a system and not education for B.C. children,” Wuthrich said. “It’s narrow minded to think it needs to be limited to a single union-controlled system and we can’t embrace alter-natives to add diversity to the system.”

A press release from the BC Liberal caucus this week quoted Grade 7 and 8 students Lucas and Abby from Fort St. John saying they and their siblings had been in IDL for six years. “The government just ripped away a huge chunk of education and they have only sent us one [email] reply that treated us like robots,” they said.

“They just gave us a list of schools we could attend, almost like the plan for these cuts is to force us out of our IDL schools. If the government cut $800 of funding to public school students, everyone would be screaming at the injustice of it.”

Another townhall participant, not quoted in the BC Liberal press release, made it clear her family was us-ing the money for things like a home library that other schools wouldn’t fund.

“You know, you got music lessons, swimming or any other kind of, you know, extracurricular type of activities,” said Bethany, who identified her family as living in a rural area an hour north of Fort St. John. “And that funding is going towards that as well.”

Fleming said that in the past IDL schools used public money to entice families to enrol their children by advertising things like free iPads and laptop computers. In some cases, schools bought families kayaks, an above-ground swimming pool, a swing-set and welding equipment, a practice the previous government capped in 2014.

“Clearly they thought that was unacceptable and a sign of overfunding, if you like, and sought to bring in measures,” he said. “What we’re trying to do is make it fair for the independent school sector at large.” 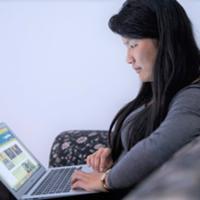 The former government also capped the number of IDL schools at 16 in 2012 and said no more would be allowed to start.

“They were trying to address some problems they clearly saw, and now they’re trying to capitalize on what is a very slight adjustment,” Fleming said.

The current government has raised funding for special education by 30 per cent for all students, whether they are in public or private schools, Fleming said, adding that even with the new funding formula IDL will see an overall four-per-cent budget increase this year.

“We certainly respect families that choose IDL for their children. Those whose kids have special education recognized needs are benefiting from significant investment, enhancements made by our government,” he said.

“But on the issue of whether it’s good public policy for government to provide 100 per cent of the operating costs of a private entity, I don’t think that fits the original policy intention.”