A new study published in Nature may have ended a long scientific debate about the key source of rising methane levels in the atmosphere.

In plain English, that means the fossil fuel industry is having a much greater impact on climate destabilization than previously thought.

Methane, the main chemical constituent of natural gas, is a much more potent greenhouse gas than carbon dioxide in the short term. Although methane dissipates faster than carbon dioxide, it has 80 times the climate warming impact over a 20-year timespan.

Every day, the oil and gas industry burns or releases methane by design, often as an unwanted byproduct of oil production, or leaks it accidently through faulty or aging equipment — a form of chronic spillage known as “fugitive emissions.”

Methane also escapes while industry strips a number of impurities and contaminants from natural gas gathered in gas fields, including hydrogen sulfide and carbon dioxide.

For years the fossil fuel industry has claimed that natural gas is a clean fuel that will serve as bridge to a renewable future, but recent studies show leakage rates are highly underestimated, thereby challenging that claim.

Industry and many researchers have long suspected that the volume of methane coming from natural geological fractures and seeps in the ground was almost as significant as that from industry.

But the landmark Nature study, based on analysis of air bubbles trapped in Greenland ice core samples from before and after the Industrial Revolution, found that’s probably not true.

Prior to the Industrial Revolution, methane in the atmosphere primarily came from biological sources such as swamps, rice paddies and livestock.

But around 1870, when the British Empire intensified coal consumption by ships, trains and manufacturing, more methane began to come from the fossil emissions of an energy-hungry civilization.

“We’ve identified a gigantic discrepancy that shows the industry needs to, at the very least, improve their monitoring,” Benjamin Hmiel, a researcher at the University of Rochester and the study’s lead author told the New York Times.

“If these emissions are truly coming from oil, gas extraction, production use, the industry isn’t even reporting or seeing that right now.”

The study’s implications for governments currently subsidizing the fossil fuel industry or committed to slowing climate change are dramatic.

“Placing stricter methane emission regulations on the fossil fuel industry will have the potential to reduce future global warming to a larger extent than previously thought,” said Hmiel.

Robert Howarth, a Cornell University professor who has studied the global methane issue for years, told The Tyee that the study’s findings are significant.

Most models of methane emissions have assumed a large proportion come from natural leaks from rock formations unrelated to energy industry activity.

“This new paper makes us reassess that,” he said, indicating that fossil fuel emissions represent a much larger slice of the global methane pie than previously calculated.

“This new estimate for fossil fuels is more in line with what I and many others have been independently estimating for emissions from fossil fuels, but some scientists were skeptical of our results,” said Howarth.

REDUCING METHANE IN BC

Canada’s plan to reduce methane emissions by 45 per cent by 2025 doesn’t apply to emissions in Alberta or British Columbia, because these petro-provinces have their own policies.

But neither province has rules as comprehensive as the new federal regulations, says the Pembina Institute, an Alberta-based energy think tank often funded by the industry.

And that means both provinces will fail to reduce methane emissions as needed.

Although B.C.’s 2019 legislation has many good elements compared to the federal legislation, it also has some glaring weaknesses.

For example, it does require more inspections of gas plants and better standards for pneumatic devices. These gadgets act as pressure regulators and frequently bleed methane into the air.

But according to the Pembina Institute, B.C. doesn’t set adequate limits on tank venting, a common source of methane pollution.

B.C. also doesn’t mandate regular leak repair and detection protocols, which is the only proven way to cut down emissions at oil and gas sites over time.

In addition, B.C.’s rules do not require industry to use high-efficiency flares and combusters to burn off excess methane from active wells.

B.C.’s rules also don’t allow for the use of new or emerging technologies that might make methane detection easier and cheaper, says the Pembina Institute.

Lastly, B.C.’s rules do not commit to annual and transparent reporting on compliance.

The province’s Oil and Gas Commission, for example, has not issued a report on flaring, a major source of methane emissions, since 2013. And it stopped reporting on the volume of methane vented by the industry in 2012.

The new estimate for methane from fossil fuels aligns with studies done by Howarth and others that found that industry has underestimated its contribution to methane leakage into the atmosphere.

Howarth’s most recent research suggests that one-third of the increase in all global methane emissions since 2000 is due to shale gas development in North America.

Anthony Ingraffea, also at Cornell University and an expert on the impacts of fracking, said the Nature study added more weight to his own research that found shale gas wells leaking as much as six per cent of the gas being produced.

The research reveals “an emerging truth,” Ingraffea said. “The uncountable, and unaccounted for, bubbles of methane spewing from hundreds of thousands of active and abandoned oil and gas wells, and now from processing and transporting facilities, are largely responsible for the rapid rise in atmospheric methane concentration.

“And that rise is accelerating climate change, and controlling it is the only rheostat we have to slow warming in the next decade.”

Canadian scientists currently estimate that methane leaks and releases from the oil and gas industry compose the largest single source of methane in the country, accounting for over 40 per cent of total emissions in 2017.

But given the findings of the Nature study, that figure probably underestimates the problem. Under-reporting and underestimating methane pollution have become a persistent theme for the fossil fuel industry.

Throughout North America, studies have highlighted a growing discrepancy between official industry and government tallies of methane leakage versus what scientists have measured in the field with airplane monitoring and satellites, or on the ground with infrared cameras.

In 2018, for example, Stanford scientists calculated that methane emissions from 400 wells in six different U.S. gas fields were 60 per cent higher than estimates made by the Environmental Protection Agency.

As a result, the researchers estimated that the methane leakage rate for the industry was not 1.4 per cent a year, as estimated by the EPA, but 2.3 per cent. That means the U.S. shale gas industry now leaks enough methane every year to heat 10 million homes.

The same problem has been found in Canada’s oil and gas industry, including the oilsands.

In 2018, Canadian researchers measured methane being released in the atmosphere over Alberta’s bitumen mines by airplane.

They found five large open-pit mines were spewing up to 19 tonnes of methane an hour into the atmosphere, or 50 per cent more methane than industry and federal estimates.

In 2017, airplane measurements of methane over the Alberta-Saskatchewan border found levels three times higher than were being reported to regulators.

“This is an issue that people haven’t paid enough attention to, and these emissions are a lot greater than we thought,” said Carleton professor Matthew Johnson at the time.

Researchers also found the same underestimation in Saskatchewan’s Bakken shale oil wells, where the measurement of a number of wells found they were leaking much more methane than estimates predicted.

For years now climate scientists have argued that limiting methane emissions is one of the cheapest and easiest ways to slow the rate of climate change.

A 2015 study, for example, found that inexpensive methane reduction options could reduce global temperatures by 0.25 degrees Celsius by 2050.

But given the low price of methane in North American markets due to oversupply caused by fracking, indebted companies and utilities have little economic incentive to spend money to plug leaking wells and distribution pipelines. The climate benefits are large, but the financial savings are small, according to a University of Michigan paper.

The industrial-era flood of methane into the atmosphere first began with coal mining. It then accelerated with oil drilling, which often released methane as a waste byproduct.

Then came the development of a natural gas industry in the 1950s. That industry now leaks methane from well to furnace.

The fracking of shale gas in North America has added another spike of methane to the atmosphere.

Although identifying methane leaks and repairing them is fairly straightforward, a recent study in Environmental Research Letters illustrates the scale and complexity of the problem now facing government and energy regulators.

It reported finding 969 leaks and 686 vents (or intentional releases) from 36 sites consisting of 30 well pads and six processing plants owned only by one company, Seventh Generation.

Seventh Generation, which operates in northwest Alberta, participated in the study because it wants to market its methane as cleaner (with less leakage) than its competitors. 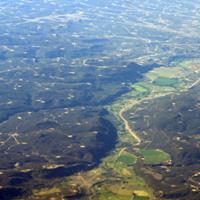 After the leaks were identified, researchers did additional surveys and found 90 per cent were successfully fixed. But they also discovered that “fugitive emissions reduced by only 22 per cent because of new leaks that occurred between the surveys.”

That rarely happens now in Canada.

According to the International Energy Agency, global energy consumption in 2018 grew at nearly twice the average rate of growth since 2010. Methane accounted for nearly 45 per cent of that growth in total energy demand.

Fatih Birol, the executive director of the IEA, believes that natural gas can replace coal-fired plants in some jurisdictions.

But he admits the fuel “faces its own challenges, including remaining price competitive in emerging markets and reducing methane emissions along the natural gas supply chain.”