Cryptocurrency exchanges had been “extremely challenging to understand” for the BC Securities Commission, which has had to beef up staff’s expertise to deal with the new asset class those platforms handle, Peter Brady, the regulator’s executive director, told The Tyee in an interview.

The BCSC oversees a province with an oversized Bitcoin presence. Brady said that while cryptocurrency issues are everywhere, Vancouver has a particular reputation for innovation and investing and “there’s always people” out to take advantage.

On Monday, the commission came out strongly against cryptocurrency exchanges as it announced it was making moves on two of them, saying “no crypto-asset trading platforms have been authorized” — adopting a sharper tone than that of previous statements.

The regulator’s action comes as authorities around the world grapple with an asset class that has become its own multi-billion-dollar industry and minted millionaires despite being barely 10 years old. “One of the key things” to be considered, notes Brady, is how to protect investors without stifling innovation.

Brady said no two cryptocurrencies are identical and exchanges, on which people buy and sell their coins, can have drastically different inner machinations.

“It’s relatively new technology, and it’s not like every investigator or even every consulting firm in Canada understands,” he said. “We’ve been sending our investigators for all sorts of world-class crypto-assets-investigation training.”

Vancouver has spawned the world’s first Bitcoin ATM, the country’s first registered cryptocurrency investment firm and numerous publicly traded blockchain companies. But the city’s reputation as a pioneer is not unique to cryptocurrency, Brady said. “Vancouver’s known for having a great sort of startup environment and known for its venture market.” 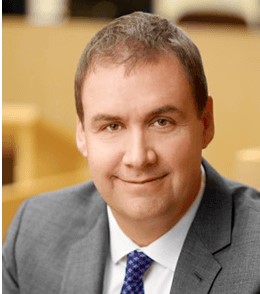 Peter Brady, executive director of the BC Securities Commission describes a cryptocurrency Wild West in BC yet to be tamed. ‘Before we can protect investors,’ he told The Tyee, ‘we have to have jurisdiction, and that varies case to case.’

For some, the issues with Bitcoin exchanges may bring to mind the days of the Vancouver Stock Exchange, rife with market manipulation. But Brady said there is a difference — Bitcoin exchanges are more of a Wild West. “Some of these entities are not even regulated by BCSC,” he said. “Unfortunately, there’s always people that will sort of try to take advantage of emerging areas.”

Vancouver’s oversized Bitcoin presence has led to attention on problems associated with the industry. Concerns about money laundering escalated to a potential ban on Bitcoin ATMs by Vancouver. QuadrigaCX, founded in that city, collapsed after its owner took to the grave a crucial password, and its users now claim they are owed more than $200 million.

On Monday, the BCSC said it was investigating ezBtc, which The Tyee revealed in July to be accused of owing users more than $60 million. It also said it had obtained a court order against Einstein Exchange, which has gone offline, leaving users claiming some $16 million. Both had come from Vancouver. 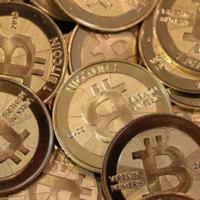 The commission deals only with securities and derivatives. When Quadriga imploded this year, the commission said it did not regulate it.

Now the commission is using stronger language in outlining how it may deal with cryptocurrency exchanges, even though the underlying message has not changed.

In July, the regulator also said its mandate “is limited” to certain financial instruments and cited an investor alert that says, depending on how it operates, an exchange “will generally not be subject to regulation.” The BC Securities Commission spoke with a different tone Monday, more strongly acknowledging it has a role to play in policing cryptocurrency activities.

While Brady declined to say what exactly the regulator was probing ezBtc for, a commission investigator said in court documents Einstein Exchange had “improperly used” customers’ assets.

Brady urged investors to be cautious, saying, “Before we can protect investors, we have to have jurisdiction, and that varies case to case.”