Abdul Hakim Nazem watches the countdown to September’s Afghan elections from his New Westminster, B.C. home with a sense of sadness and pain.

Despite laws guaranteeing the right to vote to all Afghan citizens, including those living overseas, Nazem will be among millions of people denied a vote in the Sept. 28 elections for a new president and other representatives.

“It is deeply frustrating,” said Nazem. “It is hard when you see that you are deprived of your right to play a role in your country’s political future, where you were born, raised and went to school.”

Nazem has lived in Canada for 22 years but said his connection to his native country is far too deep to be broken by living abroad.

Born and raised in Kabul, Nazem fled to Pakistan in 1988 before he moved with his family to Canada in 1997. At the time, the Afghan mujahedeen — a coalition of opposition groups — were resisting the Soviet invasion of the country.

Nazem, who has followed Afghanistan’s events closely, said it’s “devastating” to be denied his constitutional right to vote.

He said he temporarily returned to Afghanistan and worked as a civilian advisor for NATO for five years and advocated for expatriates’ right to vote with Afghan government officials, but in vain.

Around 4.8 million Afghans live outside their country, mostly in neighbouring Iran and Pakistan, according to the World Bank. The country’s population is about 35.5 million.

Canada is home to almost 84,000 Afghan expatriates. Europe, the U.S. and Australia are also home to hundreds of thousands of Afghan immigrants.

Afghanistan’s constitution guarantees citizens the right to vote and run for office. And the country’s Election Law recognizes the right of citizens living abroad to vote. The law also requires the Independent Election Commission to facilitate their participation.

But Abdul Aziz Ibrahimi, a spokesperson for the Afghanistan Independent Election Commission, said the commission has no plans to allow expats to participate in the coming election.

“We don’t have any plan for Afghan citizens living in Europe, America, Pakistan and other places around the world to participate and vote in the upcoming election,” Ibrahimi said in a phone interview.

“If they want to participate in the election and vote, they can come to Afghanistan, register and vote,” he said.

In the 18 years since the overthrow of the Taliban regime by U.S.-led international forces, Afghanistan has held at least three presidential and three parliamentary elections. Expats have not been able to participate.

Shir Hazhir, an Afghan-Canadian orthopedic surgeon who has been living in Canada since 2001, said Afghan officials can no longer justify their decision to disenfranchise expatriates.

Hazhir, who works as a technician at B.C. Children’s Hospital, said living abroad does not make him “less of an Afghan” and he has “deep mental and emotional connection” to his native country.

“It is absolutely not acceptable. Afghans who are living abroad want to take part in their country’s national processes,” Hazhir said. “We have not been stripped of our citizenships. Every Afghan has the right to vote and the right to run for office, and it is the government’s responsibility to make that possible.”

Naeem Ayubzada is an Afghan election expert who leads the Transparent Election Foundation of Afghanistan, a Kabul-based civil organization promoting electoral transparency. He said the Afghan government isn’t interested in making it possible for expats to vote. “We brought up this issue to them, but unfortunately they couldn’t come up with a logical reason why they can’t do that.”

Ayubzada said the election outcome would be significantly different if Afghan expatriates had the chance to vote.

“I’m 100-per-cent certain that it will dramatically affect the election result. Given that they are living abroad, they have a better grasp of issues, they have new ideas and ideals, and so they can be good voters in Afghanistan’s election,” Ayubzada said.

According to the International Institute for Democracy and Electoral Assistance, a Stockholm-based organization, 126 countries and independent territories offer some form of voting rights to their expatriates, up from 93 in 2006. The institute lists Afghanistan as a country with no “external voting” system.

Expats aren’t the only group unable to vote. According to a recent report by the Special Inspector General for Afghanistan Reconstruction, 46 per cent of the country’s territory is either under the control of the Taliban or being contested. 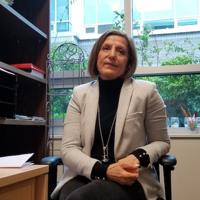 As US Meets with Taliban, Afghan-Canadians Watch and Worry

Security concerns are likely to make it impossible for voters in those areas to cast their ballots. The Taliban opposes elections and has prevented people from voting in recent years.

Last year, Afghanistan held its parliamentary election after three years of delay. According to the Independent Election Commission, only four million of the 8.8 million registered voters cast ballots.

The Afghanistan presidential election is scheduled for Sept. 28. Voters will also elect members of the country’s 34 provincial councils, as well as members of Parliament representing Ghazni province.

Eighteen candidates have registered to run for president, including the incumbent Ashraf Ghani and Abdullah Abdullah, the second highest official in Afghanistan, who is running for president for the third time.