During a municipal election dominated by the worst housing crisis in Vancouver’s history, Wai Young is campaigning for mayor on ripping up bike lanes. Yet her commitment to ending the “ideological war on transportation” goes much deeper than that. At a launch event this week for her party Coalition Vancouver, Young talked for over 20 minutes about the hassles and inconveniences that drivers endure. And if Young is elected mayor on Oct. 20, the former Conservative MP vows to deploy Vancouver bylaw enforcement against cyclists and pedestrians.

“Folks, besides the massive congestion, have you noticed the lawlessness that has grown annually on our streets?” Young told a large ballroom in South Vancouver that was packed with supporters of Coalition Vancouver. “Have you noticed the entitlement of the cyclists, the pedestrians and others who hinder or block traffic?”

Standing at a podium in front of a crowd some in attendance estimated at 1,500 people, Young said one of her first priorities in office would be to pass a “much more robust street and traffic set of city bylaws.” She’d create “a large contingent of bylaw officers who will enforce a basic respect for each mode of transport.” These officers would be re-trained to specifically target and ticket a pedestrian, cyclist or bad driver who “hinders the traffic flow or is endangering themselves or others.”

Young listed some examples. “We have all seen, I think, people on our roads that are disrespecting others. Who’s seen this? Who’s witnessed a cyclist whizzing past a senior?” she said. “Who’s seen somebody start walking even though the light is blinking and saying Don’t Walk?” In a written version of the speech circulated to reporters, which Young occasionally diverged from, she included some other examples: “walking on the street or bike lane” and “dangerously J-walking.”

For someone who’d remarked early in her speech that “we are going to take back our city and start working for Vancouver, rather than dictating to Vancouver,” this plan sounded vaguely authoritarian. Young assured the room that once pedestrians and cyclists learn to obey the law, the ticketing should cease. “The goal after a period of adjustment is to ticket no one,” she explained. “The goal is mutual respect.”

Some in the audience seem perplexed or indifferent to her plan. Attendees paid anywhere from $50 to $1,200 for tickets to the event. They seemed eager to get their money’s worth from the buffet at the back, which served lamb meatballs, butter chicken, pakoras, spring rolls and other dishes catering to the culturally diverse crowd Coalition Vancouver had attracted. “Shhhhhh,” Young said to the loudly chattering room a few minutes into her speech. “I know that people are getting food. I just wanted to share some very critical issues in our city.”

But there were also die-hard supporters who appeared to hang on to Young’s every word. I noticed one middle-aged man near the front who whooped and shouted “hear, hear” at various points during her speech. I approached him and asked what had brought him to tonight’s event. “On the Internet I saw a news article that the candidate Wai Young was going to keep the [Georgia] Viaducts and that really, really got me interested in her candidacy,” Aaron Broomfield explained.

Broomfield once studied at the British Columbia Institute of Technology downtown and he thought the decision by Vision Vancouver to tear down the elevated roads “doesn’t make any sense. That is such a convenient way for people who need to use a vehicle to get downtown and out of downtown.” As for bike lanes, Broomfield said that “to me and many people I talk to [they] do not make sense in a city that rains eight months of the year and has a lot of steep hills.”

Coalition Vancouver’s campaign slogan is “100% for the people.” But though Young railed against “big business, developers, unions, special interest groups” and City Hall elites, she didn’t seem to think “the people” she hopes to represent care much about housing. She dedicated a few minutes in a speech almost 40 minutes long talking about it. And most of that was to attack the idea, put forward by parties like Yes Vancouver, that single-family neighbourhoods be rezoned for denser housing.

“We do not need to high-rise our whole city through a mass rezoning of neighbourhoods and communities that is based on a flawed set of assumptions,” she said. Instead, she lashed out at the provincial government’s tax on properties worth more than $3 million — a tax fiercely opposed by homeowners in some of the city’s wealthiest neighbourhoods. “We will fight the NDP’s unjust so-called school tax,” she said. “It is nothing more than socialist capital appropriation of money. And in other words, it is theft. Victoria is stealing from you and we will fight this in court.” 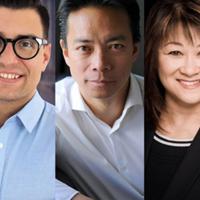 The Right-Wing Parties Battling Each Other in Vancouver’s Election

Young went on to claim that bike lanes “discriminate against seniors, against single moms and many other groups.” (Young had also made this point on Twitter, where she had received the following response: “Hey, I am a single mum. Please do not speak for me. I don’t own a car. I cycle everywhere. Protected cycle infrastructure keeps me alive, so I can care for my kids. Thanks.”)

Midway through her speech she seemed to allude to the language of Occupy Wall Street. “[Bike lanes] are a private elite luxury roadway system which benefits a very few in our society. Two per cent of the people should never dictate to 98 per cent of the people who live in our city.” Young called former NDP MP and independent mayoral frontrunner Kennedy Stewart a “socialist… who wants to raise your taxes.”

She closed out her speech with some remarks about Vancouver’s homeless people. “Is it ok for people to sleep on the doorsteps of businesses? To use our alleyways as bathrooms,” she said. “Remember when you were proud of Vancouver when visitors would come to visit? The past decade in Vancouver has been difficult because city hall has been focused on spending our tax dollars to restrict [traffic with] bike lanes rather than keeping our city clean.”

Young is trailing behind other mayoral candidates in the polls. Yet the capacity crowd at Coalition Vancouver’s launch party suggested Young is not the fringe candidate that some make her out to be. When the event was finished I needed to cross Marine Drive. There were no cars around, so I decided to jaywalk.