Who would’ve guessed the suggestion to rezone all of Vancouver would be taken seriously in an election?

In the midst of a housing crisis, a number of advocates and political hopefuls have been calling for more supply to solve unaffordability. A major solution they have touted is densifying neighbourhoods zoned for “single-family” housing, though there are different suggestions of what forms (apartment buildings, houseplexes, townhomes, etc.) and tenures (condo, rental, non-market, etc.) of housing should be welcomed.

The fact that zoning reform is being discussed at all — let alone at this scale — is “wild” and “profound,” a former six-term city councillor has said. Gordon Price, who was elected with the Non-Partisan Association (NPA) and held office from 1986 to 2002, told the Cambie Report civic politics podcast that zoning reform was an untouchable “third rail” issue for politicians in his day.

The supply-focused YIMBY (Yes In My Backyard) movement — which has also gained momentum in other pricey cities like San Francisco and Seattle — is changing that. It’s a new voice in a political conversation traditionally dominated by homeowners out to slow or stop development in their neighbourhoods.

In politics, Hector Bremner was elected to Vancouver city council in last year’s byelection with a platform based on zoning reform to create more housing supply. He was previously affiliated with the NPA, but is now running with a new party he formed called Yes Vancouver. It has fully embraced the principle of fixing affordability by allowing more of all types of housing all over the city, and fast.

OneCity, another young party, focused on making neighbourhoods more inclusive with zoning reform. OneCity candidates are pushing for rental and social housing to be allowed in neighbourhoods primarily reserved for detached houses.

Independent mayoral candidate Shauna Sylvester is also for zoning reform. Yesterday, she tweeted points from her housing platform: “Instead of just stacking people along big, busy streets and arterials or building condo towers at busy centres, I want to create opportunities for human-scaled homes in real neighbourhoods.”

And at city hall, staff have begun work on a plan called Making Room. Making Room aims to gently densify neighbourhoods of detached houses. So far, staff have proposed to allow duplexes on properties zoned for a single detached dwellings. Outgoing Mayor Gregor Robertson wants staff to go farther and look into the possibility of allowing “triplexes, quadplexes and other multi-unit forms to significantly bring down the purchase cost per unit of housing in low-density neighbourhoods.”

Aside from the fact that rents and home prices in Vancouver are taking larger chunks out of local income earners, revelations from 2016 census data (released last year) added extra urgency to this debate. The data revealed pockets of the city’s pricey west side were losing population.

Vancouver’s streetcar suburbs, mostly composed of detached homes, have never been tinkered with extensively by city hall. (Though they’re more diverse than the “single-family neighbourhoods” label suggests, with multi-generational families, basement suites and laneway houses.) However, the city has historically concentrated greater density and change on arterials, transportation nodes and former industrial land.

If city-wide zoning reforms do happen in a big way, Vancouver’s neighbourhoods are in for an evolution like never before.

What do Vancouver’s long-established neighbourhood groups have to say about these suggested changes?

Larry Benge, co-chair of the Coalition of Vancouver Neighbourhoods, opposes the city’s approach of implementing one set of rules across Vancouver.

“It strikes me as a broad brush approach to zoning where you are totally ignoring the uniqueness and character of neighbourhoods,” said Benge, who represents the West Kitsilano Residents Association as well as the umbrella coalition that includes 27 neighbourhood associations.

These groups have occasionally been called NIMBYs (Not In My Backyard, a term that often implies selfishness and entitlement) for their conservationist approach to urban growth.

“The fact is, it’s untrue that we’re all sitting out there feeling the only people we can elect is people who insist for nothing to change, like everything would be 1990 or something,” said Benge. “Talk to us and you’ll find out that we are different from those false assumptions.”

Benge says it doesn’t make sense for neighbourhood groups to be accused of being anti-change.

Benge’s suggestion is to create a city-wide plan, but with different guidelines for different neighbourhoods. This way, neighbourhoods can be planned based on their specific needs, he says. “Is it providing enough for renters? Is it planning for its homeless? Are there a variety of ownership possibilities?”

Benge doesn’t want new rules to encourage what he believes to be the wrong kind of supply: more market-rate housing than is necessary for locals. He is skeptical about the messages the real estate industry often uses to justify building more market supply.

“Divide that by year and down into all of the different neighbourhoods, that’s not an incredible tsunami at all.”

On the east side, Dana Cromie is the chair of the Grandview-Woodland Area Council, also part of the Coalition of Vancouver Neighbourhoods. He’s also worried about too much market supply.

“If every lot in the city is made available to be stratified, that would raise the value of all land in the city,” he said.

Cromie is a homeowner in a neighbourhood where 64 per cent of housing is rental. On and around his block, he’s seen one source of affordable housing disappear — old houses that were homes to groups of renters.

“With total renovation or new homes being built, none of [those rents are] affordable,” said Cromie. “People invest money with an expectation that there will be a return. That’s only sensible… What we need is affordable rental. And what’s affordable is non-profit, non-market housing. That’s what we should be building. Personally, I couldn’t afford to live here if I didn’t own a house. I couldn’t afford to rent today.”

But a supporter of the city’s gentle-densification plan says it will actually be good for Cromie’s neighbourhood because it’ll lighten the development pressure there.

“Some corners of the city have really been carrying the weight for the whole city,” said Bryn Davidson, co-owner of Lanefab Design/Build, which helps property owners develop full-size and laneway homes. “Change has to be done city-wide to bring fairness back to the process. It will take the pressure off of neighbourhoods like Chinatown and Grandview-Woodland, where there is a lot of existing affordable housing. It will take the pressure off of commercial corridors, where fine-grain storefronts and unique commercial properties are at stake.”

One city-wide success story is Vancouver’s decision to allow laneway houses in all neighbourhoods of detached houses, says Davidson. This helped “sprinkle” laneways across neighbourhoods rather than have one neighbourhood where entire blocks were transformed. There was originally some opposition to laneways from homeowners, until many saw they were a good way to add rental income, downsize without leaving the neighbourhood and house more family members on the same property.

“This was policy that homeowners could see themselves using,” said Davidson. “It was very different from Cambie Corridor [a plan for the land on and adjacent Cambie Street which sparked the redevelopment of detached houses into multi-family condo apartments] which was about cashing out, giving up your neighbourhood and moving somewhere else…

“I don’t think that’s the template of what we want city-wide. I expect that Making Room is an avenue for homeowners by creating new housing while staying in their communities and allowing their kids to stay.” 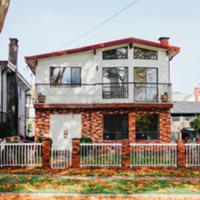 Davidson hopes the plan will stop concentrating density on busy roads and allow multi-family developments to be built in residential neighbourhoods where previously only detached houses were allowed. That way, dwellers in multi-family properties can also enjoy leafy areas with lighter traffic and closer proximity to parks and schools.

However, it’s still early days for the strategy, and the “devil will be in the details,” says Davidson.

The public hearing for the city’s plan to allow duplexes on single-family lots is on Sept. 18. But the Vancouver municipal election is on Oct. 20, and plans to rezone the city could change.

It promises to be an exciting and unusual race. Mayor Gregor Robertson is stepping down after three terms, there is a crowd of candidates from parties new and old, including high-profile independent candidates (independents are usually dismissible unknowns) and a splintered left and right. Whoever wins will inherit a complex housing puzzle.

“I’m looking forward to a balanced council in that no one has a majority,” said Benge of the Coalition of Vancouver Neighbourhoods. “Then councillors will actually discuss issues, actually negotiate issues and probably consult more to reach decisions.”