A week after suggesting a joint scientific advisory panel involving the B.C. government to “advance collaboration and alleviate any ongoing concerns regarding spill response capacity,” the federal government announced that it will defend Parliament’s “clear jurisdiction over interprovincial pipelines.”

The federal announcement was in regards to the reference question NDP Premier John Horgan’s government filed with the BC Court of Appeal under the provincial BC Constitutional Question Act to determine whether the province has the authority to seek permits from companies wanting to ship more bitumen through the province.

“There is a case of collective insanity,” said Elizabeth May, the Green MP for Saanich-Gulf Islands.

“The time for Catherine McKenna and Justin Trudeau and [federal Natural Resources Minister] Jim Carr to examine the science of a dilbit [diluted bitumen] spill, and the fact that they can’t clean it up, was before they issued the permit to Kinder Morgan. They promised evidence-based, decision-making,” said May, who referred to revelations by the National Observer that, in her words, “the fix was in.” The online daily news outlet reported that senior federal officials were told to, in May’s words, “provide a legally justifiable set of conclusions to get to yes.”

In a 10-page, Nov. 18, 2016 letter to Prime Minister Trudeau before the Liberal government approved the project, BC Green Party leader Andrew Weaver, a climate scientist before he entered politics in 2013, warned that “contingency planning for spills, accidents or malfunctions, during construction and operation of the project are not supported by rigorous science.”

Weaver said he never received a reply, nor has he, with an academic background in ocean physics, been asked by federal officials for his expert opinion (politics aside) on the consequences of diluted-bitumen spill from the Trans Mountain pipeline.

Two major studies have examined the issue of spills. One, on the effects of oil spills into Canadian marine waters released in 2015 by an expert panel of the Royal Society of Canada, concluded that more research is required “to better understand the environmental impact of spilled crude oil in high-risk and poorly understood areas, such as Arctic waters, the deep ocean and shores or inland rivers and wetlands.” The other study, published in 2016 by the U.S.-based National Academies of Sciences on the “environmental fate, effects and responses” of diluted-bitumen spills from pipelines, also cited the need for further study to address “diluted bitumen’s behaviour in the environment under different conditions, its detection when submerged or sunken, and the best response strategies for mitigating the impacts of submerged and sunken oil.”

May said the National Energy Board [NEB] “refused to accept” the findings of the Royal Society report “because it came too late in the process to be fair to Kinder Morgan, which didn’t want it entered into as evidence.”

“The Royal Society said we need more science because, as a fact, no one knows how to clean up dilbit. And unfortunately, it appears to me, that the government of Canada is preferring answers that they like to promote the pipeline,” said May, who was an intervenor in 2014 to 2016 at the NEB hearings on Kinder Morgan’s Trans Mountain pipeline expansion project.

“The only study that was accepted by the NEB into whether bitumen mixed with diluent could be cleaned up was one submitted by Kinder Morgan that was not peer-reviewed and published, and which was done over a 10-day period in Gainford, Alberta. Tests were done on various-sized tanks and a five-gallon pail, using fresh water to which salt was added and stirred. They put in bitumen mixed with diluent and it floated. It was literally laughable.”

May said that Natural Resources Canada has conducted a similar study in Alberta, yet she added that research, dating back to 2015 and done at the Bedford Institute of Oceanography by the Department of Fisheries and Oceans (DFO) using actual seawater, found that bitumen and diluent separated, and the bitumen formed oil balls around bits of particulate and sank.

“I’m wondering if the Trudeau administration is muzzling the scientists at DFO so it can pump up the so-called scientists at NRCan to promote the test in Alberta, instead of mentioning that DFO has done a study with seawater that shows that dilbit can’t be cleaned up.”

Weaver agrees. “There is no example anywhere in the world where more than two per cent of a diluted bitumen spill has been cleaned up,” he said.

“We don’t need another study. What we need is to not transport that stuff across our borders — and that is what British Columbia is trying to underpin through its reference case. That there is real concern about our inability to clean up a diluted bitumen spill.”

Burnaby South NDP MP Kennedy Stewart who, like May, is facing a civil-contempt charge arising from their arrest in a March 23 civil disobedience action against Kinder Morgan’s pipeline expansion, said that he sent a letter last October to Mona Nemer, following her appointment as Canada’s Chief Science Advisor, requesting that she “undertake a report on the characteristics of bitumen and, in the event of a marine spill, the extent to which this substance can be expected to float or sink” — noting that “no consensus has emerged” to date.

“I think the very first letter she received was from me, and it took about six weeks to get an answer, and in the end, she refused my request,” said Stewart, a public-policy expert who recently served as the federal NDP’s science critic.

In a reply to his letter, Nemer wrote that the “resources” allocated to her office “would not be sufficient to allow us to respond to the requests of all the members of Parliament.”

McKenna was unavailable for an interview with the Tyee. However, her press secretary explained in an email that “the proposed scientific expert advisory panel would build on the existing body of knowledge developed by Canadian and international scientists over the past few decades, and ensure that measures to safeguard Canada’s oceans and coastal communities continue to incorporate expert advice and Indigenous traditional knowledge, as well as ongoing scientific research. The panel would aim to ensure provincial and Indigenous partners across Canada are equipped with the best available science and evidence concerning spill prevention and response measures,” wrote Caroline Thériault.

“Canada has already contributed to developing a significant body of work to study oil spill behaviour and recovery technologies, through extensive research conducted in the public domain by some 50 scientists, technologists, chemists and engineers in four major programs, and peer reviewed domestically and internationally.”

Weaver said that British Columbians feel more like they have been gobsmacked by the “war” over Trans Mountain that Ottawa has declared on their province, particularly when it’s leading the country on addressing climate change with a carbon-tax rate of $35 per tonne of carbon dioxide equivalent emissions that will rise to $50 per tonne by 2021.

“There’s a generation of young British Columbians who feel profoundly betrayed and disenfranchised by Mr. Trudeau on climate change, Trans Mountain and his commitment to ending the first-past-the-post electoral system. They will not be voting for Mr. Trudeau in the next election,” said Weaver, who mainly voted Liberal in federal elections until he joined the Greens in 2013.

“Heaven forbid we even had Harper back. I worked in the field of climate science for 20 years. But I am now looking back, somewhat fondly, at the non-action of Stephen Harper as opposed to the regressive approach being taken by Justin Trudeau. He’s doing stuff in the wrong direction. This is the kind of taste that’s left in our mouths in B.C.” 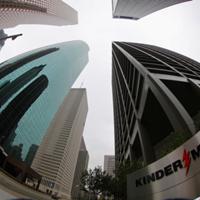 Weaver believes that the federal New Democrats and Greens will benefit from such antipathy toward the governing Liberals in next year’s federal election.

He also sees a cross-country ripple effect occurring as a result of Ottawa’s actions on Trans Mountain that will impact federal-provincial relations and spark a new era of Western alienation.

“Mr. Trudeau is on the wrong side of this argument, and, whomever he is listening to, has resulted in him doing precisely what his father [former prime minister Pierre Trudeau] did in the early 1980s when he implemented the National Energy Program and planted the seeds for Western alienation and the rise of the Reform Party in Alberta. Like father, like son. His son is doing exactly the same thing by trying to impose [Trans Mountain] in British Columbia.”