When the Canadian Observatory on Homelessness came out with a definition of Canadian homelessness in 2012, it didn’t sit right with executive board member Jesse Thistle. Which is odd, considering he spent his 20s cycling in and out of homelessness.

“[They] framed it around being unhoused, and there’s a range of unhoused conditions. And I was like, this is not articulating my experience as an Indigenous person with prior [homelessness] experience,” Thistle said in a phone interview with The Tyee last week.

His fellow board members listened and asked Thistle if he, now housed and an academic, wanted to take the lead on defining homelessness from the Indigenous perspective.

Thistle agreed and, using his connections through the Canadian Observatory on Homelessness, built a national advisory committee of Indigenous scholars and service providers to help guide him.

From January 2016 until August 2017, Thistle consulted with these committees, whose participants also included Indigenous people with lived experience of homelessness and community representatives.

He also considered definitions of Indigenous homelessness created by Indigenous people in Australia and New Zealand, as well as work done by Alberta’s Aboriginal Standing Committee on Housing and Homelessness, and Homeward Trust Edmonton.

“Kind of makes my head spin when I think about how much I had to talk to people,” Thistle said.

The resulting definition, released at the Canadian Alliance to End Homelessness conference in Winnipeg last week, is as complex and comprehensive as the consultations themselves.

Unlike the conventional definition that references a lack of adequate, affordable shelter, Thistle found enough common ground among consultants to create a definition of Indigenous homelessness with 12 unique dimensions:

While there is overlap with the more broadly known definition of homelessness, the unique experience of unresolved trauma extending from colonial land theft, broken treaties and racist policies like the Indian Act and the ongoing removal of children from Indigenous families have led to a higher rate of homelessness for Indigenous people compared to the overall population.

For example, in Metro Vancouver alone, Indigenous people make up one-third of the region’s homeless population, but only 2.5 per cent of the overall population.

Margaret Pfoh, executive director for the Aboriginal Housing Management Association in B.C., appreciates how comprehensive the new definition is, relating it back to the 1989 Geoffrey York book The Dispossessed: Life and Death in Native Canada detailing the fallout of colonization for Indigenous people in Canada.

“I find it interesting that they refer to the dispossessed as well,” she said. “Breaking it down further into these 12 concepts is in some ways poignantly sad because nothing’s really changed [in 28 years].”

Grand Chief Stewart Phillip, president of the Union of B.C. Indian Chiefs, has seen firsthand the transformation that can happen when people have access to safe, adequate housing.

During his 24-year involvement with the Penticton Indian Band as council member and later band chief, Phillip witnessed how overcrowding in his community gave rise to a big spike in community and domestic violence in the early 1980s.

“If you were to drive through our community in the summer, the first thing you may notice if you looked in people’s yards was a weightlifting bench for doing bench presses,” he said.

“The second thing you might see is two vehicles pointing in opposite directions on the round, and all four doors open on the vehicles and people out in the middle of the road slugging it out.”

When Phillip became band chief in 1982, it coincided with a $14.2 million settlement his community received from the government, roughly $33.2 million in today’s dollars. After much community debate, the band decided to invest in 40 new houses for the community.

“There was all kinds of speculation that people would destroy the homes,” he said. Instead people took great pride in their new homes.

“And a phenomena happened in the community that hadn’t been witnessed for decades: people started to get married. Because they had a home, their own space; there wasn’t three or four families living under one roof.”

But 35 years later, those same homes need repairs and are becoming overcrowded again. Phillip says violence and substance abuse is already increasing: his living room is often filled with his grandchildren’s friends looking for a safe and sober place to hangout.

If more housing doesn’t come — and more options than the single-family houses that dominate most Indigenous communities — Phillip predicts the early 1980s levels of violence and substance abuse will return.

But communities need more than just homes. Phillip points to the First Nations community of La Loche, Saskatchewan, the site of a school shooting on Jan. 22, 2016, when a 17-year-old young man shot 11 people, killing four.

“During the media coverage of [the shooting], it was disclosed that the only facility in the entire community was a service station, and young people would go down there to buy candy and pop and hang out there. But there was no recreation centre, gymnasium, or any of those kinds of things,” he said.

“No cultural clubs or groups. Just something for young people to engage themselves in.” 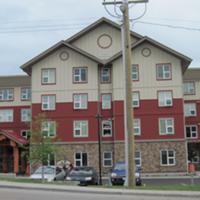 With a definition of homelessness this complex and all-encompassing, solutions won’t be as simple as building more housing.

For one thing, in order to secure government funding, service providers must be able to point to indicators of success to show funding is making a difference. But how, as one housing scholar already put to Thistle, do you measure the connection a person has to the Creator? How do you reclaim access to dispossessed land?

“I didn’t have an answer,” said Thistle, who refers to himself as the steward of the community knowledge on homelessness, not the sole creator of this definition.

“But the very next day a First Nation in Minnesota evicted a bunch of people who had leases on their land that weren’t from their band, reclaimed their land and housed their homeless people. So what I couldn’t see, the communities were already acting to fix. The answers to those dimensions are within the community themselves.”

Thistle’s work is far from over. More consultations with Indigenous people are required to create indicators for Indigenous homelessness and to measure “functional zero homelessness,” which under the colonial homelessness definition is when the number of people experiencing homelessness is equal to or lesser than the rate of housing placements.

In some ways, British Columbia is at the front of the pack in terms of Indigenous community-led solutions, says Pfoh.

“There’s a huge cultural misunderstanding that happens when you don’t have Indigenous leaders,” she said.

“AHMA is by Aboriginal, for Aboriginal: we have that automatic capacity to have conversations with Indigenous leaders that aren’t shadowed by misconceptions, mistrust, misunderstandings.

While he can’t create solutions on his own, Thistle mused on possible solutions, like ending the removal of Indigenous children from their families, which severs their connection to culture, language and community; funding language revitalization; honouring land treaties; creating urban reserves, while giving back or expanding existing reserve lands to match the rate of the growing Indigenous population — the fastest growing population in Canada — to allow for housing all community members.

Thistle is expecting some pushback. But he hopes Canadians will see there’s something to the idea that Indigenous people didn’t bring this homelessness epidemic on themselves, and that we all have a role to play in making it right.

“What we need to do is a total reframing of the way that the state and society interacts with Indigenous people. We’re supposed to treat each other as kin, that’s the underlying philosophy behind this,” he said.

“That’s what I’m talking about when I talk about all my relations.”