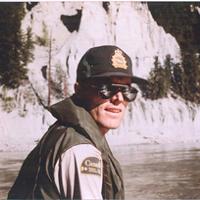 BC Becoming a 'Poacher's Paradise'

“We’re at potential risk for another stock to potentially collapse. It’s disconcerting that the department wasn’t aware of this, couldn’t wrap it up,” Julie Gelfand told reporters in Ottawa.

In her fall report, Gelfand said 15 of Canada’s major fish stocks, which are considered to be critically at risk, are still being fished. Twelve of those stocks currently have no government rebuilding plan in place — a number the commissioner said they weren’t even aware of until she had completed her audit.

“We gave them that number,” Gelfand said.

Newfoundland’s Grand Banks cod fishery collapsed in 1992 — an economic crisis that put some 40,000 people out of work and devastated rural fishing communities across Atlantic Canada. The once plentiful stock had dwindled to near extinction. The crisis forced Ottawa to impose a moratorium on fishing for northern cod, shutting down an international industry that had existed for more than 500 years.

The Department of Fisheries and Oceans’ science resources “are stretched” and “catch monitoring programs are not working to capture the information the department needs,” Gelfand said. “In addition systems used to manage fishing data are inadequate and inefficient.”

“Without a clear sense of how many fish there are and how many are being caught, it is difficult for Fisheries and Oceans Canada to ensure that fisheries are sustainably managed for the benefit of current and future generations,” the commissioner stressed.

Some 600 Canadian communities are economically dependent on the country’s fishing industry — a sector that employed more than 76,000 Canadians in 2014.

Gelfand said the Department of Fisheries and Oceans has accepted all of her recommendations and has established timelines to address the issues. The commissioner could not say whether those timelines were suitable to mitigate a potential stock collapse in time.

The Harper government instituted sharp cuts at Fisheries and Oceans, with $100 million cut from the department’s $1.9 billion budget over three years in 2013. The budget reductions saw some 20 to 25 per cent of the department’s staff let go.

The Liberals reversed some of those cuts in the 2016 budget — promising $197.1 million over five years, on a cash basis, to Fisheries and Oceans Canada “to increase ocean and freshwater science monitoring and research activities and to provide support for the Experimental Lakes Area in northwestern Ontario.”