The NDP's critic for BC Hydro, Adrian Dix, wants British Columbia's auditor general to examine the utility's practice of using predicted revenue from years far in the future to improve the government's finances today. 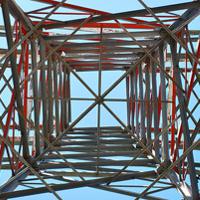 "They are essentially taking unapproved revenue from 2022 to 2024 and applying [it] to the present fiscal year, providing a misleading impression of BC Hydro's and the government's finances," Dix wrote in a June 8 letter to Carol Bellringer, the auditor general.

Dix asked Bellringer whether the practice meets generally accepted accounting standards and whether the government should have to correct the public accounts for recent years and the current year's budget.

The Tyee reported in April that Dix was concerned the government is using "rate smoothing" or "rate stabilization" accounts to move up about $1 billion in revenue that the Crown utility won't actually receive from ratepayers until after 2021 so that it is included as income for earlier years.

In his letter to Bellringer, Dix said the accounting practice allowed BC Hydro to transfer an extra $166 million to the government in 2014/15 and $250 million in the current fiscal year, 2016-2017, roughly the same amount as the overall surplus the province expects on its entire budget.

The amounts are significant, Dix said in an interview. "It's the whole surplus this year."

The provincial government allowed the creation of the accounts through a cabinet order after being warned that the regulator, the B.C. Utilities Commission, wouldn't allow them, Dix said. He called the practice a "misleading accounting trick" and said he doesn't believe it meets standard accounting rules.

'Open, transparent, and in line': Hydro

A spokesperson for the energy and mines ministry said in an email that the cabinet order was used to create the entire 10-year plan for BC Hydro rates, not just the rate smoothing account. "The framework needed to be put in place by [cabinet order] to ensure that the commitments government and BC Hydro made in the 10 Year Rates Plan were actually implemented."

Rate smoothing is intended to keep rate increases gradual and to spread costs over a longer period, said BC Hydro spokesperson Mora Scott in an email. "BC Hydro's use of regulatory accounts is open, transparent and in line with the directive issued by the Province's Treasury Board," she said.

"Our approach to recovering regulatory accounts provides the appropriate balance between achieving equity for current and future ratepayers while keeping electricity rates at a reasonable level," she said.

During budget debate in April, Energy and Mines Minister Bill Bennett said the government's accounting method spreads out the impact of BC Hydro rate increases and is "responsible."

"Certainly, I think, if you put it to the public and the business community, they would support the idea," he said at the time.

A spokesperson for Bellringer's office was not prepared to comment Thursday afternoon.