The soaring number of house demolitions in B.C. has prompted work safety officials to almost double the number of asbestos-prevention officers in the province, a move that could cost an extra $1 million a year. 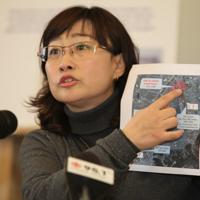 ''Because asbestos continues to be a hazard of the magnitude it is, we have put budget towards hiring another seven officers this year,'' said Scott McCloy, director of media relations at WorkSafeBC.

From 2006 to 2015, the wrecking ball swung into 26,632 residential units across Metro Vancouver with an annual average of 2,663 demolitions, according to a report.

Part of the asbestos exposure problem is being caused by pressed homeowners who are willing to hire the ''cheap guys,'' said Jerome Klett, who runs an asbestos-removal firm and has been in the business for more than 17 years.

''They wouldn't be in business if there weren't people to hire them,'' he said.

According to Klett, costs per house can range from $500 to $30,000, depending on the affected area of the house and the level of risk. There are fixed costs such as labour, incidental, and disposal costs.

Cracking down on 'wild west show'

''It was kind of a Wild West show on the residential side of asbestos removal,'' said Klett. ''It's only been now, in the last three or four years, when they've started trying to crack down on it but they've let it go for so long and it's gotten so bad they can't keep up with it.''

According to a WorkSafeBC database, inspections conducted by prevention officers resulted in fines totalling $648,959 imposed on companies that breached workplace regulations when handling asbestos in 2015. Penalties have ranged from $1,000 to approximately $130,000. From over 70 cases, 62 penalties were for residential sites, four were unclear, and two were for commercial sites.

''As long as the asbestos is not disturbed, workers are safe and families are safe. But if the asbestos is disturbed through renovations or through demolitions, that's when those fibres can enter the lungs of a person,'' said McCloy from WorkSafeBC.

More than 60 per cent of the fines handed out in 2015 were for repeated violations of the Occupational Health and Safety Regulation and Workers' Compensation Act.

But the B.C. Insulators Association's business manager, Lee Loftus, said penalties are not enough to regulate the industry. He said there has to be mandatory licensing of contractors and workers since currently any person with a business licence can open an asbestos-abatement firm.

McCloy said WorkSafeBC is open to the idea of mandatory licensing, but ''that would be considered an extra measure, protection.''

''It doesn't mean that workers will necessarily be any safer with certification than they are now,'' said McCloy.

If a worker does not dispose of hazardous material properly, the problem evolves from a safety violation in the workplace to a serious community issue. Neighbours, family members, bystanders, they can all get exposed to asbestos fibers.

''When they do the demolitions and they haven't done the testings and they run the excavator over the top of this thing, the whole surrounding area is contaminated with dust. And what do you find in that dust? You find asbestos in that dust,'' said Loftus. ''(Bystanders) don't know they are being exposed.''

WorkSafeBC is embroiled in a court case against Seattle Environmental Consulting Ltd., which is at the top of the list of several companies with violations. The firm racked up almost $280,000 in penalties since 2007 for knowingly providing false information and improperly removing hazardous material from demolition sites.

The company has paid none of the fines at the time, according to court documents.

Asbestos exposure has been the leading cause of all workers' deaths in B.C. for the past six years, according to WorkSafeBC data. In 2015, it was responsible for 44 per cent of all workplace deaths in the province, based on compensation claims.

WorkSafeBC estimates that asbestos-related fatalities will peak between 2015 and 2020, fuelled by a large number of workers who were exposed decades ago.

That's because a person affected by an asbestos-related disease takes decades to show symptoms. Once breathed in, asbestos fibers can remain in the lungs for years without being noticed. Several diseases are associated with the exposure to asbestos-containing products, such as lung and colorectal cancer, asbestosis, and mesothelioma.

Tracey Ford lost her father to mesothelioma in 2008, 18 months after he was diagnosed. It is an incurable form of cancer in the lining of the lungs caused almost entirely by exposure to asbestos.

''He and my mom, they had just started their retirement. They worked for decades, very hard, to have a long, healthy retirement and he didn't get that. So it was really sad,'' she said, a little teary-eyed.

Her father, Dave Ford, had a long career working as an electrician for a pulp and paper mill. Tracey Ford believes her dad was exposed to asbestos when handling wires and other products containing asbestos fibers.

''He was exposed through his workplace unknowingly,'' she said.

''Health and safety were a big deal to him. He was very safety conscious and if he had known, he would've taken whatever precautions were necessary. It definitely would've made a difference.''