Two long, hard-fought and so far unsuccessful campaigns to organize WestJet employees have turned a spotlight on the company's use of employee associations to keep out unions. 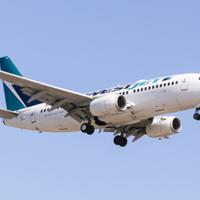 A group of WestJet flight attendants are trying to organize a union, but after more than two years have yet to sign up enough members to win a certification vote. And last year, 55 per cent of the airline's 1,300 pilots rejected unionization in a vote ordered by the Canadian Industrial Relations Board.

WestJet has made a determined effort to stay non-union, unlike its competitor Air Canada, said David Camfield, coordinator of the University of Manitoba's labour studies program.

The Calgary-based airline's employee associations -- under the umbrella of its "Proactive Communication Team" (PACT) -- are a key part of its strategy.

Employees have to pay dues to PACT, created by WestJet 17 years ago. There are units for flight attendants, pilots, maintenance crews, customer service staff and baggage handlers. Representatives are elected by employees and meet with company representatives to discuss workplace issues.

Such employer-sponsored associations are not new (see sidebar). But Camfield noted that PACT "is a more developed, elaborate system" than most, but one still "designed to deter industrial organizing by workers and to maintain a non-adversarial relationship."

Employer-sponsored worker associations -- once known as "company unions" in the U.S., or "yellows" in France to distinguish them from communist "reds" -- have a long history.

One famous example was created in 1914 by William Lyon Mackenzie King, who would later become Canada's prime minister. After 16 striking U.S. coal miners were massacred in Colorado that year, he was hired by mine owner John Rockefeller to try to soothe workers' anger, reduce conflict and prevent inroads by the United Mine Workers of America. His recommendations included creation of a company union.

The U.S. government banned company unions in 1935, but in Canada firms like WestJet and Magna International continue to develop the approach. -- David P. Ball.

PACT chair Antonio Faiola was unavailable for an interview. But in an emailed statement, spokeswoman Farhana Rahman said the in-house association supports "open and honest dialogue between WestJetters and WestJet leaders."

"Our representatives are elected and trusted by their peers to advocate on their behalf at all levels of the company, including at WestJet's board of directors," she wrote. "These are all benefits that we believe a traditional union model cannot provide."

"It provides some figment of an organization for workers," Camfield said. "But it serves as an obstacle to them actually forming a union. It actually doesn't give workers any power at all."

The association is part of the company's strategy to avoid unionization, he said. "The kind of approach it's taken to its relations with the workforce stress its informality and fairness -- a 'you can talk to us' kind of approach."

"Unlike a real union, PACT exists at the sole pleasure of WestJet," said Doorey, author of The Law of Work. "It's no surprise WestJet prefers PACT to a real airline union."

Its members cannot legally go on strike, he said, and don't have labour law protection from company reprisals.

"If PACT actually decided to raise a stink about anything on behalf of employees," Doorey said, "the company could just ignore it." The association isn't certified by the Canada Industrial Relations Board to represent employees in collective bargaining.

The company's branding and its "Owners Care" motto are built on its reputation for good employee relations. An employee share purchase plan allows workers to buy company stock with a percentage of their earnings, matched by the company. WestJet also has a profit-sharing plan for employees.

The company is lauded in the human resources sector for its emphasis on co-ownership, teamwork and promoting the common interests between management and staff. A survey of Canadians by Netherlands-based firm Randstad named WestJet as "Canada's Most Attractive Employer" three years running, and Maclean's magazine has included it in its top workplaces listings.

But organizers of the flight attendants' union drive say there is another side to its efforts to stay non-union.

Daniel Kufuor-Boakye is treasurer of the WestJet Professional Flight Attendants Association. He's one of three leaders of the organizing effort fired in the last year, terminated Jan. 15 after the company accused him of uploading satirical videos to the internet mocking leaders of PACT. The association is appealing the firing to the industrial relations board, alleging it was motivated by "anti-union animus."

Kufuor-Boakye said there is "almost a hatred of unions" in the company culture.

An email last June from WestJet CEO Gregg Saretsky warned employees that "Having a union as your exclusive bargaining agent would have a significant impact on the nature of your employment and the way the company and employees interact with each other."

Kufuor-Boakye said the fear of unions has made it difficult for the association to convince 40 per cent of the 2,600 flight attendants to sign membership cards, the threshold for triggering a secret ballot vote on unionization.

That fear was among the reasons that organizers decided to launch an independent union, rather than seek the help of the 635,000-member Canadian Union of Public Employees, which represents Air Canada attendants.

Model tested when times get tough

The effort is continuing despite the Calgary airline's dismissal of three members of the association executive, including Mandalena Lewis, who on Monday launched a class action lawsuit over her firing and the company's handling of allegations she was sexually assaulted by a pilot in 2010.* (Her allegations haven't been tested in court. The company denies it failed to act on her complaint.)

Pilots also launched their union drive through the independent WestJet Professional Pilots Association. But after the failed vote last August, the association said it was in talks with the world's largest pilot union, Air Line Pilots Association International.

Camfield said employees in workplaces like WestJet often want to organize an independent union, rather than join a large organization like CUPE. But while independent organizing efforts can succeed, "many eventually join a bigger union because it's very difficult to go it alone."

Co-operative labour relations models like WestJet's may "work for a while, sometimes for a long time," Camfield said, particularly during profitable times when wages and benefits are improving.

But as Canada's airlines continue their cutthroat, high-stakes skirmish for the skies, competition and rising costs will create pressure to cut expenses.

"If the company begins to lay people off, weakens their benefits, or freezes or reduces wages, the bloom can come off the rose," Camfield said.

Union drives at WestJet may face an uphill battle, but activists say they aren't going away. And the union drives themselves signal that not all employees are convinced the airline's in-house employee associations provide enough representation, Doorey said.

"There is real employee discontent at WestJet," he said, "that real unions may soon be able to take advantage of."