A federal government audit has slammed the National Energy Board, the agency responsible for policing 70,000 kilometres of pipelines in Canada, for not doing its job and properly protecting public safety. 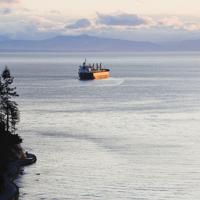 In an extensive 31-page report, Julie Gelfand, the Commissioner of the Environment and Sustainable Development, found that the controversial NEB "did not adequately track company implementation of pipeline approval conditions, or consistently follow up on deficiencies in company compliance with regulatory requirements."*

Furthermore, the Commissioner observed, "the Board needs to do more to effectively adapt and evolve to keep pace with pipeline project proposals, the corresponding public interest and expectations, and recent regulatory changes."

The NEB, a federal agency based in Calgary, is responsible for regulating pipelines, "energy development, and trade in the Canadian public interest," but has been heavily criticized for the way it has managed public hearings, treated First Nations and avoided key issues such as climate change impacts in its pipeline decisions.

Approximately $162 billion worth of oil and gas travel every year through 73,000 km of federally regulated pipelines, which cross international or provincial borders.

The commissioner found that the NEB's tracking and documentation of pipeline approval conditions (every pipeline is approved with specific safety conditions) was not adequate for 24 out of 49 cases the audit examined.

The inadequacies varied, but in some cases the NEB records on company compliance were simply missing, out of date or inaccurate.

In addition, the commissioner also found that the board was doing a poor job of following up on documented pipeline problems by ordering companies to correct them.

In 42 files, the commissioner noted 22 instances in which the NEB had failed to follow-up and check if the companies had actually repaired the leaks, corrosion or identified problem.

"In one case, for example, a Board inspection had detected numerous liquid sulphur leaks. While the Board had obtained a corrective action plan from the company, it did not conclude whether the corrective action had actually been implemented."

The audit also found that the NEB was behind in reviewing emergency response manuals, which guide companies on how to respond to major leaks and spills. "Deficiencies still remained in ensuring that company emergency response procedures were complete and up to date," said the report.

In response to the audit, the NEB promised that by December 2016 "the Board will clarify and enhance its processes so that company compliance with pipeline approval conditions is tracked and documented more systematically."

The NEB is facing ongoing challenges to recruit and retain specialists in key areas such as pipeline integrity and regulatory compliance.

$25 billion worth of projects in limbo

Many of the issues raised by the audit were brought to the public's attention four years ago by whistleblower and former TransCanada pipeline engineer Evan Vokes.

In 2012, Vokes, a pipeline materials engineer living in Calgary, told The Tyee that some of the nation's major pipeline companies were breaking the rules on pipeline safety and that NEB was not adequately enforcing them.

Vokes also filed a lengthy complaint against the proponent of the Keystone XL line with the board.

It took the NEB two years to investigate Vokes' allegations before it finally released a report on the company's management practices, which confirmed that the company was not complying with the law on a number of safety issues.

Approximately $25 billion worth of pipeline megaprojects, all designed to move low-grade and high-cost bitumen to coastal ports for export, now remain in limbo due to public opposition, rising climate change concerns and low oil prices.