A non-profit group that over six years held contracts to help patients provide input on health policy in British Columbia says it has been sidelined by the B.C. government, and that the $6.9-million contract is now being offered to a multinational corporation. 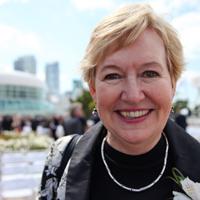 It's That Time of the Year for MLAs to Declare Gifts, and Spouse's Earnings Too

Many of the patients who volunteered for the Patient Voices Network when it was run by the Vancouver non-profit ImpactBC say they won't participate when the company Deloitte LLP takes over.

"In talking with other volunteers, they're really upset by the idea this was done without any consulting, any awareness," said Sherry Peters, who in the last year has volunteered to share with health care professionals her perspective as someone living with an autoimmune disease.

Many of the volunteers have shared private, confidential information about their experiences with conditions that are frequently stigmatized, such as mental illnesses, Peters said. They trust the people they've been working with at ImpactBC, forming relationships that are unlikely to develop with Deloitte, she said.

The Patient Voices Network is part of an international movement over the last decade to include patients in health care discussions so as to improve care. Roles could include providing a patient perspective on the management of a long-term care facility, drug listing decisions, educational materials or improving a hospital's services.

Peters said she and other volunteers are worried that Deloitte will instead use the network as a way to do market research for the firm and its clients, a service it advertises to drug companies and others. "I'm just not willing to be part of that," she said.

No decision made, says minister

The Health Ministry's request for proposals process closed in August and the three-year contract was to begin on Aug. 28, 2015, according to the bid documents. But as of this week, the deal remains incomplete.

"No decision has been made at this time," Health Minister Terry Lake said this week. "We are still formulating a decision on that, and I've asked my deputy to do a little more work on it."

The network's perspective is needed, Lake said. "Patient Voices is extremely important to public policy," he said. "We think patients should be at the centre of all health care decisions, but we have to follow proper government procurement practices, so we've done a [request for proposals]. That process is not finished."

Despite Lake's comments, assistant deputy health minister Doug Hughes informed ImpactBC by email and phone on Sept. 23 that the group had lost the competition and that the government was awarding the contract to Deloitte, said Joyce Sandercock, a board member at ImpactBC since 2012.

"I've come down from my incandescent rage to a slow simmer," she said. "The whole situation is due to incompetence in the Ministry of Health."

Running the Patient Voices Network constituted about 90 per cent of what ImpactBC did, Sandercock said. The group heard no complaints about its performance, it met the deliverables required in its contracts, and the number of patients volunteering their voices was growing, she said.

The government previously tried to direct award a contract to ImpactBC, but that decision was challenged, so the ministry had to launch a full request for proposals process, she said. The scoring in that process failed to recognize the advantages that ImpactBC would have with its existing network of volunteers, she said.

Sandercock noted that in marketing materials available on its website, Deloitte advertises that it is available to biopharmaceutical companies to help them understand patient experiences and the impact the companies' products have on patients.

The materials also say that Deloitte's medical affairs division is involved in "restoring the public perception that the focus of biopharmaceutical companies is on driving health, and not profits."

To Sandercock, that sounds like Deloitte is likely to have uses for patient input it gathers in B.C. that are in the interests of other companies, not the public. The patient input project involves unpaid volunteers, she said, and the government is "handing it over to a for-profit company."

'Starting over at ground zero'

The Patient Voices Network under ImpactBC has been effective in B.C., and including patient voices in decision-making has been shown to improve health care and benefit the public, Sandercock said.

Now ImpactBC staff have moved on, the agency closed at the end of October, and the B.C. government is "starting over at ground zero," she said.

"People should know the ministry is not doing its job properly, and it has real consequences for our health," Sandercock said.

Several sources, including NDP health critic Judy Darcy, told The Tyee that two-thirds of the 700 volunteers in the Patient Voices Network have declined to have their personal information shared with Deloitte and therefore won't continue with the program.

A spokesperson for Deloitte in Toronto did not return The Tyee's calls by publication time.

Deloitte does a significant amount of business with the B.C. government. In the 2013-14 fiscal year, the government paid Deloitte and its related companies some $55 million under various contracts, including a review of Health Ministry data breaches and an audit of the Portland Hotel Society, neither of which required the company to compete for the work.

Cabinet minister Suzanne Anton's husband, Olin Anton, became a managing partner of Deloitte Vancouver in 2012, according to the website for the Chartered Accountants of B.C. There's no indication the Antons were involved in the request for proposals process.

According to the NDP's Darcy, it's unsurprising that so many volunteers would refuse to continue under Deloitte.

"They believe there's a conflict of interest," she said. "They've been doing this because they want to improve patient care, and they're now going to be enlisted by a corporation that works for some of the big private health care providers."

The government's decision is outrageous, she said. "It would appear this was treated like your regular procurement process that you might do for widgets or purchasing of equipment, when you're talking about patient voices in health care."

Darcy said the government has made its decision and informed the proponents, but could still do the right thing. "If the minister starts to backpedal, that would be wonderful news," she said. "Hopefully they will reverse this completely unacceptable decision."

The ministry says it cares about patient voices, but fails to show it, Darcy said. "Every single one of the ministry's discussion papers plastered all over the Ministry of Health website says patients should be at the centre of health care decision-making. Well, here you've got it, and the ministry's throwing it away."