The Ahousaht First Nation's swift rescue of 21 survivors of a deadly whale-watching accident near Tofino earned praise both for the Vancouver Island band and the Coast Guard's 19-minute response time. 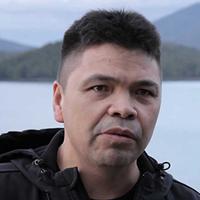 But critics within the Coast Guard remain concerned that cuts to the federal agency's services -- including the closure of the Marine Communications and Traffic Services (MCTS) centre in Ucluelet in April -- have increased risks on B.C.'s coast.

Distress calls that were dealt with by the Ucluelet centre are now handled by the Prince Rupert MCTS centre, 650 kilometres away.

The Canadian Coast Guard sent The Tyee a detailed timeline -- to the second -- of its response after a whale-watching boat carrying 27 passengers capsized, killing five and leaving one still missing. All 21 survivors were rescued by members of Ahousaht First Nation.

3:50 p.m.: Within four minutes, the Joint Rescue Coordination Centre Victoria -- the only one on the West Coast -- tasked Tofino's Coast Guard station with the rescue.

3:51 p.m.: The local Coast Guard vessel radioed Prince Rupert to confirm they were leaving for the scene, six minutes in a Zodiac "fast rescue" boat, the Tofino 1.

4:05 p.m.: The Tofino 1 Zodiac arrived on scene 19 minutes after the initial call and "provided on-scene situational awareness to the rescue centre" in Victoria, although all survivors had been recovered by Ahousaht and were en route to ambulances waiting at Tofino's docks. -– David P. Ball

That's too far away, said two Coast Guard employees who spoke on condition of anonymity because they feared losing their jobs. The distance and a newly installed transmission system have created radio reception difficulties, and the Prince Rupert staff lack valuable local knowledge, they alleged.

Both problems were demonstrated in the Leviathan II sinking, the sources said, although the first Coast Guard boat was on the scene within 19 minutes of the first emergency call.

Clarence Smith was the first Ahousaht rescuer to arrive at the scene of the Leviathan II sinking, which left five dead and one missing.

But his distress call couldn't be clearly understood by Coast Guard staff at the Prince Rupert centre, according to one of the Coast Guard employees who overheard the call.

The message was clear to local listeners, the employee said. "It was very loud. The guy was talking about people in the water, there was screaming in the background."

Fisherman Tony Cook, who heard the call on his radio, told Ha-Shilth-Sa that "it seemed to take a while for the Coast Guard to 'clue in,' until another fishermen interrupted to say 'He's telling you there are people in the water, people on the rocks.'"

Smith described the location as "west of Bear Island," the local name for the eight-hectare rocky outcrop 14 kilometres west of Tofino.

But on maps, it's called Cleland Island. That appeared to create confusion in Prince Rupert when Smith sought help.

"The back-and-forth just went on and on and on," said the employee who heard the call. "'Bear Island,' the guy kept repeating."

MCTS staff in Prince Rupert and Victoria "cannot possibly know the intricacies of 27,000 kilometres of coastline," Abram said. "It's too much for one or two stations to handle when they don't have the local knowledge of the people like the heroes from Ahousaht First Nation."

In this case local Coast Guard staff at the Tofino life boat station, which remains open, were able to quickly dispatch their rescue boat Tofino 1 to the correct location.

"If the Coast Guard was waiting for Prince Rupert radio to dispatch them to the scene, there would have been a significant delay," one of the employees said.

Any delay -- even minutes -- can be critical in an emergency on B.C.'s unforgiving coast, both Coast Guard sources said.

The closure of the Tofino MCTS centre -- in fact located in Ucluelet -- and planned closures of similar centres in Courtenay and Vancouver, have been controversial. Once the stations are closed all communications will be handled in Prince Rupert and Victoria.

No one from the Coast Guard would be interviewed. Communications staffer Michelle Imbeau said in an emailed statement that "no calls went unanswered" during the crisis. A Coast Guard rescue boat was dispatched to the scene within six minutes of the emergency radio calls and arrived 13 minutes later, the statement said. (See sidebar for Coast Guard timeline.)

The Coast Guard sources said their employer has also reduced emergency capability by removing boats from the "majority" of the West Coast's 27 light stations. Most of the boats were taken in for repairs and have not been returned to service. They were not suited for rescue duty, the employees acknowledged, but light station workers have responded in maritime emergencies anyway.

In Tofino, the Coast Guard's Lennard Island lighthouse is about 15 minutes away from scene of the Leviathan II disaster. The lighthouse boat was removed in July and has not been returned.

Imbeau did not respond to questions about the removal of boats from light stations.

Not everyone was critical. Premier Christy Clark praised the response to the sinking.

"I have been a critic of the Coast Guard in the past for a failure -- a lack of co-ordination -- but not in this case," Clark said at a press conference last Tuesday. "It does appear the Coast Guard responded within minutes of getting the call."

The concerns about the response to the Leviathan II sinking echo those raised after an Apr. 8 bunker fuel spill in downtown Vancouver's English Bay -- where roughly 4.5 hours passed between the first emergency call and the arrival of a Coast Guard-contracted vessel, and nearly eight before an actual Coast Guard officer arrived on scene.

Six months earlier, a Russian cargo ship bearing hundreds of tonnes of bunker fuel nearly ran aground on the shores of Haida Gwaii; that incident saw a 14-hour gap between an emergency call and the arrival of a Coast Guard rescue boat.