The Conservative government is using inaccurate and outdated wage information to set pay rates under the Temporary Foreign Worker Program and could be driving down wages for Canadians, according to a Tyee analysis of data obtained by the Alberta Federation of Labour. 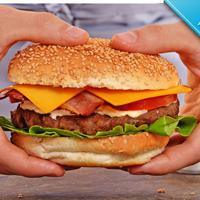 Employers have to show they are prepared to pay the going rate for a job before they are allowed to bring in temporary workers from other countries. The rules are intended to ensure employers can only bring in foreign workers once they've shown efforts were made to hire Canadians at prevailing wages.

But as recently as last year the government was using seven-year-old wage data to assess employers' claims that they were prepared to pay the prevailing rate in some sectors.

The government says it's now gathering wage data from employers' listings on its Job Bank website.

But the labour federation says employers can easily manipulate the listings to keep wages low for temporary foreign workers. That in turn drives down pay for Canadian workers, the labour group says.

The federation submitted an Access to Information request for the federal government's list of prevailing wages for a variety of trades 16 months ago and only recently received the information.

The sources for the wage rates varied. Some were based on Employment Insurance statistics and labour force surveys. Others were provided with no indication of how they were determined.

At least until April 2014, the government relied on seven-year-old data to set prevailing wages in some regions. The Temporary Foreign Worker Program wage standard for carpenters in Windsor-Sarnia was based on the 2007 rate of $17.30 an hour. The federal government's own fair wage rate for a carpenter on a federal job in that region in 2011 was $27.80 hourly.

"It's such a bad model," Vipond said. "The government of Canada is not collecting good information, so we have to rely on this completely employer-driven ad bank to determine the prevailing wage."

Critics argue it's easy for employers to post jobs at low wages to manipulate the system. There is no guarantee jobs were filled at that rate, or that candidates didn't negotiate better pay before accepting a position.

An Alberta wage and salary survey found the prevailing wage for a carpenter is $31.23 an hour. But advertisements on the Job Bank were mostly offering between $28 and $30 per hour. If employers win approval to bring temporary workers at the lower rate, they save $2,300 to $6,000 a year per employee.

The approach opens the system to employer abuse, says Vipond. "They have all the power in that situation to post the job at whatever rate, claim that they didn't get anybody, and then bring someone in at a prevailing rate that is based on that job advertisement," she said.

Vipond said the ATIP response showed that in many cases the federal government's figures for "prevailing wages" fell or failed to keep up with the cost of living.

The federal government's "prevailing wage" for plumbers in northeastern B.C. dropped 68 cents from 2011 to 2012, for example, and the $24-per-hour standard was not increased until at least March 2014.

That's the same period when employers were allowed to bring in more temporary foreign workers. The number of temporary workers in Canada climbed from about 100,000 in 2002 to roughly 400,000 in 2012.

Vipond said the Temporary Foreign Worker Program and the International Mobility Program, which has even fewer safeguards to stop employer abuse, are contributing to wage stagnation.

"We feel like the immigration system in this country needs to be fixed," Vipond said. "We need to stop bringing people in as workers and bring them in as potential citizens."

An Employment and Social Development communications staffer said in an email that when no regional wage information is available on the Job Bank website, provincial or national rates could be used.