[Editor's note: Every day in this long election campaign, the party leaders follow their scripts. They talk in carefully crafted language about the issues they think offer political advantage, and avoid the ones that carry risk. But are they talking about what matters to ordinary citizens? Tyee reporter David P. Ball approached voters in B.C. with one question: What do you hope for after the election? We'll share their stories in the weeks before the Oct. 19 election.]

At 56, Laura Cairns knows what it's like to try to get by for years on minimum-wage jobs. It's like a treadmill, she says, one on which you're always falling behind. 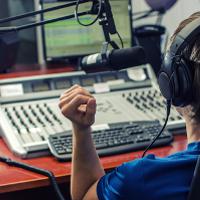 "You're exhausted," the New Westminster resident said of the relentless quest for part-time work after a decade caring for her mother with Alzheimer's and dementia. "You're having to work all these hours with no break seven days a week, just to put a roof over your head that you only use at nighttime to sleep in, then you're going back to work. They keep you so desperate because you have to feed yourself."

Cairns is far from alone. One in 15 Canadian workers is paid minimum wages set by each province, Statistics Canada reported last year. For the majority of those one million people, minimum wage increase are less than the rise in the cost of living, a recent Canadian Labour Congress report concluded.

Cairns bristles at the misconception that minimum wage workers are youth in starter jobs.

"Back in the '70s, that's kind of how it was," she recalled. "But that mindset -- the idea that you work for low wages until you go through college, then your career takes off -- it hasn't been like that in a long, long time."

Starting a few years before her mother's death in 2012, she could only find jobs through temp agencies. They paid her minimum wage, while charging the employers twice as much.

"In my age bracket, they really don't want to hear from you. Even though I have all these qualifications from my prior experience in management of hotels, retail, office and transport, I'm down to scraping toilets, restoration work or working in warehouses."

It's a tough existence, with little chance to recover from setbacks. For Cairns, "life events" including vet costs when her dog had to be euthanized put her into debt. When temp jobs dried up for two weeks last Christmas, she slid deeper into the red.

"You want to keep up and get your bills paid, but there's no wiggle room at all," she complained. "You have to steal from Peter to pay Paul all the time."

As part of this Tyee series on B.C. voters' hopes after the Oct. 19 federal election, we asked Cairns for hers.

"After the election," she pondered, "I hope that Canada becomes what it started out to be: A place where -- as is written in the Constitution -- you have the right to be able to sustain yourself in this country. And that we will be able to come up with a system that is not leaving people behind. People are being left behind big time."

All four main political parties talk about the economic well-being of what they call "ordinary Canadians" pillars in their campaign rhetoric.

But it's difficult to find specific proposals that respond to Cairn's hopes for Canada after this election.

The Conservatives' answer is not higher minimum wages, but a strong economy and job creation. "I think the vulnerabilities that are there are best addressed by a long-term plan, a low-tax plan, a balanced budget plan," Harper said.

The Conservatives have made changes to Employment Insurance. In 2012, they required recipients to accept lower-wage jobs in sectors outside their past experience and even relocate to find work. If re-elected on Oct. 19, Harper has pledged to cut EI premiums that Canadian workers pay by 39 cents per $100 earned, from $1.88 earned to $1.49. For someone working 40 hours at B.C.'s minimum wage, that will mean about $1.63 a week in additional take-home pay.

The Liberals see the Conservatives' economic approach as a disaster, despite the party's own promise to also reduce EI premiums by $0.23 per $100 earned. On EI, the party also said it would reduce waiting times for benefits.

"After a decade of Harper, Canadians have seen their personal debt rise and their job prospects shrink," Justin Trudeau said in a Sept. 15 press release vowing that the Liberals would invest $750 million a year in job training programs and encourage more apprenticeships.

A year ago, long before the election campaign began, New Democrat leader Thomas Mulcair announced he would make raising the minimum wage a key election plank. "It is unacceptable in a country as rich as Canada that people can work full time and still live in poverty," he said at a Vancouver event on Sept. 13, 2014.

The New Democrats promise to re-introduce a federal minimum wage that was eliminated in 1996 and raise it to $15 an hour by 2019. But the minimum wage would only apply to workers in federally regulated industries, like airlines and telecommunications. Many of them already are paid more than the proposed minimum wage; about 100,000 people across Canada would likely benefit.

The party has also pledged to crack down on payday loan companies it says exploit low earners with exorbitant fees, cap bank machine fees at 50 cents a withdrawal and ensure that Canadians have access to what it calls a "no-frills credit card with a fair interest rate" of no more than five per cent above the prime lending rate, or about eight per cent based on today's rate.

The Greens have pledged to gradually implement a Guaranteed Livable Income across the country "to ensure that no person's income falls below what is necessary for health, life and dignity," according to the party's platform. As a first step towards such an automatic top-up, Greens would implement a $15-an-hour federal minimum wage like the NDP. When it comes to Canadians' debt, Greens promise to tackle student loans by ending postsecondary tuition altogether and forgive federal student debt over $10,000.

'It's about the bottom line'

After years of searching, Cairns finally found a retail job with a little security -- she's been guaranteed at least eight hours a week at $10.50 an hour, five cents above B.C.'s minimum wage. She doesn't blame the employers, however.

"They have to make a profit too," she said. "It's about the bottom line. This is the system we're in. So raising the minimum wage is great, but they'll raise the cost of living to offset those costs."

Cairns isn't impressed with any party's campaign pledges on wages and debt.

"They're focused on the politicking, not on the issues," she said over a slice of pizza in the mall where she now works part-time. "It's about who can make the flashier promises. But let's roll up our sleeves and get down to business here."

Even the NDP's wage pledge is "barking up the wrong tree," she argued. It's no good promising a minority of federally regulated workers a $15-an-hour rate when that falls short of the cost of living in most Canada's centres.

Faced with the minimum wage treadmill and paltry offerings from all the candidates, she believes real change will come through collective action. That's why she joined the B.C. Association of Community Organizations for Reform Now (ACORN), an organization of low-income members advocating a living wage and restrictions on high-fee payday lenders that push many into debt.

"Until we stand up and say we're not going to accept this crap anymore -- and regulate it so we can at least earn a certain amount of money to attain a certain standard of living -- we will continue sliding down the way we're going. People will go further and further into debt, become more and more stressed, and get sicker and sicker. There is a crisis, and people don't understand that."