During a campaign stop in North Vancouver today, Conservative leader Stephen Harper finally waded into a sizzling debate on the West Coast: Are non-resident real estate speculators to blame for our skyrocketing housing prices? 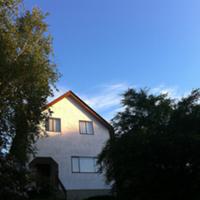 The prime minister didn't answer the question per se, but a campaign statement Wednesday suggested he's been watching the debate unfold and paying close attention to the views of some "real estate commentators" that "speculative foreign buyers are a significant factor in driving homes out of the price range of average families."

"If, in fact, foreign speculators are driving the cost of housing to unaffordable levels," Harper said, "that is something the government can, and should, find a way to address."

If re-elected to lead the country for a fourth term as prime minister, he vowed to collect "comprehensive data on foreign buyer activity in Canada's housing market" and committed to coordinate with the provinces -- which regulate the real estate sector -- to make sure that non-residents investing in the country's housing markets are not harming affordability for residents.

Harper said his government would devote up to $500,000 a year to obtain the necessary statistics on non-resident investors buying condominiums and houses across the country, as well as how many of those are occupied and how many left vacant.

The leader's call for data mirrors similar requests from federal New Democrat Member of Parliament Kennedy Stewart, who laughed when Tyee Solutions Society read him Harper's statement over the phone.

"He's a little late to the party, but it's nice that he's here finally," Stewart said with a chuckle. "The Harper government seemed completely uninterested in this until today -- he's had 10 years to do something about this and did nothing.

"It's rich that in the middle of an election he's all of a sudden in favour of more data and statistics, considering his war on science and he's decimated Statistics Canada. Now the rubber's really starting to hit the road with that one -- all of a sudden you can't understand what's happening in your housing market."

Harper added that other advanced countries similar to Canada already collect such comprehensive data. Some have gone farther, creating taxes to cool foreign speculation as have New Zealand and the United Kingdom, while Australia has even passed laws restricting the abilities of non-residents to buy housing.

Harper hinted he might do the same. Once data is available, Harper promised, "We will then take action in coordination with provinces to ensure foreign investment in Canada's housing sector supports the availability and affordability of homes for Canadians." And he suggested the Conservatives share thinking on housing issues with Australia's government.

Harper's focus on the foreignness of real estate speculators may also raise eyebrows when the money believed to be inflating the Vancouver housing market could be coming from anywhere, including the rest of Canada.

Some have argued that placing the blame for rising prices speculatively on foreigners has racial overtones that unfairly single out Chinese immigrants, many of whom are in fact long-time permanent residents here.

Vancouver's Mayor Gregor Robertson said in a July interview with Tyee Solutions Society that "it would be useful to see the data" on the residency status of home buyers. But he also distanced himself from presuming that they are from outside Canada.

"There's been a lot of discussion about foreign ownership," Robertson said, but added that framing the problem around foreign buyers isn't as helpful as focusing on "empty homes and the profit-related activity -- that's where we need to focus our efforts."

Whether Harper can keep his promise is also questionable. While the prime minister has access to federal immigration data and housing information held by the Canada Mortgage and Housing Corporation, data related to real estate transactions as well as property taxation are held by provinces.

B.C.'s deputy premier and minister responsible for housing, Rich Coleman, told Tyee Solutions Society earlier that he has no plans to collect new data on the citizenship or residency of homebuyers in the province.