A new report from Canada's largest private sector union says Stephen Harper and his Conservatives are running the most poorly performing economy the country has seen since the end of the Second World War. 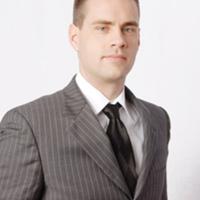 Unifor economists Jim Stanford and Jordan Brennan compared economic data from nine governments of Canada (excluding short terms like Kim Campbell and John Turner) since World War II. They found Harper's performance is the most dismal, with Brian Mulroney in a distant second.

"The Harper government ranked last or second last in 13 of the 16 indicators," Stanford said.

He said when all the categories are added up to give a cumulative score, Harper grabbed an 8.05 out of nine. Nine is the worst possible score.

Brennan and Stanford included extensive lists of data used for their rankings, so skeptics can see the information for themselves.

Economist Mike Moffatt of Ontario's Mowat Centre, an independent think tank, reviewed the report and said it holds up to scrutiny.

Moffatt said the figures in the report are accurate, but more context would help explain why the economy has performed poorly.

"They were kind of selective in what they chose to report," Moffatt said, suggesting the authors could have analyzed more categories favourable towards the government, like household wealth. "That's a mild issue with it, but overall a lot of the more obvious economic indicators have been rather poor over the last eight or nine years, which this report points out."

Moffatt added the number crunching and raw data in the report was "fantastic."

Stanford said the 2008 financial crisis doesn't wash as an excuse for Harper's performance because the other nine governments ranked had their own challenges, such as 9-11 and the Korean war.

The difference, he said, is that the current government's "misplaced" emphasis on austerity has slowed the recovery from the 2008 recession.

"In a number of areas their policies are clearly aimed at restraining wage growth and undermining the bargaining position of workers," he said. "That has contributed to the stagnation of personal income and the rise of household debt."

Stanford said the biggest issue has been the inability of the Conservatives to encourage investment from the private sector.

Trickle down economic theory and tax cuts have been a miserable failure for the Canadian economy, he said, pointing out the U.S. economy is "roaring" at the moment and Canada is not latching on.

The report rates Lester B. Pearson as the most successful prime minister when it comes to economic performance, scoring an overall 2.41.

Listed as the second most successful is the sworn enemy of Conservatives, Pierre Trudeau.

The country's economy saw a slight contraction in the first quarter of this year. Two quarters of contraction in a row indicates the country is in a recession. The results for the second quarter will be released in September.