Justin Trudeau will have to do more than pledge to fix what he calls a broken Ottawa to win back would-be supporters, say opponents of the recently-passed Anti-Terrorism Act. 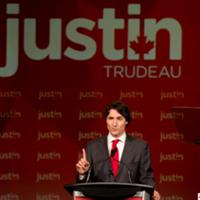 Want Electoral Reform? Get Trudeau On Board

"People who care about their civil liberties and want to see a leader of the country who's on their side are still going to have trouble voting for Trudeau," Anderson said. "I think he fundamentally eroded people's trust."

Opponents of Bill C-51 say it impedes too much on Canadians' privacy and could be used to stifle dissenters of government policy due to some of its stipulations of what can be considered supporting terrorism.

The Liberal party spoke out against the law, but opted to still support it with the promise to make changes if elected.

'Canadians do not trust their government': Trudeau

On Tuesday, the Liberals released a look at what else they would do if victorious in this year's election.

The plan, titled "Real Change," explains how the party pledges to release government documents by default unless there is a good reason for not doing so, and end the "harassment" of political charities.

It also pledges to save home mail delivery and unmuzzle scientists, who say they have been denied the chance to explain their publicly funded work to the masses.

"After a decade of Stephen Harper, Canadians' faith in government has never been lower," reads an opening statement from Trudeau in the document. "The reason is simple: Canadians do not trust their government, because it does not trust them."

Anderson said he agrees with Trudeau's sentiment, but he's having trouble buying the line about government trust from the Liberal leader. He alleges that Trudeau has already played politics with civil liberties in supporting C-51.

"His rhetoric is not adding up to what he's doing in practice," Anderson said. "He had the clear opportunity to show that he has the ability to stand up for Canadians and to recognize when he's made a mistake. I think a lot of people would have found that pretty refreshing."

He said other Bill C-51 opponents he's spoken to feel the same way.

Meanwhile, a former Conservative party organizer and administrator of the online conservative forum Free Dominion said that were it not for the Liberals' support of C-51, she would have considered voting for the party based on today's plan.

Connie Fournier recently rebooted her forum with the aim to oust Stephen Harper over the anti-terror legislation. In previous years she was a big backer of Harper's party, harkening back to her days as a member of the right-wing Reform Party.

The modern Conservative party was forged with the 2003 union of the Progressive Conservative Party and the Canadian Alliance, which had grown out of the Reform Party movement. In 2006, Harper also ran on a platform of transparency and accountability following a Liberal corruption scandal.

Reached by phone during a long-haul trucking journey with her husband, Fournier said she thinks the Liberal plan reflects many old Reform Party talking points crafted to woo disillusioned Harper supporters. She said the plan plays to members tired of the leader because he's abandoned his principles, such as government transparency.

"It's so obvious that's the people they're going after," Fournier said.

She said some initiatives in the new Liberal plan, such as Senate reform and a promise to hold more free votes in the House of Commons, were big issues to Reform party members during the 1990s.

Because Reformers strongly rejected Justin Trudeau's father, former prime minister Pierre Trudeau, Fournier said it's hard enough to get them to support the Liberals before factoring in his support of C-51.

But she said it would have been far easier had he not supported the legislation.

"I think he would have had more of a chance, because he would have demonstrated he can take a stand," Fournier said. "(But) he might be able to sway some people."