For nearly a decade after the birth control pill made its debut, it remained illegal in Canada. The sexual revolution was in full swing south of the border by the time contraception was dropped from the Criminal Code, and women in this country could plan their pregnancies without breaking the law. 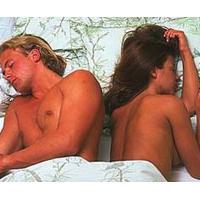 Morning After Pill Gal Tells All

Today, there is a dizzying list of options: The Pill. The Patch. IUDs. Diaphragms. Condoms. An injection. The vaginal ring. Contraceptive implants. Your womb, your choice, right? Not quite.

When federal employee Siobhan Hutchinson wanted to switch from birth control pills to the hormone-releasing intrauterine device Mirena, she was shocked to find out that her extended health care benefits would not cover the cost of anything but the pill.

At first Hutchinson was disappointed. Then she was incensed. Because when she began digging, she discovered that her male colleagues could be reimbursed for up to $500 worth of erectile dysfunction drugs annually.

"I'm furious about it," she says. She's not alone. It's the pill or nil for many extended health plans in Canada.

The Public Service Health Care Plan is one of the largest private plans in the country, covering more than 600,000 federal employees and their dependents. Other insurers have similar contraception coverage guidelines.

Individual coverage plans are negotiated with employers but Manulife's website lists birth control devices (IUDs are devices) as general exclusions from its extended plan, along with anti-impotence drugs, vitamins and treatments not approved by Health Canada, among other things.

This month, she and her colleagues are continuing a sweeping women's sexual health survey that began last fall to gather information that has been tracked in other western countries for decades.

The U.S. Center for Disease Control has been conducting such surveys since 1977; the U.K, since the late 1980s. Introduction letters have gone out to selected homes inviting eligible women ages 14 to 49 to take part in the Canadian Sexual Health Survey.

Confidential interviews began in Williams Lake, Invermere and Prince George on April 15. The research has been approved by the B.C. Women's Hospital and Health Centre and the Canadian Institutes of Health Research.

As far as health care coverage goes in Canada, it's still 1969.

"If it comes down to gender, then it's unfair and it's also short-sighted, because preventing pregnancy can be very cost effective," says Lyba Spring, a sexual health education consultant who spent 30 years in sexual health education for Toronto Public Health. Different methods of birth control work for different women, she says, but cost affects the choices a woman will make.

"If a woman chooses a contraceptive... it should not come down to what she can afford," Spring says. And it doesn't seem to.

The monthly price of pills is in the range of $15 to $30 a month, depending on the brand. The Mirena IUD costs about $350 up front and lasts for up to five years. A non-hormonal IUD -- also approved for use up to five years -- costs $95 and Depo-Provera, an injection effective for three months, $45. All work out to be less expensive on a monthly basis than oral contraceptives, Hutchinson points out. A vaginal ring, which releases hormones over a month, runs about $23 and an Ortho Evra patch $32 -- about the same as many oral contraceptives.

"It's insane, and it has nothing to do with cost," Hutchinson says. "They're spending that $500 for men so they can have sex but they're not willing to spend it for women, which I think is so sexist and so shocking."

Women throughout history have tried their best to thwart nature. In medieval Europe they wore amulets to ward off pregnancy, and centuries ago Chinese women drank concoctions of lead and mercury. Many died. Ancient Egyptian women used cotton-lint tampons soaked in the fermented juice of acacia plants, and London ladies relied on cocoa butter suppositories until the mid-20th century, according to Planned Parenthood.

Oral contraceptives themselves were inspired by Mexican women who ate wild roots that contained hormones preventing impregnation. The first birth control pill was approved in the United States in 1960 and appeared in Canada by 1961, but it could only be prescribed for medical reasons other than birth control in this country. Doctors wrote prescriptions to "control menstrual flow" until 1969, when a bill brought forward by then-justice minister Pierre Trudeau decriminalized contraception. It was the same contentious piece of legislation that legalized abortion.

The average age of a woman at her first birth is now 30 years old. That means the average woman spends half of her reproductive life trying to prevent her first pregnancy, says Dr. Wendy Norman, the Canadian Institutes of Health Research chair in family planning and public health research. It's a long time to remember to take a tiny tablet at the same hour every day, rain, shine, or around life's daily dramas.

"Of course, many of the hormonal methods of birth control show on paper as being 99 per cent effective, but what we know is the efficacy that they get in drug trials is not the same when you get into real life," says Norman.

Studies have found that "forgettable" contraceptives -- like an IUD that is inserted into the uterus and effective for up to five years -- result in less than one pregnancy per 100 women per year in "real life," says Norman, an associate professor in the department of family practice at the University of British Columbia and head of the Canadian Contraception Research Team based at BC Women's Hospital. Daily or monthly methods result in six to nine pregnancies per 100 women per year in actual practice.

"In the lives of real women and real couples, if you can put in place something like an IUD or (implants)... these methods work for three, five, seven years without even having to touch them," she says. "The default is: you're protected."

Canadian women don't even have access to the most effective method of birth control, Norman says. Implants have been available to women in more than 80 countries for as long as 15 years, but Canada is not among them. Studies have shown the hormone-releasing bar, inserted under the skin of the arm for up to three years, is 99.9 per cent effective in real life. That's one unintended pregnancy per thousand women.

That would be the ideal, Norman and Spring agree: free birth control methods of their choice available to Canadian women. Nearly half of all pregnancies are unintended, and 31 per cent of women have at least one abortion in their lifetime, statistics show.

"What the organizations providing insurance... aren't taking into account is that if you've got nine pregnancies per hundred women per year on the pill, you're going to be losing employee time off work with unintended pregnancies," Norman says.

Hutchinson found out from a co-worker that she, in fact, could be reimbursed for non-oral contraceptives -- as long as her doctor wrote a prescription for a medical reason other than birth control.

"That's a step that I shouldn't have had to take, and I didn't know that until someone else told me," she says. "I know plenty of women who I work with who haven't known that, and they've been paying. This one woman I work with, she's been paying for NuvaRing out of pocket for five years."

So, is saving money really the reason that most health insurers deny benefits for non-oral contraceptives?

The stance is uncomfortably similar to the Catholic Church's look-the-other-way approach to birth control, which is banned except for non-contraceptive medical problems. Under such archaic rules, a lot of women end up with false diagnoses of unbearable cramps or heavy blood flow.

There are at least 20 group health insurance providers in Canada. Sun Life Financial and Manulife are two of the largest. Sun Life did not respond to requests for comment. Manulife spokeswoman Rebecca Freiburger says the company's standard contract covers oral contraceptives, intrauterine devices and diaphragms.

Diaphragms, a dome-shaped rubber cup filled with spermicide and placed high in the vagina, have a real-life effectiveness of about 84 per cent.

Despite repeated emails to the Treasury Board, which oversees benefits for the federal public service, no comment was forthcoming. Meanwhile, a spokesman for the Public Service Alliance of Canada said in an email that the union has been asking for non oral contraceptive to be covered for members since 2012. "This coverage restricts women's ability to make meaningful and healthy choices about contraception and about their bodies,” said Chris Aylward, national executive vice-president of PSAC. "We will continue to challenge this decision by the government which limits a woman's right to make contraceptive choices.”*

Hutchinson did write to the National Joint Council of the government and the public service. The response gave no reason for hope that the exclusion would end any time soon.

"The plan covers over one million Canadians, supplementing coverage provided by provincial/territorial health care plans. However, the plan cannot cover all medical products and services or the full cost of increasingly expensive health care supplies and services," she was told in an email response.

"Difficult decisions must be made as to what will be covered, considering the overall cost of the plan." Supplementary health plans like the Public Service Health Care Plan are not intended to cover all available health benefits, it says. The plan does, as Hutchinson found out, cover erectile dysfunction drugs.

"The needs of plan members and the cost of the plan must be balanced in determining which benefits will be covered."

Wendy Hope, spokeswoman for the Canadian Life and Health Insurance Association, an industry organization, says some plans do cover an array of contraceptive options.

"It depends on the plan and what the plan sponsor wants," Hope says. "It's a competitive industry so it's up to the negotiation between the employer and the insurance company in putting together a package."

This month, she and her colleagues are continuing a sweeping women's sexual health survey that began last fall to gather information that has been tracked in other western countries for decades.

The U.S. Center for Disease Control has been conducting such surveys since 1977; the U.K, since the late 1980s. Introduction letters have gone out to selected homes inviting eligible women ages 14 to 49 to take part in the Canadian Sexual Health Survey.

Confidential interviews began in Williams Lake, Invermere and Prince George on April 15. The research has been approved by the B.C. Women's Hospital and Health Centre and the Canadian Institutes of Health Research.