At the same time that the British Columbia health ministry was cracking down on alleged data breaches in 2012, it was actively discussing selling patient health information to private companies. 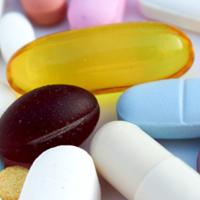 Those Firings at the Health Ministry Were Bad for Your Health

"This is what was happening concurrently with the process around the health firings -- a significant effort by the ministry to conceal the opening up of health information for private hands," said Adrian Dix, the MLA for Vancouver-Kingsway.

Referring to 32-pages of documents the government released recently through the freedom of information process, Dix said, "It's laid out pretty explicitly in there that was the direction they were going in."

The records include notes on meetings starting in April 2011 between representatives of the Ministry of Health and Life Sciences BC, an industry group whose members include drug and biotech companies. The industry sought access to personal records such as drug prescription information and the government's linked databases, claiming the data could help B.C. become a leader in clinical research.

The most senior attendees at the 2011 meetings were John Bethel, then an assistant deputy minister of health, and Don Enns, the president of Life Sciences BC. Since 2012, Bethel has been a partner in the accounting firm Ernst & Young's Vancouver office.

"Life Sciences BC believes there are two opportunities to drive revenue, without compromising privacy," draft meeting notes from April 1, 2011 said. One was "gathering health outcomes data through post-marketing surveillance/patient studies in British Columbia."

The other opportunity to generate revenue was the "sale of aggregate data from BC's Health databases." Aggregate data is consolidated data relating to a number of patients, so that it can't be traced back to a specific patient.

The government was open to Life Sciences BC's idea at the time, according to the meeting notes. "The Ministry has interest in discussing this topic further, provided that PharmaNet data is used only on an aggregate basis, with no disclosure of any personal or individual information."

But in the background, ministry staff had serious concerns.

Senior research methodology analyst Deanna Amos and chief data steward Chris Norman drafted a Nov. 18, 2011 briefing note for Graham Whitmarsh, then the deputy minister of health. "While Life Sciences BC identifies that their industry's primary interest is in aggregate data, their proposals speak to the value of data linking opportunities, which would not normally be contemplated with aggregate data," they wrote.

Amos and Norman questioned what kind of "linkages" Life Sciences BC hoped to make with the data and whether that would make it possible for researchers to identify individuals.

"It is important to note that even if an industry's proposed access is to aggregated data only, once data linkages or data mining are involved, there is a high risk of re-identifying the data," they wrote. "This is especially true if the data is linked with other non-health personal data that may be available on the data purveyance market."

Life Sciences BC had argued that providing access to the data would both produce health benefits and generate revenues, Amos and Norman acknowledged. "Health data... is seen by some stakeholders (such as Life Sciences BC) as having tremendous untapped potential in pursuing population and public health outcomes, and deriving unrealized market value," they wrote.

"Other stakeholders, because of its unique sensitivity, view health data as needing special care and protections from secondary uses, especially by industry."

They also pointed out that B.C. has laws that prohibit giving industry access to PharmaNet data to use for market research.

Life Sciences BC proposed striking a "blue ribbon panel" drawn from academia, industry, legal, privacy and other stakeholder groups to discuss the issue, but the government instead steered it to the Data Stewardship Committee, which already existed and was chaired by Bruce Carleton at the University of British Columbia.

"The committee is exploring future opportunities that advance patient outcomes through the use of B.C. health data," Carleton wrote to Life Sciences BC's Enns on May 9, 2012. "As a next step it would be helpful to discuss more specific questions regarding industry access to health data." Carleton invited Enns to submit a specific proposal, possibly three, that they could discuss.

It's unclear from the records if Enns followed through on Carleton's invitation, but around that time the Ministry of Health launched an investigation that likely derailed it. The investigation would eventually lead to the firing of seven employees and a freeze on access to data from the ministry. Margaret MacDiarmid, as health minister in Sept. 2012, said the investigation in part involved data breaches and that the RCMP had been notified.

MacDiarmid also said there was no evidence that anyone had benefitted financially from the breaches and that the data had been used for nothing other than public health research. The government has since apologized for most of the firings, settled with six of the employees, two of whom have returned to work for the ministry, and said it no longer wants the RCMP to investigate.

Whatever happened to Life Sciences BC's bid for data access, it is not front of mind for Terry Lake, who has served as health minister since June 2013. When The Tyee recently asked Lake for an update on the discussions with Life Sciences BC, he said, "I'm not aware they've been asking for greater access to data."

The NDP's Dix said it's ironic that the government was firing researchers who were doing work in the public interest at the same time that it was discussing selling data to private companies. "There was pushback in the ministry, for obvious reasons," he said.